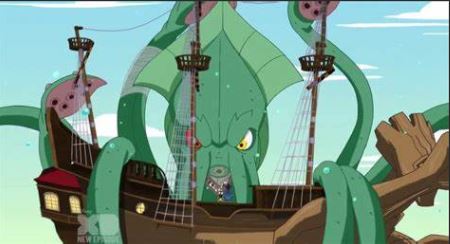 OK. She is no more ‘Director-Elect’ than Sleepy Joe Biden is ‘President-Elect’, but if they say it, so can I.

In Sidney Powell’s case, however, there is a very good chance she is Trump’s new FBI Director, while Joe Biden we can hope will never be ‘President-Elect’—in large part, thanks to Sidney, Rudy Giuliani, Lin Wood and other attorneys now defending Trump’s win.

My old corporate accountant in Haiti, Jean Marie Pierre Alex Vitale, called such seemingly complex schemes like the one to steal the U.S. election,  “organised confusion.”

He used to tell me to ignore the layers of disguise and focus only on the goal of the scheme, “which is stealing something.”

So lets field-dress this beast, while giving enough detail to prove we’ve done our homework—so I don’t get in trouble with our Editor, Nurse Ratched.

They are all crooked-Dominion Systems, Smartmatic, SGO Corp Ltd. and the ‘fronts’. But don’t let them confuse you, it’s Scytl they use to scuttle elections

Now they steal elections—but they don’t make the money.

The ‘fronts’, political hacks and Globalist owners of Dominion, Smartmatic and others selling the elections by ‘fixing’ them reap the big bucks.

In fact, they bankrupted Scytl in late 2019 and moved the critical servers to Frankfurt, Germany just before the 2020 Trump re-election to put them under Angela Merkel’s protection.

Spain was too weak and couldn’t protect the secrets. The Globalist Frau Merkel, was the most formidable Globalist, so she was ‘the man’—and oddly, the first world leader to call on Trump to ‘concede’ the election he had just won by a landslide.

Very telling, no? And how was Frau Angie so sure of Biden’s win while the votes were still being counted—and in some States—still being illegally fabricated as ‘cover’ for the digital switch?

Scytl are the hacker kids in the back, working for the criminals—it’s the Merkels, Soroses, Pelosis, Feinsteins, Clintons, etc. the usual world-class criminals with strong ties to the CCP—who ran the scam.

Scytl just switches the votes in the system from their paymasters’ choice of loser to his/her choice of winner—and deletes votes if the opponent happens to be winning ‘bigly’, just as we documented last week Trump was doing on election night.

It appears that there has never been such a landslide win in U.S. history—which is why the fraud turned so blatant around 4 a.m. the day after the election—by law—had ended.

The Democrats trucked hundreds of thousands of freshly made ballots—marked only for Biden with no down-ballot votes—into Michigan, Wisconsin and Pennsylvania to provide physical cover for the Scytl vote switch already plugged into the data—via the servers in Germany.

And by doing their dirty work outside the U.S., they thought they were jurisdictionally protected if the Dominion/Smartmatic fraud ‘fronts’ were ever detected.

But that may not be how this one works out for the cabal.  Read on.

So, here’s how it works

Trump goes up by hundreds of thousands of votes where only 3% was programmed into the ‘flip’ as the required fraud, because the Democrat press and party believed their own nonsense and fake polls.

“How could people vote for Orange Man after we’ve told them he is ‘BAD’ for four years?”

But the Smartmatic software requires input. “What do we do now that Trump is the runaway winner?”

The gnomes in Barcelona were told—we now believe by CCP backdoor operators—to ‘switch’ 100,000 votes—or whatever amount was needed—from the winner to the CCP’s choice of president, Joe Biden.

We photographed it happening online (fortunately) as published in our last article. https://richardsonpost.com/howellwoltz/18850/soros-stole-the-election-fair-and-square/.

Scytl are just the wicked elves doing evil in the Dark for the Masters of the Universe—not the evil forces themselves—but they’re the key to taking down the whole plot, and according to FBI Director-elect, Sidney Powell, perhaps will allow her to take down the ‘plotters’ as well.

That’s why U.S. intel operatives who know what we know raided them a few hours ago in Frankfurt and took the Scytl servers—right out from under Angie Merkel’s nose.

So while the talking heads are screaming about the programmable Dominion machines and the Chinese coding that allows any approved entity to alter elections (including the CCP—as now exposed by Trump attorney, Lin Wood)—all of which is true—who is actually faking the votes back home in real time?

Scytl is the key, which by 2012, was being groomed by the Obama/Soros cabal for this purpose.

So they bought SEO Software with unspecified funding (Scytl was broke)—which then was the predominate software election program in these markets.

That, in essence, eliminated the competition

Unsuccessful test runs had been made in Australia, Ecuador, Switzerland, Norway, and Russia as they worked out the bugs—but then Venezuela was a home run.

They successfully rigged the vote to turn South America’s richest nation, Venezuela, into the third-world Socialist disaster it is today.

Between Soros-financed Dominion machines and Smartmatic software (with CCP source coding including backdoors to control results) they were ready for prime time.

They brought on the Clinton Global Initiative as partners—no global scam is complete without them—and it was game on in their plot to rule the world via fixed elections, a.k.a. ‘Democratic Socialism’.

They sold or gave shares to House Speaker Nancy Pelosi’s husband Paul, and put CCP-compromised Sen. Diane Feinstein’s husband as a Director of Dominion. (Senator Feinstein employed a Chinese spy as her ‘driver’ for 21 years and her husband is partners in numerous ventures with the CCP.)

They also compromised the Secretaries of now fraud-laden Democrat-run States with shares in the scam as alleged by Sidney Powell in the first clip, and assured their own re-elections by using the ‘scheme’ in their favour against challengers in their own campaigns.

A well thought out scheme with more layers than an onion—‘to steal something’—elections.

So why wasn’t an insider Joe Biden’s choice for VP?

In fact, that’s why Sleepy Joes was forced to choose her as his VP even after she castrated him in the Democrat debates calling him out as a racist on national television.

And by all reports, she will quickly replace Sleepy Joe as president.

Partner in Crime, Nancy Pelosi, has already prepared legislation for a ‘25th Amendment Committee’ (the fastest way to remove a president from office) and openly said it was not being done to remove Donald Trump.

Very telling—and right out in the open.  Even Sleepy Joe has slipped a time or two in his mumblings on the stump admitting Kamala Harris is the one who will rule—and she was even introduced as ‘the next President of the United States’ during the campaign.

OK. So that’s the plot and plan, but what are the moving parts?  How does that position them now?

According to investigative journalist, Ben K. Tallmadge, “In 2014, Smartmatic launched the SGO Corp Ltd in London whose primary asset is the election tech and voting machine producer with Lord Malloch-Brown as Chairman.

Kamala Harris’s husband’s law firm, DLA Piper, is one of the largest and longest standing international law firms operating in China, with over 26 years of experience working directly with the CCP. How’s that?

‘Mr. Kamala’ has a China Investment Services team comprised of 21 partners and 120+ Lawyers.  Pretty deep into the Reds, I’d say

That’s also why Kamala’s husband, Doug Emhoff, was kept almost completely out of sight during the election-fraud run up—to hide their bonds with Communist China, in my opinion.

Other than the Biden Crime Family’s ownership by the CCP via bribes and compromising ‘information’ (as seen on Hunter’s laptop), there are few politricksters in America with better CCP credentials than Kamala Harris’s hubby—the woman they all plan on being America’s next ruler.

We’ve reported ad nauseam how the Biden Crime Family is compromised by the CCP, but let’s summarise the other gangsters in this massive worldwide scheme to take down Donald Trump—and America—as you need to understand this, because it is how they are already planning to destroy your nation as well.

When Vice President Kamala Harris is elevated to the presidency, as all expected to happen soon after inauguration, her husband is attorney for and beneficiary of the voting fraud machine—and already partnered with the CCP to control future elections—including yours.

For the plot to succeed worldwide, they first had to get rid of Trump—and a free, capitalist, Constitutional America.

House Speaker Pelosi’s husband is an owner in the scheme, and it is she who will be in charge of picking winners and losers in her own caucus—to control Congress under Democrat Socialists.

Be on watch in your own nation for the CCP suck-ups in the political arena, and rest assured they are plotting the same for you.

Perhaps the oldest CCP asset in America is Senator Diane Feinstein, who was brought in on the scheme as well, and I see no other reason for it other than her decades long ties to the Communist Party and fortunes made via her husband in that association.

All three of these women, Kamala Harris, Nancy Pelosi, and Diane Feinstein, are radical Democrats from San Francisco, by the way—which is the centre of Chinese influence in America.

The software was created by the CCP, as disclosed by Trump attorney, Lin Wood just yesterday, with backdoors and direct access to ‘switch’ votes via Scytl employees in Barcelona, Spain, with backup servers now in Frankfurt.

But the servers that until just a few hours ago were housed in Frankfurt, Germany under protection of Globalist EU partner, Angela Merkel—are no longer there.

Yes. Something big happened—but ‘who’ has them?

The Scytl servers proving exactly what the Democrats/Globalists/CCP did on election night, are now under control of U.S. forces, according to Congressman Louie Gomert, as you saw in the short clip above.

The only question is, who controls those special forces?

Are they Deep State CIA operatives covering their own fraud, for example, who are presently refusing orders to turn over documents to their Commander in Chief over their part in the plot to take him down over the Russia Hoax?

Or were those soldiers acting on President Donald Trump’s command to save the world from becoming Socialist via rigged elections?

Unfortunately, we don’t yet know—but whoever has them has the power to expose all the tentacles of this Global plot—or hide it.

This will be a very interesting few days and we’ll do our best to find out the facts not being told by the Media Monopoly—who were also major players in this plot to destroy my homeland—and then yours. 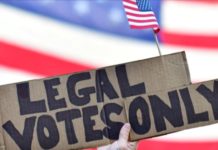 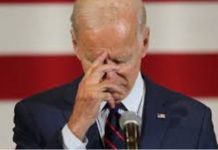 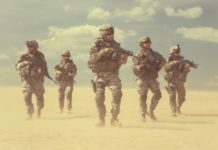 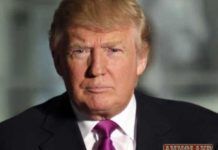 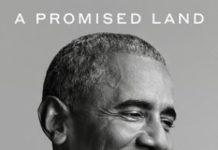 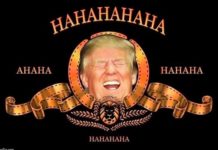 THE MYTH OF FREE HEALTHCARE