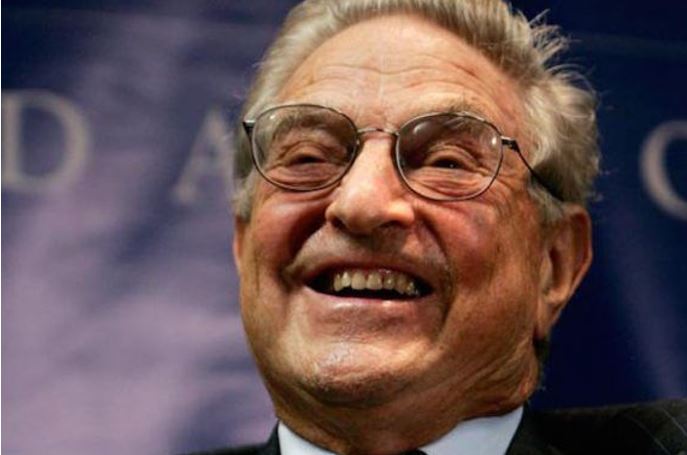 If he’s really in a Philadelphia jail cell, he probably isn’t smiling.

NOTE: We hired two attorneys in the U.S. to research this and are told that MyNewsCorp had it wrong it seems as this case was against 9 members of the Russian GRU. Interestingly, however, is the fact that neither of them has been able to get a copy of the case, though it is supposed to be public record on PACER, which at this point is not allowing downloads. We’ll stay on it until we have the facts, but something is fishy.

My News Corp broke the story just now that Soros is in Federal Custody. To keep Nurse Ratched happy, I’m posting the indictment itself below, and if it’s real, this is big news.

The indictment is dated October 15th, but was just unsealed, charging the admitted Nazi collaborator with “wire fraud, identity theft, and damage to computers” according to journalist Marilyn Kate.

Even better, she reported that he is in interrogation at present with the FBI—meaning from experience—that he is ‘co-operating’.

There will no doubt be many puckered orifices in the Democrat community back in my homeland as dawn breaks this morning.

The crimes detailed in the indictment do not include his suspected deep involvement in the Marxist criminal activities of Antifa and BLM—which he funded—or any role in the recent election fraud with Democrats.

We will keep you updated as best we can.

Air Force special forces under their new leader were scrambled last night in America, so I think you should be ready for some explosive news over the next 48 hours.

We’ll have attorneys double-checking Case No. 20- 316 in the Western District of Pennsylvania and report as soon as we know. We are hoping it’s not one of those ‘too good to be true’ stories.

Harry’s note: According to Howell, supposed fact checking sites like Snopes are saying things like “Soros has not been arrested for election fraud” which is true. See indictment above. Also, please share this by all available means.

One other thing…. I don’t often use CNN as a source but please have a look at this: