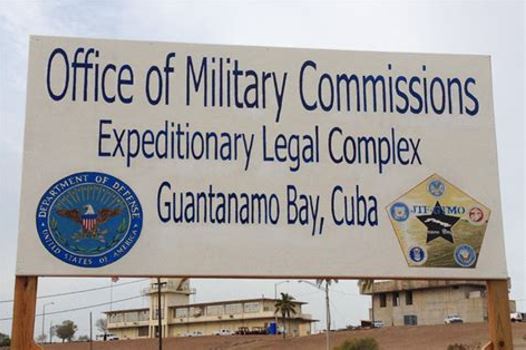 I’ve been wondering, like so many others, “where’s the FBI?  And where’s the Department of Justice?”

And then, in the middle of the night, it occurred to me why they’re so absent, so silent, and appear to be sitting this one out.

It’s a matter of jurisdiction. Treason of this sort is not under their purview.

A coup against the President or Government of the United States is not generally prosecuted by regular U.S. Courts – but by military tribunals.

And this coup is no different than the last; except it’s worse, far broader, and in the case of President Trump – they missed.

The last coup in the United States was against President Abraham Lincoln on April 14, 1865 when he was assassinated at Ford’s Theatre in Washington, DC.

The conspirators of this small coup were hastily rounded up, tried and hung.

I admit that in our recent reporting, we did not see the full picture. For that, I was remiss and I apologise.

Moving special forces under direct executive authority, firing military leaders and pushing even Madeleine Albright and Henry Kissinger off the Defense Advisory Council – some things subtle, some not – but with one aim, which was to get the apparatus secure, leak-proof, and ready for action.

This Deep State coup cabal was as much Bush/Kissinger RINOs and Neo Cons as it was Democrats and full Marxists from the Soros/Obama/Clinton cabal – but all One Worlders seeking power they are, now working in concert.

Yes.  Here’s the speech where President George H.W. Bush actually announced that America was a declining power and promised to put his own nation under the UN. That bit of political genius cost him re-election.

More recently, the Bush One Worlders merged with the Soros/Clinton/Obama Marxists to destroy a single enemy

President Donald J. Trump has been under attack since before his 2016 win.

We proved that in these pages past. The CIA, which George H.W. Bush once commandeered, conspired with British, Italian, and Australian intel to illegally spy on and taint Trump as a candidate and then destroy him if he somehow won the 2016 election.

Don’t believe me?  We’ve got the receipts.

Have a look at this request by the Obama Administration to have MI6 spy on Donald Trump, his family and his businesses and note who was the Secretary of State for Foreign Affairs.

Hint – it was the first Globalist twit to call Joe Biden and congratulate him on his ‘victory’ over Trump – which won’t age well now that The Donald is winning.

The overthrow of my nation began before Trump even took office – coordinated internationally by Obama with supposed U.S. allies.

In the beginning, Trump did not have enough levers of power or trusted patriots surrounding him to take on a merger of Marxist and Global power mongers set against him and my home nation–and no doubt was unaware they were working with the CCP.

One must assume that now he knows everything.

In fact, I’m betting my life on it

Funny how BoJo has taken to adult nappies and Round 2 of Wuhan flu quarantine, isn’t it? Perhaps he is hiding?

Yes, the game has changed for all the Davos gang, effete EU types, RINOs, Chi-com puppets and Deep State hacks who were after the king’s head.

They are more likely now to be on a military plane in cuffs to Gitmo, rather than Epstein’s Lolita Express to their pedophile paradise.

But hey, they’re both in the lovely Caribbean, no?  Look on the sunny side.

Just wait till we get to the huge planeloads of those who almost stole a U.S. Election to install a China-puppet, whose kid was a bagman for an international crime syndicate turning influence tricks like a hooker with kids to feed. Gitmo Express may have to put on more planes.

So, this story is just beginning – but you’re in luck

Interfering in an election, as China, Iran and others have done, is an act of war.  The fact that traitors within America’s spy agencies, military, federal and state governments conspired with these foreign enemies moves this into a different system and different courts.

Rights, other than a speedy trial, are generally suspended to a large extent for traitors.  Military tribunals are more attuned to swift justice – and execution.

As example, the coup against President Lincoln occurred on April 14th, the conspirators were tried on May 12th, and hung on July 7th of the same year–just 84 days.

There are so many traitors in the present coup that the President should probably overrule the Wuhan Flu Crew at State level and make hanging rope an ‘essential industry’ for a month or so to build up inventory.

That will give the Gitmo team time to build the gallows – oh and prepare for trial – almost forgot that part since this crime was so out in the open.

And if you think that can’t happen – think again

The federal death penalty was re-instated on July 25, 2019 – as if Trump knew this was coming –  and prisoner Daniel Lewis was put to death just to test the hardware I suppose.

The last execution by the U.S. military in 1961 was by hanging which is still allowed – though out of kindness, the tribunal might allow a firing squad for those of the traitors who fear heights (see the photo above of the last traitors’ hanging scaffold–it’s high).

167 million souls have been starved, murdered, and billions enslaved by the system these Global Marxists intend to impose on you, me and most of our planet – and that’s just since the penultimate turn of century 120 years past.

Nurse Ratched and I won’t be around to see you tortured, raped, murdered, and enslaved as the scribes who oppose them are shot first.

Our deaths will be swift.

Yours – and those of your children – will be slow, painful and brutal.

You will be starved as you become a number in their grinding system designed to turn opportunity to desolation, and bright hope in the future into a dead-eyed populace living in grey despair just to support the elites.

I see the vestiges every day here in Warsaw’s older sections of the leftovers from National Socialism (Nazis), followed on by Soviet Communism – which are just slightly different variants of the same slow spiritual virus that kills the human soul.

The mass graves are inescapable here in Poland no matter which direction I go, so if you can’t watch them swing, I’ll be happy to watch for you and tell you what happened.

I’m like Fannie sitting on the wall in the old Robin Hood movie – at least in this case – “I loves a good ‘angin, I does.”

These are brutal, warped, dictatorial thugs who cannot be trusted or pardoned, and until about 48 hours ago, they thought they had won–and thought we might believe it.

In fact, they almost took out our entire civilisation.

Sorry to sound so brutal, but just a few miles from where I live and write, the ideological ancestors of American Democrats, RINOs, and Globalists, murdered six million people – three million Jews and three million Catholics.

These are indiscriminate killers once they get power – so it’s best to take them out first.