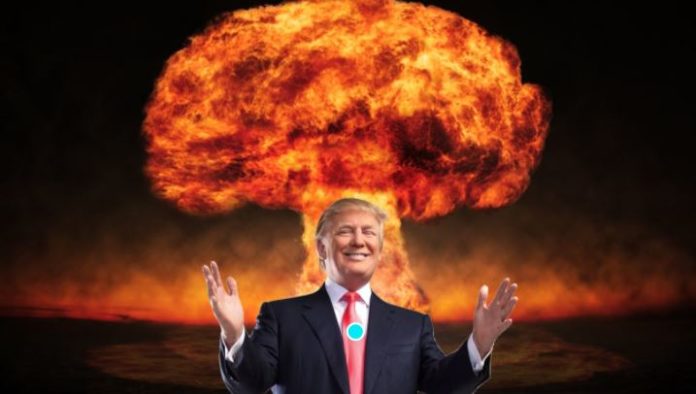 And is that why the Marxist media refused to air his 46-minute presentation yesterday?

Remember the Obama gang and CNN Bobbleheads running on about ‘Russia, Russia, Russia’ for four years, starting back in 2016?

Well there was a reason – they actually believed Hillary’s hoax, of course, but that’s not all – they needed ‘evidence’ of foreign interference on Trump’s behalf to destroy him, and not just politically.

They intended to ruin him financially, down to taking crisps from the bins of cupboards in his lavish Trump Towers home, leaving him destitute.

You see, Obama snuck in some harsh Executive Orders (13694 & amended as 13757) on his way out the door giving government agencies special powers to go after Trump if they could find any evidence he was involved in ‘foreign election interference’.

But $40 million wasted on the Russia hoax, followed by a fake impeachment and nothing but proven frauds fabricated by Democrats, they came up empty-handed.  Nothing!

Obama’s Executive Order was intended to weaponise any hint of Trump’s involvement with foreign election interference – which they assumed they could find (or create as they did with the fake ‘dossier’) – and cause him to lose everything he owned.

No more Trump Towers or signature golf courses.  The Democrats even planned to take the golden toilet alleged to be in his private loo and melt it down for tooth fillings.

So, the 3D chess master took note and added his own
‘Executive Order’

On top of Barry’s attempts to use the Russia Hoax to destroy him, the President created one that could take out all the rats at one time.

If you’re going to take a wrecking ball to someone or something, do it ‘bigly’ the president might say.

Trump’s Executive Order 13848 has the power to bring down China’s economy, breakup the Fake News Media, seize assets of the Social Media Marxists, and imprison every individual who took part in the conspiracy to rig the election – including the entire leadership of the Democrat Party.

Then, out comes the flamethrower.

In case you didn’t listen to the whole thing – here are the takeaways:

For those who don’t want to spend their weekend delving through these three orders, here’s the nugget – the forfeiture clause – which applies to any individual, business or government assisting in any way in the election interference and it says “all property and interests” not just some:

(i) to have directly or indirectly engaged in, sponsored, concealed, or otherwise been complicit in foreign interference in a United States election;

(ii) to have materially assisted, sponsored, or provided financial, material, or technological support for, or goods or services to or in support of, any activity described in subsection (a)(i) of this section or any person whose property and interests in property are blocked pursuant to this order; or

(iii) to be owned or controlled by, or to have acted or purported to act for or on behalf of, directly or indirectly, any person whose property or interests in property are blocked pursuant to this order.

So let’s take a test case, where Chi-Com Priscilla and ‘Marx’ Zuckerberg spent $400 million to fix the election on behalf of the Democrat Party and foreign interests – spending $350 million in just six Swing States and centres of Democrat Marxist power.

Under this clause, Mark Zuckerberg’s Facebook stock, mansions, fancy cars and even his $59 million lakefront property on Lake Tahoe in California and Priscilla’s diamond ring – gone – instead of Trump’s golden toilet.

According to journalist, David Canellis, “Facebook‘s chief exec Mark Zuckerberg has sold nearly $280 million worth of company stock in the past month  –  his first sales of the year.

Zuck & Prissy’s $102 billion could put a dent in the national deficit, no, president trump?

Sounds like Zuck the Schmuck knows what’s coming.  I think it’s called The Trump Train – and he’s squirrelling away a few hundred million for hard times.

So that seizure order can also include regular media companies who played the fool for the CCP’s candidate?

It certainly reads that way to me.  I’ll make the case and you decide.

When FOX News called Arizona for Biden on Election Day, for example, and there was still dew on the desert cactus – that put the whole election in a spin, and I believe we’ll learn that it was an intentional part of a plan agreed upon between the co-conspirators before the first vote was ever cast.

The same state, Arizona, is now finding fake, forgotten and forged ballots faster than Boris Johnson can change positions – and all the votes in question help Trump.

Today Trump’s attorneys announced they will win in that state on recount once the fake and illegal ballots are taken out of the mix.

When CNN had meetings every morning at 9 a.m. – as has now been exposed – to decide how to rig the news for China Joe and decimate President Trump – that’s playing a part, a very big one – and we now have the proof

Project Veritas was given the access codes to call in by a courageous inside whistleblower and taped the meetings – for the past two months!

When Google’s Sudar Pichai sets his search algorithms to switch a minimum of 6 million votes to Biden, per Democrat expert, Dr. Robert Epstein as we’ve reported, that’s election fraud in aid to the CCP – the government behind Joe Biden and his candidacy.

So under this order, when the Democrat Party leaders, Social Media oligarchs, ultra-rich Marxists like Soros, Steyer and Yang to name a few; and media owner billionaires like Jeff Bezos, Murdoch, Carlos Slim – and the vast ownership by the CCP in all of them – is locked down, it’s a real ‘reset’ – a good one.

When over 60% of America’s theatres are no longer under CCP ownership and Hollywood does not have Beijing oversight on what it can produce – the culture will migrate from Marxist madness back to American values perhaps.

Imagine what the world would be like in just one day if all the Tech Tyrant Censors, Media Moguls controlling 92% of America’s news and information, Democrat Marxists, and Wall Street CCP money-raising lackeys were put in foreclosure and perhaps prison for their part in this massive election fraud?

What if every local Marxist poll worker and ‘fixer’ intentionally defrauding the vote was banned from any public work, funds, or benefits for life?

Who would volunteer to pack the ballot boxes and be part of switching votes if it meant they were cut off from any public support or benefits – for life?

What would our world be like if all these corrupt entities were broken into thousands of smaller non-monopolistic companies and auctioned off to the highest domestic bidder?

Trillions and trillions would flow into the coffers of the United States to rebuild its failing infrastructure, and evil would be suppressed for at least a generation if this were done.

And it would be a long, long time before another Marxist plot to steal a U.S. election was tried.

Expect to hear the squeals from all of these parties once they realise what just happened to them. 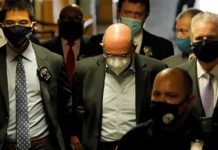 WILL NATO AND BIDEN START WW III? ONLY IF WE LET...