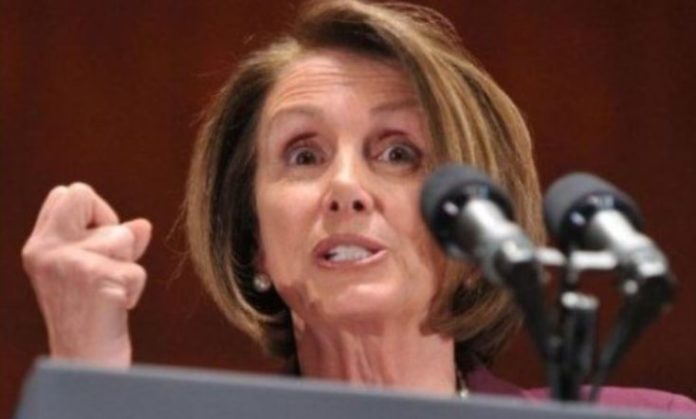 Donald Trump is still President and there are a number of things that he could still do.

The following article lays out one possible Trump strategy – and it would be brilliant if this were his plan.

In the aftermath of the Civil War, America was broke – penniless. The usual ‘Rothschild formula’ (laid out by G. Edward Griffin) was one of fomenting and financing European nation against European nation and picking up the chips from the loser.

Instead, the European bankers funded both sides of the American Civil War – and took it all.

Loans were arranged to keep America going, but not without collateral

As Justice Anna von Reitz explained, “Among other things prior to the Act of 1871, a Scottish Commercial Corporation merely calling itself ‘The United States of America, Incorporated’ foisted off its corporate Articles of Incorporation as ‘the’ Constitution in 1868.

“So, they formed a substitute entity, a foreign commercial corporation, named it after us, and started doing business ‘in our names’ – impersonating us and illegally accessing our assets and credit – starting in 1868.”

That is when The United States went from plural to singular – did you know that?

Look up any document or news article prior to this chicanery in 1871 and my home nation is referred to as plural – as that is what we still are.

The United States are a collective of sovereign nation-states who joined for open trade, a common currency, and mutual defence under an agreed upon set of rules – a contract, in fact – called The United States Constitution.

But since 1871, that name changed to the name of the corporation – The United States of America – and it has been singular ever since.

That was not an accident, nor was it legal

True, Americans objected for decades, to wit: ‘As late as 1909, Ambrose Bierce was clinging to this grammatical defence of “the United States” as plural.

‘In his peevish compendium Write it Right, Bierce griped, “Grammar has not a speaking acquaintance with politics, and patriotic pride is not schoolmaster to syntax.”‘

My nation became subject not only to word games, but to the whims and will of foreign bankers and overseers who did not have my peoples’ best interest at heart – as we now see in the end game.

So, prove this ‘plural’ thing

Easy.  The wording of the last amendment to the U.S. Constitution – before America was incorporated to give my nation as security to foreign bankers and governments – tells it all:

Neither slavery nor involuntary servitude, except as a punishment for crime whereof the party shall have been duly convicted, shall exist within the United States, or any place subject to their jurisdiction. (emphasis mine)

We were a coalition of nation-states. We have since become a singular, illegitimate, corporate entity.

This allowed Pandora’s Box to be thrown open

All manner of lawlessness has followed since this treachery was foisted upon my home nation – endless wars, debt, and loss of freedoms – because foreign bankers and debtholders demanded it.

They created the Federal Reserve to print fake money shortly thereafter and turned my Republic into an empire constantly flirting with bankruptcy, to ensure its demise.

Though specifically forbidden, we engaged in foreign wars, meddled in the affairs of other nations, subjugated our sovereignty to questionable international organisations whose purpose was to destroy us – with the acquiescence of weak leaders who allowed these powerful forces to control them.

This is, in fact, a perfect description of America’s first ‘progressive’ President Woodrow Wilson, a weak Democrat hand-puppet, who admitted on his death bed that “I fear I have sown the seeds of my own nation’s destruction.”

Wilson had sold out his nation back then. But let’s talk about Donald Trump, now

I’ve been studying Donald Trump since the late seventies when I lived three blocks from him in New York City and we had a few mutual friends.

First of all, this guy never quits.  The best analogy is a Rocky movie.  He’s lying on the mat, bloodied and spent.  Everyone says he’s done – and then he rises like a phoenix and whips the bigger, better boxer’s butt.

Donald Trump’s both the kindest man alive – paying off mortgages for people who stop to help him, funding their dreams, and countless random acts of extraordinary kindness – but he’s also the most vindictive.

You steal from Donald Trump – oh say, like an election – and you’re done.

But this America ‘corporation’ business is obscured for a reason and only research uncovers the truth – but Trump knew all this going in and I know that for a fact.

What cannot be erased, however, is that the usurpers put this change for my home nation and its capital in statute, which can be amended, but not ‘disappeared’, though tech tyrants are suppressing this history.

Why?  Because if people realised that they have no control over what foreign bankers and domestic oligarchs choose to do in their name, there would have already been a revolution.

The Act of 1871 was rescinded by 1874, but restored by 1877. This is legislative history, though it is unclear how illegal happenings came to be allowed.

It seems a revolution is brewing right now over the interference by these foreign overlords to negate our vote for Trump.

Americans are just realizing that their nation was stolen by these foreign elements and domestic traitors, and that’s a good thing.

We the People just watched a poorly crafted soap opera of American and British spooks, media monopolies, tech oligarchs and seven nations collude with the CCP and Democrats to steal the White House from its rightful occupant and owners.

Yes. Italy, Venezuela, Britain, Serbia, Pakistan, Iran and Switzerland (the home of the banking cabal in Basel) just conspired with the CCP and Democrat Party, to take out Donald Trump.

Will he survive, or will they do another ‘JFK’?

I don’t know.  President Trump and his strongest allies are not even safe from the CCP and its Democrat operatives in the Peoples’ house.

Information I have, suggests that they’ve tried to kill President Trump a number of times – and a secret plot by black hats of his own Secret Service was just foiled against a major Trump supporter – which is perhaps why he and his family may have spent time in a bunker in Texas this week.

A number of generals and all of Special Forces are now part of this group on Trump’s side, I’m told.

These people have long been determined to wrest control of the United States from the Globalists, their CIA operatives in America, foreign bankers and the more recent domestic tech and media oligarchs who now control all levers of non-military power.

They want to return it to the American people.

As example of this incredible power, just six interactive monopolies control 92% of everything Americans see, read, or hear. It is prohibited by law for any industry to become so concentrated.

So why were these companies and corporations allowed to merge and merge ad infinitum – and none of them are pro-American?

Good question. Because the foreign and domestic overlords can control a monolithic news monopoly far easier than a vibrant, diverse, and free press, expressing many points of view.

Further, nearly 100% of all internet transactions and searches pass through the control and gateway of just four interconnected, jaded anti-American oligarchs.

That is also not by accident either. They were protected by a law of questionable legality (§230 of the Communications Decency Act) to allow them to flourish–and now control debate.

Further, America’s debt is largely to bankers and hostiles abroad – and the interest alone is bankrupting the nation.

America’s income no longer covers this interest on the debt, mainly being paid to its detractors.

This situation was created over the decades by U.S. political puppets of these forces to fund anti-American nations and causes.

This happened because presidents and politicians are quickly warned that they are merely custodians of the corporation – beholden to the bankers holding the mortgage.

The weak sisters preceding Trump like the Bushes, Clintons and Obamas simply shrugged and accepted – or were groomed to play the part before being put forward.

These weaklings are also protected from law if they take the ‘deal’.  They are made enormously wealthy for selling out their nation and all have agreed – until now.

Trump would not even take a salary and has just said ‘No’, so he must be removed.

So how could one man pull the plug on all of this at one time?

A man of enormous courage could simply bankrupt the American corporation and go back to the plural America with its legitimate, evenly enforced laws and its amazing Constitution.

This one move – if backed by the military – would completely reset The United States of America to its lawful design– A ‘Great Reset’ we could all get behind.

Debt would disappear with the bankruptcy, and any laws passed or privileges given under the corporation that are repugnant to the Constitution would be voided.

Those who block our freedoms and steal our elections like the Tech Oligarchs just did, could be nationalised and turned into public utilities – then broken up as anti-trust laws required long ago, and the income dispersed to shareholders.

The media monopolies can similarly be seized if found to have given traitorous service to the CCP which is now beyond speculation.

This consolidated media of film, print, sound, music and news can also be investigated for the constant suppression of information to ‘interfere’ in elections – and be broken into a thousand companies to be sold to private interests–never to be combined again.

By declaring martial law, as the President appears to be doing, and deploying troops – as he did just yesterday all over the nation – the stage might be set for this bold move.

The last legal president of the United States was Ulysses S. Grant – and the next may be Donald Trump

If President Trump ends the American ‘corporation’, we have until March 4th of this year for the 19th president of the real United States to be inaugurated.

The military is now in position to hold the nation together until the peaceful transition back to a constitutional Republic is a fait accompli.

Trump actually said during the election that as #45, he may be the last president of the United States as it exists today.  That statement was incredibly important.

In fact, it troubled me – but led to this thought as to what might actually be happening.  Trump might be taking my beloved home nation back to the U.S. Constitution – perhaps with some very helpful advice from above.

The President will need to use the National Emergency Broadcasting System to bypass the polluted airwaves and oligarchs to present his case directly to the American public, showing them precisely who did it, and how the election was stolen.

His legitimacy as elected leader is secure in roughly 80 million hearts already, but more people need to understand exactly what the traitors did to protect America, the corporation.

I suspect he might even let Sleepy Joe and Harris get ‘inaugurated’ to complete the cabal’s crime against the nation, but his will be the shortest presidency in the corporation’s history.

The President will also have to educate the American public about the seditious acts that led to this sad state of affairs – so they understand the nation is being restored to its original state rather than taken over.

This can happen, and I hope this is what is silently going on at present during the calm before what is sure to be a storm.

We will know very soon.