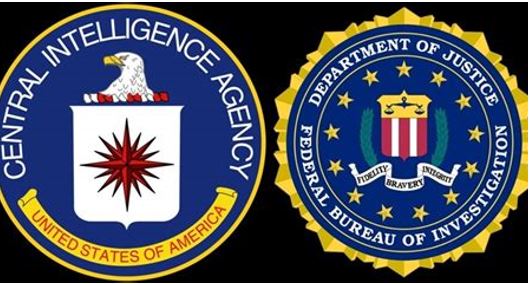 There are not just two unaccountable, unconstitutional ‘agencies’—but 17 of them. Not one of these crooked agencies was authorised by congress

Do you see it now?  17 illegal spy agencies, never authorised by Congress, plus an illegal national police?

That’s right.  I will pay $10,000 to anyone who can show me the Congressional authorisation of the FBI back in 1908; the CIA or NSA back in 1948 – and I’ll post the capital as soon as any challenger posts theirs.

So how did the three most corrupt agencies in the world’s leading nations come about?

Through fraud.  That’s how.

Let’s start with the appalling FBI –which I know about through family connections.

My great uncle, Greer Woltz, was one of the very first FBI agents of this unconstitutional agency and I once aspired to follow him.

Bottom row , third from right—I used to listen to his amazing stories on the back row at church on Sundays and loved him

In case detractors attack me, his real name was Greer Woltz, adding to my point that the FBI never get anything right – even the name of their own agents.

Woltz’s photo can be found in our photo gallery in the “navigation” section of this site.

Born in North Carolina in 1902, FBI documents reveal that Woltz entered the FBI in May, 1934 and resigned in 1936, although there is some unclear information he resigned in 1942.   His first assignment was the Chicago Office and was one of the younger members of SAC Melvin Purvis’ “Dillinger Squad.”  Woltz participated in the Dillinger investigation; was present at the Biograph Theater the night of the shooting, and was involved in the hunt for “Baby Face” Nelson and others.  Woltz was later present in Florida involved in the shooting with “Ma” Barker and her son. Woltz also played a major role in the investigation of Dillinger’s escape from Crown Point and the so-called “wooden gun” supposedly used. (http://historicalgmen.squarespace.com/agents-of-the-30s-biographie/)

We sat each Sunday on the back row with the ushers so he could whisper his stories.

“I was behind a woodpile that day when we were taking down Ma Barker.  Whoo! She was one tough ole bitch, I tell you, and the shootin’ was something terrible!” as the usher chastened us to be quiet(er) – he liked the stories too, I later learned, but also had his duty.

“I knew they had me when the weeds were breaking in half on both sides of the woodpile! That was from bullets!”

I remember asking, “Were you scared, Uncle Greer?”

“Dang right, I was scared somewhere inside, but that’s not what you let yourself feel when it’s your job to take ‘em down.  That’s your focus…just doing your job.”

But the FBI no longer ‘takes down’ the bad guys.  Instead, they aid and abet them.  Today, they’re nothing more than a protection racket for the Democrat party.

I personally worked on over 400 federal criminal cases helping others get their sentences reduced or cases overturned – and never saw a one where the evidence was not faked, 302 notes (FBI interviews where recording is not allowed) altered, informants compensated to lie or all of the above.

The FBI today is simply an enabler of criminal conduct by Department of Justice U.S. Attorney Offices across the nation.

The Assistant U.S. Attorney comes up with what he or she calls “the theory of the case” and no matter how ridiculous, unlikely or impossible it might be – the FBI makes up the so-called ‘evidence’ to match.

Let’s take this week’s shocking admission by billionaire Patrick Byrne about his role in facilitating an $18 million bribe to Hillary Clinton on behalf of a foreign nation (after she already received a $20 million bribe from Turkey).

Who asked him to do this?  The FBI, of course.

And what did they do about it?  Nothing but tell Patrick Byrne to never mention what he did back in 2015, as she was going to be president.

There is a reason Congress refused President Teddy Roosevelt’s demand for a federal bureau of investigation – it is unconstitutional, as Senator Benjamin “Pitchfork” Tillman informed him in writing.

So, the precedent was set – to create illegal agencies doing the executive’s bidding

President Harry Truman followed Teddy’s example and created his Central Intelligence Agency as well as the incredibly unlawful National Security Agency whose job is to illegally spy on the American people.

The CIA has now been outed in a raid by U.S. Marines on its headquarters Saturday, January 9th of this year, yielding a treasure trove of assassinations, overthrows, drug dealing (which is how it supports itself) and unthinkable acts of treachery and treason.

This is worth a moment to check out what President Donald Trump now has in his hands:

There are now 17 of these toxic spy orgs, not one of which was authorised by the elected representatives of We the People.

All other means of spying are forbidden by the United States Constitution, and if America is fortunate enough for President Trump to survive the current coup – as I still believe he will do – he may do something about it.

If he fails to prevent the takeover of my home nation, the criminal conduct by government will only worsen under the Marxists on the other side.

All my home nation needs to do is return to that document with its clear words – and all wrongs can be righted. 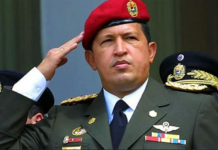 CURING THE PANDEMIC OF THE VACCINATED