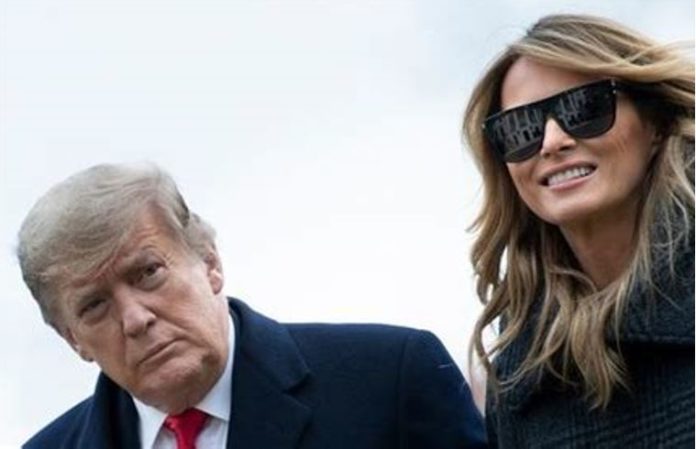 Trump is polling 3% ahead of Biden, even as he and Melania leave the White House—oh—and they left a note for Sleepy Joe!

It’s hard to tell who’s happier to see the backside of one Donald J. Trump – the hapless RINO Republicans who were were lining up to stab him in the back on his way out the door – or the Marxists who saw him as the last obstacle in their way to full-on Global Orwellian rule.

For the moment it is according to Trump himself.  The government of the United States is either in the hands of an illegitimate usurper, or it’s under the control of the U.S. military depending on who one asks – but not him.

The agenda at play by the Marxists is undeniable, however, and will only shred what support the Biden Regime may have had going in.

By scale of importance, the moves themselves scream at the nation in the form of 30 shocking ‘Executive Orders’ during his first two days:

Outside of the Democrat party, most Americans are not pedophiles, so this will not be a winner for Sleepy Joe and the Marxists.

2. Total amnesty for illegals – Senator Tom Cotton said Biden’s legislative proposal consists of “open borders: total amnesty, no regard for the health and security of Americans, and zero enforcement.”

Even as millions of illegals pour across America’s southern border, the number of illegals in the country, estimated by Department of Homeland Security as far back as 2003, remains surprisingly unchanged (“8 to 12 million”, refined in 2014 to “approximately 11.3 million”).

So, what’s the real number of illegals?  According to Yale Insights the number was more like 16.7–22 million back in 2016 before the caravans began in earnest.

Meanwhile, even Bloomberg admits that “the real number on undocumented immigrants in the country is as high as 30 million.”

All systems will be overwhelmed by magically turning 30 million illegals who stormed my nation, into voting, benefit-wielding Democrats – all outside of law and due process.

This is another stupid idea that has most citizens and legal immigrants hot under the collar. “No gustamos Pedo Jose!”

Guess whose jobs these magically pardoned criminals and open-border comers will take?  That’s right – legal immigrants and minorities who achieved record job and income growth under President Trump is who will lose out.

Do you think the border States are going to allow this invasion and decimation of their systems outside of law?  Hell no.  Talk of secession will ramp up quickly and spread if this fire is not put out before it starts.

3.  Feminists attacked by Biden’s Gender Identity Order forcing men into their world and sports – The Women’s Liberation Front has condemned their fellow Leftists for what they describe as an ‘“Unprecedented Attack on Women’s Rights and Liberty for Everybody,” noting Biden has circumvented the role of Congress to achieve what many consider to be the most contentious elements of the Equality Act.’

Got that?  Your daughter spends an estimated 10,000 hours to become a top athlete in her chosen sport, and with one signature, she’s competing against men, sharing the shower with them and giving up her dreams because of Marxist transgender bullshit.

So, let’s take a quick break to summarise after just three

Just three of thirty braindead ideas – and Sleepy Joe has marginalised or angered most of America – including his own base.

Last article we showed his Democrat Brownshirts had turned on him first.

In case you missed it, Antifa Fascists and BLM Stormtroopers rioted and attacked Democrat HQs in Portland and New York City disclaiming him as their president before his first day.

So, who else did Joe piss off Day One?

–  An estimated 40 million immigrants (PewResearch.org) who came to America to live and work there legally

– Millions more American minorities and poor who will lose their jobs to the hordes flooding across the border, now being offered full citizenship

– Unions.  Yeah.  Millions of union members now want his head on a platter for cancelling tens of millions of high-paying energy jobs, starting with the ending of the XL Pipeline project and fracking (after promising not to, so he could win votes in Pennsylvania)

– Any users of gas or fuel – you know, like farmers, truckers, Moms and Dads, and all of industry?  Gasoline jumped $.20/gallon on day one from Joe’s moves to make America dependent again on Mid-East wars and oil.

– And now he’s upset the girls, even the ones who just four short years ago were wearing pink pussy hats and marching against Trump. How?  By putting men in their sports and championships to steal their athletic scholarships, that’s how.

– And the U.S. Military, though unlikely to have been in Joe’s corner because of his anti-American policies, certainly won’t be now.

These men and women were treated worse than criminals or ‘border children’ by the Marxists once Speaker Pelosi’s photo op was done.

These soldiers literally turned their backs on the Biden motorcade the next day after being treated like animals by Biden’s Anti-America party hacks.

So, what did their hero president, Donald Trump, do?  He ordered the D.C. Trump Hotel opened to any law enforcement or military needing a place to rest.

85 million of us were robbed by foreign and domestic actors of our legitimately elected president and that is a wound that won’t heal.

Add 50 million minorities, legal immigrants and poor Americans whose winning streak ends with these cruel policies, and we’re at 135 million.

Even women who seemed to get off hating Trump this past four years are realising that there is nothing more terrifying than a Marxist who actually implements his/her policies.  Sounds good on paper, but…..

They ultimately destroy even those who foolishly voted for them – and I believe we can draw away at least 15 million from the Pink Pussy hat gang and concerned mothers whose daughters’ future is being destroyed as well.

These policies are as sick as Biden himself.

Yes, Mr. President.  Speaking on behalf of the 51% (latest Rasmussen poll), we miss you very much

I don’t know how this will sort itself out, so I’ll end by asking our readers to watch “Riding the Dragon” which details the China Secrets of this perverse Biden crime family.

Then tell me there is not enough evidence to remove Biden in the impeachment proceedings just filed by Georgia Representative, Marjorie Taylor-Greene, if not now, after the mid-term Republican sweep.

As my mother used to say, “Sometimes the best man for the job is a good woman.”

The road will be rocky and the task at hand difficult, but if we let America fall it would be a catastrophe.

The first domino has been tipped and there is no one to blame but ourselves for allowing it to happen. 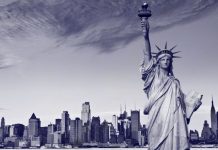 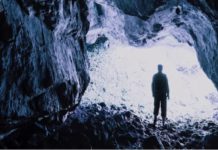