You guys are the smartest readers on the planet, so you know this question answers itself, but why is anyone listening to Bill Gates, the man who created viruses for computers, just so he could sell you a cure?

Sounds like his ‘vaccine’ approach to me, and I want to see a few thousand politicians and billionaires take it before baring my butt to Dr. Bill.

FACT—According to Robert F. Kennedy, Jr., “The most frightening epidemics in Congo, the Philippines, and Afghanistan are all linked to Gates’ vaccines. By 2018, ¾ of global polio cases were from Gates’ vaccines.”

As recently as 2017, the Morgensen, et al study showed Gates’ WHO vaccine—forced on millions of African children annually, “is killing more Africans than the disease it pretends to prevent.  Vaccinated girls suffered 10x the death rate of unvaccinated children.”

This murder-by-needle crime spree began back in 2010 when Gates bought off the WHO—yeah, the same ones who hear, speak and see no evil in the CCP’s Wuhan virus—with $10 billion, promising to reduce population, in part, through “new vaccines.”

Before the fake news ‘fact-checkers’ say that’s not true, perhaps they would like to hear Billy Bob Gates say it himself in his fact-free Ted Talk.

It’s supposed to be about the Carbon Hoax but ends up on how to get rid of ‘us’—you know—you, me, and Nurse Ratched.

Start the clip at 2:10 to get straight to the punch line.

For those who don’t like liars and can’t watch him, he says that we need to reduce population on the planet and can use “new vaccines to do that.”

Bill Gates and the WHO did just that in Kenya, according to Robert F. Kennedy, Jr.—in the millions.

“In 2014, Kenya’s Catholic Doctors Association accused the WHO of chemically sterilising millions of unwilling Kenyan women with a phoney ‘tetanus’ vaccine campaign.

“Independent labs found the sterility formula in every vaccine tested.

“After denying the charges, WHO finally admitted it had been developing the sterility vaccine for over a decade.”

But after studying the Soros/Rockefeller roles in this, is it about making (more) money—or about getting rid of us?

We published a very straight-forward report last week about the Appellate Court of Peru finding Gates, Soros and members of the Rockefeller family guilty of using the virus for global control.

A reader sent me a note that Twitter banned her reposting of the article saying it may be ‘misleading’ though a quick Google search found 70 other publications that wrote stories about the fact that this happened.

Our piece did not defend Soros, Gates, and Rockefellers as the others had, nor did it try to take up the prosecutor’s arguments against them.  We simply stated that they were convicted—a public FACT.

So that got me digging. Why are the richest people on the planet in the ‘vaccine’ business ostensibly to save us—when perhaps the only thing they all agree on is that they must reduce our numbers by billions of souls?

Fact checkers funded by Gates and Soros via Poynter and other hit teams, (also financed by Jack Dorsey and Mark Zuckerberg, as we covered last year) will tell you that these men are not associated with these vaccines.

They say this because the ownership is not outright and so far they have not ‘profited’ but the fact-checkers are once again lying.

Let’s take Remdesivir, one of the vaccines being pushed for Covid.  This is owned by Gilead Sciences, which started searching for a remedy in 2002, at USAMRIID (U.S. Army Medical Research Institute of Infectious Diseases) in conjunction with and funded by a name you may recognise—Dr. Anthony Fauci.

Remdesivir was patented and used semi-successfully against Ebola in 2016—funded by the U.S. taxpayer—with all profits going to Gilead.

The same Dr. Fauci was recently instrumental in getting Remdesivir ‘orphaned’ in as a potential Covid treatment to speed up FDA approval, but just 48 hours later, Gilead pulled that off the table and magically, a ‘synthetic’ appeared, according to The Financial Times.

Bright Gene Bio-Medical Technology, a company in Suzhou, China, announced its synthetic and their stock price jumped 20% in one day.

The company announced that it was ‘licensing’ its use from Gilead Biosciences, of which George Soros and Bill Gates are listed as owners.

But the Wuhan Institute of Virology (from which the virus most likely escaped) had already “filed an application to patent Gilead’s drug Remdesivir to treat the new coronavirus, a bid that would give China leverage over the global used of the therapy to fight the outbreak.”

Soros’s Gilead had also partnered with WuXi Pharma Tech in Wuhan to manufacture the U.S. taxpayer-funded drug, which is also owned in part by Soros, according to wuxiapptec.com—the company’s website.

It appears that the Globalists Gates and Soros are indeed tied in with the Chinese on both the virus release (remember, the UN/Gates pre-planning conference on October 18, in NYC last year) as well as being part owners of the Fauci-approved cure—Remdesivir—that sells for $1,000 a pop.

So why do you say they might not be after money, they may just want to kill us?

I’m glad you asked, because this is where it gets really interesting—and a little scary.

Soros helped create a Globalist outfit called UNITAID as far back as 2002 to share drug patents with chosen nations, initially focusing on poor African countries—but recently expanding the list to include China.

Soros’s WuXi company can use his Gilead patent under this scheme to produce the vaccine for sale at a substantial discount—but not including the U.S. (who paid for the research)—where the price remains $1,000/pill.

“UNITAID is also financed by the Bill and Melinda Gates Foundation and also involves a partnership with the Clinton Health Access Initiative (CHAI). And interestingly enough both UNITAID and Gilead Biosciences supported Hillary Clinton for president in 2016.” (Ibid)

According to Clinton Group, Inc, Bill and Hillary are partners in this suspect enterprise as well—but are they involved on the Chinese end?

I ask, because the Clintons thought it important to announce that Soros Fund Management had closed its position in GILD (Gilead Sciences) on August 15, 2016—while Soros remained super involved with Gates on the virus and cure end—in China.

A Clinton Group, Inc. posting can be seen at this amazing site. https://civilianintelligencenetwork.ca/2020/02/12/george-soros-bill-gates-partner-with-china-on-coronavirus-drug/

But the Clintons are always about money!

I agree, and that is perhaps why Gilead is retaining worldwide marketing rights—but why did Soros sell out on that end before the billions get raked in selling Remdesivir to Beijing Biden?

Or is Gilead Sciences just a shell? Something is not right and I’m not sure what, but I can prove they’re killing any potential competition on the therapeutic side by any means necessary—including costing hundreds of thousands of lives.

It stinks, but that’s why they’re still trying to kill proven therapeutics like Hydroxychloroquine and Ivermectin—which are extremely effective in both the prevention and cure of SARS-Covid diseases, especially when taken with zinc and an anti-biotic.

They prevent the need of the potentially deadly mRNA program—yeah, that’s what it is—it is definitely not a ‘vaccine’, as we’ll prove.

But back to the therapeutics, the Gates Foundation holds five seats on the WHO board and is still seeing to it that the ‘tests’ of proven remedies are all rigged to fail—by using up to four times the level that is potentially toxic, as Lancet had to admit last year in its retraction.

In other words, these criminals are doing ‘studies’ in conjunction with the compromised WHO that actually exceed WHO’s own established guidelines for safe usage set way back in 1979, by a factor of 400%!

The WHO study of Hydroxychloroquine from 1979 reported that a dosage of 1,500 mg could be deadly—a FACT.

That begs the question why the WHO is now financing studies with Bill Gates that start at a lethal dose of 2,400 mg?  Again, you’re the smartest readers on the planet, so you know the answer.

They’re literally going to kill thousands of innocent people just so they can claim this 70 year old medicine is dangerous though over 5 million doses a year were prescribed without problem before Xi Xinping sent us Covid.

Bill Gates is currently invested in all of the six leading candidates for a Covid cure or rather “Operating System”—as these are not actually vaccines—and he’s apparently willing to kill any competition from cheap therapeutics to do it.

And speaking of that, I’ll bet you haven’t heard about the ‘operating system’ on ABC either, have you?  The criminals are not even hiding it.

“Moderna has developed a means by which to load an Operating System into your body and they are proud to explain it!”

This is their own chart below and their information above, not mine.

The ‘function’ this MRNA protein provides, which will ultimately be replicated in the DNA in every cell in your body, is to not recognise Covid the next time and defend against it when you’re exposed to the real thing—and you can guess what that means.

You have a very good chance of dying.

And while the so-called ‘fact-checkers’ at USA Today claimed that Dr. Anthony Fauci and Bill Gates had “no ties” to Moderna, that was a lie, as was their headline.

“Fact check: Fauci, Gates, Epstein and Soros have no ties to drug company Moderna,” they wrote, using the common trick of adding the name Epstein—the Democrat pedophile—to falsely give cover for the other criminals.

USA forgot to mention a fact referenced in their own denials, that it was Fauci’s agency that helped develop the drug, which is public record.

My search immediately turned up a page published in March on the website of the NIAID, which operates under the National Institutes of Health (NIH), announcing the beginning of a phase one clinical trial for Moderna’s COVID-19 vaccine. The webpage notes that Fauci’s NIAID is “funding the trial.”

Furthermore, Moderna’s candidate vaccine “was developed by NIAID scientists and their collaborators” at Moderna.

The page quotes Fauci saying that the trial was “an important step” toward developing “a safe and effective vaccine to prevent infection with SARS-CoV-2”.

Similarly, I was able to immediately pull up a page from Moderna’s website listing the Bill & Melinda Gates Foundation as a “strategic collaborator”, with the foundation having “entered a global health project framework agreement” in January 2016 “to advance mRNA-based development projects for various infectious diseases.”

So, let’s tie this up in a bow—who do you guess trains and funds the ‘Fact-Checkers’ at USA Today?

No surprise to our regular readers who know all about The Poynter Institute from our article last year.

The fake ‘fact checkers’ are funded by Soros’s Open Society Foundations, the Rockefellers/Growalds via their foundations and by Bill and Melinda Gates Foundation donations to The Poynter Institute, who delegates the ‘fact-checking’ to USA Today and others.

And just in case you’re wondering, Jack Dorsey (Twitter) and Mark Zuckerberg (Facebook/Instagram) are also prominent funders—who then use these same fake ‘Fact Checkers’ to do their sick bidding silencing Conservatives as if it’s someone else doing it other than themselves.

So maybe they’re all in it to get rich(er) and to get rid of us, but if you trust them to put something good into your body, you probably need to get some help from a real doctor—not Dr. Bill.

I’ve posted an extensive interview on this subject I had with Dr. Sam Dubé in Toronto, Canada last week on Telegram at The Richardson Post Chat or here on Youtube (https://youtu.be/xuEG8hJG0zk) which I hope you will share. 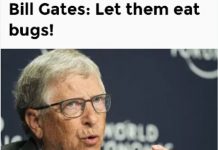 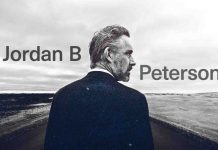 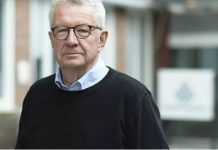