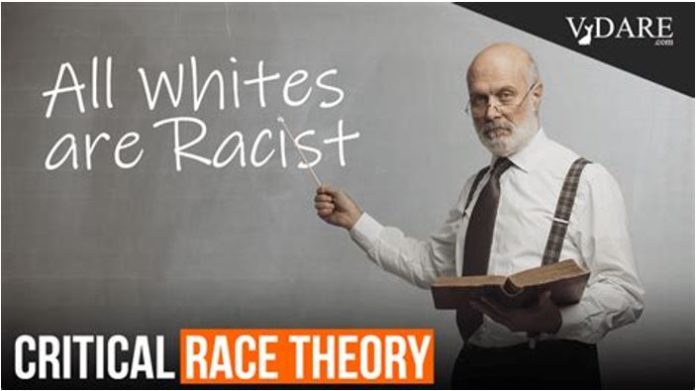 Under the Franco-German regime of ‘no-thinking,’ the more stupid you happen to be, the more successful you are

This Eurotrash—Deleuze, Foucault and Derrida—spawned a new form of racism and destruction to decimate the advances my Magnificent Seven had given the entire world, and now it’s time to stop them.

Get offended all you want, Cupcakes, but those are the facts.  We’re going to get rid of this Critical Crap and go back to Critical Thinking.

I have to give them credit. Just a few sociopaths—Foucault, Derrida, Deleuze (and I would add Lyotard)—and their sad academic spawn infested American universities, media and political thought to the point that every Marxist now attempting to destroy it traces DNA to one of them.

Even the madwoman of the ‘critical theory’ racket has her/its roots with these demons like warts growing on gangrene as well—though often attacking the ‘postmodernism’ nonsense this group created.

Derrida derivative, Gloria Watkins (a.k.a. bell hooks) set out to ‘criticallydestroy’ Derrida’s race by its deconstruction (re-writing of history) from a black feminist point of view.  One by one, they eat their own, you see.

Mary Poovey then used the trio’s system of attack trying to undo the biological fact that there are two sexes, creating a Critical gender theory. Her writings are intentionally twisted, so I looked up a synopsis and even that is witheringly unintelligent.

Nonsense, smoke and mirrors to satisfy Marxist Chinese paymasters who want America destroyed as much as these disgruntled agitators do, and outside of nuclear weapons, nothing is more destructive to the Western World than Critical Theory and its muddled proponents.

Judith Butler then added more trash to the heap by adding Critical queer theory to Poovey’s unladylike brand of feminism—with language portraying nothing, so I again had to ask what she was saying—which was nothing.  I was right the first time as they intend to torture the words.

All of this squad of losers came out of Foucault and Derrida-ville thinking—or non-thinking—criticising (tearing down) without any solutions.

So how the hell did this happen?

I think Academia ran out of ideas after WWII.  There was nothing left to rail on about in doctoral theses as all their Marxist ideologies —communism, fascism, Nazism, etc.—had proven themselves abject failures.

Now that Ph.Ds are given out online (or Aisle 3 of Walmart), few people realise that most U.S. universities did not offer graduate studies throughout much of the 20th century—meaning an entire generation of U.S. educators went to Europe to study a failed ideology that destroyed Europe twice in just thirty years—and returned as post-modernists.

Young men suited for nothing but academics (and still not mentally ripe enough to resist failed ideas) descended into the pits of pre-war France and Germany’s think-tanks of bad ideas, known as universities.

From this cesspool of tragically bad thinking, my home nation was cursed to adopt Herbert Marcuse (in the photo above) who became perhaps the most destructive post-modernist ever to taint a classroom which we covered last year.

Their new idea? Any successful form or group must be torn down and replaced by—well, they don’t know quite yet

‘Post-modernism’ and its Critical Theory is an ideology designed to weaken us for takeover by hostiles (China) or drive us back to the Stone Age, all at the hands of intellectual fruitcakes (fruitcake is gender neutral, no?).

The founder of BLM and CHAZ, for example, “queer black Marxist” Jayden Grayson—a Critical Race Theorist, admitted she and her ‘critical theorists’ fellows had no plan beyond destruction while burning down Seattle last summer.

Note- “Black queer” was Jayden’s self-description, not mine. I’d just call her stupid.

When intrepid journalist Ami Horowitz asked what came next after total destruction, she replied that “black minds in black bodies” (in a nation where they’re just 13%) would decide what the future would be.

That’s why I’d just call her stupid, as that outcome is not happening.

Her job as a critical race theory hack (and BLM founder) was just to burn it all down, which is why this form of non-thinking must be cleansed from our schools and cultures now.  (Please put this clip here: https://www.frontpagemag.com/fpm/2020/06/ami-horowitz-video-inside-chaz-capital-hill-frontpagemagcom/)

This is Critical Theory in a nutshell.  Unable to defend Marxist ideology which has murdered roughly 167 million souls to date, ‘critical theory’ post-modernists turned their guns on a system they couldn’t defeat.

Why?  Because the hated capitalism worked so well the proletariat never revolted as their guru Marx deemed inevitable and declared as pre-cursor to their worker’s paradise.  Marx was wrong.

Capitalist workers were too busy buying homes, building businesses and getting second cars or sending their kids to college to want to revolt.

Instead of just admitting failure, however, Marxists continued peddling various forms of oppression, imprisoning and murdering millions who were not down for the revolution—or who liked to eat.

Attack, deconstruct, demonise, dehumanise and ultimately destroy—everyone and everything—until nobody and nothing remains.

And now they’re eating themselves, one by one, creating more division.

They have no workable ideas to replace the best working system in history, so they satisfy themselves with tearing down what they can’t beat.

‘Critical theory’ culture is burning itself out of existence now that they’re running out of targets, so here’s an idea

I just watched liberal late night talk host, Bill Maher, go after the stupidity of the ‘woke’ Biden Marxists with regards to China.

One would think he was talking about Donald Trump it was so harsh—yeah, it’s that rough.

And yesterday, Sarah Silverman, a noted liberal comedienne, lobbed verbal grenades at the stupidity of her own Democrat party.  I almost fell off my chair.

But it made me think.  There has to be a new way for these very bright people to attack in a productive manner rather than just tearing down everything that works.

So, I ask you to consider thoughts on these two systems:

In both cases, the exact same oligarchic power and money-mad element in the society is to blame for its failure.

The Marxist Oligarchs controlling Cuba and Venezuela got insanely rich while their people starved, just like the Big Tech gazillionaire’s employees in America have to be subsidised by the taxpayers. That’s right.  Jeff Bezos’ employees have to collect welfare, food stamps and rent subsidies just to get by.

This should make my point that we can find common ground on unfair advantage.  America’s Oligarchs have too much power just like Venezuela and Cuba’s.  Even AOC and I agree on something, so there’s a start.

It’s the same bad people doing the same bad things, just in different styles of government.  Both systems will ultimately fail unless these insanely powerful oligarchs are held to the same standards as everyone else.

And what’s the difference in how they do it?

In fact, in terms of control, what difference is there between the Politburo of the old U.S.S.R. and a zoom call between Sundar Pichai (Google), Tim Cook (Apple), Jack Dorsey (Twitter), Jeff Bezos (Amazon) and Mark Zuckerberg (Facebook/Instagram) in the U.S.S.A. telling the Democrats which compliant Marxist to put in The White House or deciding who they collectively suppress and destroy?

The outcome is the same.  They chose and installed a fake candidate by fixing an election and suppressed those of us calling them out on it, like Putin put himself back in power. What’s the difference?  I really want to know.

The Oligarchs who destroyed Venezuela—once the world’s fourth richest nation—are virtually indiscernible from the perverted ‘Capitalists’ of Silicon Valley who rigged the O’Biden’s Bolsheviks ascent to power to take over and destroy the first richest nation—The United States of America.

So here’s a thought

I suggest Donald Trump’s 80 million strong America First element and those like them the world over, the awakening-but-disappointed Wokesters like Bill Maher and Sarah Silverman, and even the defeated ‘Bernie Bros’ who hated Trump for the past half decade—join together against their common enemy—the Oligarchs—and tear them down for a change, instead of America and Western Civilisation.

The same Oligarchs in both systems think themselves above us and believe they are our betters—while they are actually the destroyers of both.

Oligarchs are not better, they simply game the system, be it Communism or Capitalism, stealing elections, and bribing legislators to carve out exceptions only for them—just in reverse order.

This is nothing new, as Adam Smith wrote about in Wealth of Nations regarding ‘Joint Stock Corporations’ doing this back in 1776, which he warned would distort and destroy free markets—which they did.

§230 of the Communications Decency Act (CDA) of 1996, gave this handful of Oligarchs the protections against ‘us’ to build their monopolies which are now used to suppress and destroy all opposition and competition without penalty or challenge. Just ask Parler—or the thousands of small companies crushed by these Tech giants during their protected ascent to monopoly status.

As Adam Smith warned in 1776, Oligarchs will bribe their way to monopolistic powers—if allowed—and they did

So let’s join together to take away all these protections, and not just the Big Tech kind in §230 in America.

We start local, taking back our conservative parties from the One World Wolves hiding in Sheep wool who make the false claim they are with us by doing this:

There is little if any difference of the outcomes under Oligarchs like Mark Zuckerberg paying $350 million to steal the 2020 election for the O’Biden Marxists and Josef Stalin having his opponents murdered.

Billionaires in Venezuela—oddly all named Chavez or Maduro—are the same as the Gateses, Pelosis, Bidens, Bezoses, Soroses, Schumers, Clintons, Bushes, Obamas, Zuckerbergs and their payees—there are just fewer of them because Venezuela’s economic pie has already been consumed by years of Marxism.

America’s Oligarchs had to get rid of Trump before they could carry out their deconstruction and destruction of America, but it’s happening in double time right now under their installation—O’Biden and his Bolsheviks.

So let’s pull together to do a little deconstructing and destroying ourselves, using Critical Theory against the Critical Theorists.  Let’s get them first.

Stop buying and using their products, then start deconstructing them publicly for what they do as we build alternatives to their monopolies.

Don’t ever Google again, use private Duckduckgo or other search engines.

Buy direct and locally as you can, not via Amazon.

Get off Twitter and Facebook. (I just did).  Move to Telegram, Parler, Gab and the many alternatives coming to the fore (as I also have done).

You can find almost anything on Bitchute and Rumble that you can on Youtube, so quit using it.

And perhaps the hardest for me—when my I-phone dies, I’ll find something made in the West and not from Apple.

We’ll turn ‘Critical Theory’ on them and remove the post from post-modernism rather than allowing what works to be completely destroyed.

Howell Woltz (look for us on Telegram now) 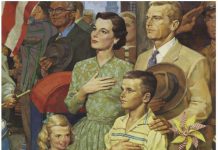 VISEGRAD NATIONS AT PEACE WHILST THE WEST BURNS