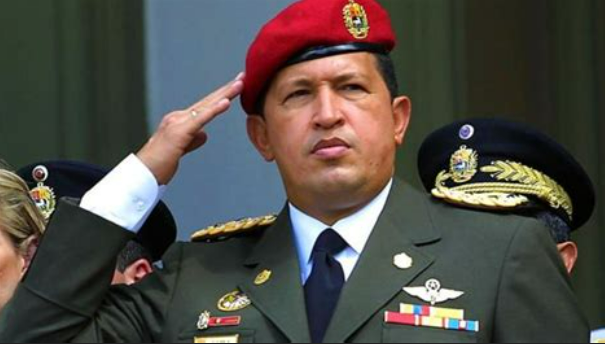 Let’s start with a quick walk down Memory Lane

Few remember unless they were there, but Donald Trump’s first presidential campaign was actually in 1987 – and I mention this only to set the stage for what you are about to read.

Not only Democrats, but Republican One Worlders have hated him ever since as the ultimate outsider who had the potential to upset their apple cart.

Trump took out ads in The Boston Globe, The Washington Post, and The New York Times, calling for a more America First foreign policy and the elimination of the deficit in challenge to One Worlder George H.W. Bush.

Trump could have won, but he withdrew before the Iowa primary where George H.W. Bush – even though he was Vice-President – lost.

The Globalist CIA man, Bush, came in third in bellwether State (Iowa), behind a lacklustre Senator Bob Dole and tele-evangelist, Pat Roberston, in a stunning defeat, where Trump, in retrospect, could have prevailed.

But then something happened that would put two Bush portraits on White House walls instead, though none should have ever been there.

John Sununu, the relatively unknown governor of New Hampshire, cut a deal with Bush to ‘fix’ primaries using Diebold vote-counting machines with some ‘special’ features, if Bush would make Sununu his chief of staff.

And outside of all logic (and polling), Bush won the very next primary.

How do I know this?  Because I was in the trenches for Bob Dole against Bush, and was telling any who would listen how it was stolen.

And mysteriously, the much disliked former CIA hack won enough primaries to become the Republican Candidate – announcing the little known John Sununu as his Chief of Staff to a head-scratching nation.

The rest is history – and a few years later when Bush’s kid won with a razor thin margin in 2000 – the Democrats began complaining about electronic vote-counting machines, saying they were too easily rigged.

And they were right.  In fact, that’s the machine’s purpose, and Dominion’s own operating manual explains how to do it, which makes  their denials to the contrary, bizarre.

Dominion Voting System’s history begins in the U.S. with Diebold, whose agent in New Hampshire is still, John Sununu, the man who put two Bushes in the White House using ballot-counting machine fraud.

“Former New Hampshire Governor John Sununu was one of the Diebold agents asking officials in states like South Carolina, Florida and Georgia to buy the Canton, Ohio corporation’s electronic voting equipment before the 2004 election its chairman had promised Ohio to George W. Bush.”

Karma’s a bitch, they say, but a Bush or a RINO should’ve suffered it, not Donald J. Trump

When Diebold was proven unreliable, corruptible, and to have been used to rig votes for Republicans, they simply changed their name and corporate structure in a reverse merger style deal, becoming Premier Election Solutions –  after also being attacked on charges of monopoly.

And in 2009, Premier Elections Solutions sold to competitor, Election Systems and Software, which brings in the Venezuelan side of the family, whose Accuvote machines and software are described thus:

This was, of course, “After being attacked for being a vote-switching tool of Republicans.”

My, my, how times have changed

Leftwing Wikipedia forgot to spin that part of the story now that the Dems control the vote-switching, but here’s where it gets very interesting.

Dominion, though foreign financed and controlled, absorbed all this vote-rigging capability in America by consolidating companies which had been charged with monopoly and fraud when they were vote-rigging for Bush Republicans, but then came under control of Lord Malloch-Brown.

You may want to pause and look up Lord Malloch-Brown’s somewhat incestuous relationship with George Soros at this point, but I’ll move on.

Today, the alleged fraudster/monopolists are all part of CCP-controlled Dominion, but it is somehow no longer considered a ‘monopoly’ as a tool of Democrats – even though owned and controlled by the Chinese Communist Party and more consolidated than ever in its ability to fix the outcome of U.S. elections.

Dominion knew exactly what it was getting with these companies – and why those capabilities to switch votes or ‘adjudicate’ ballots was so great for business – but the company is now more protected under Marxist/CCP control than the California Snail Darter was under Governor Jerry Brown.

You know the Fact-Checkers’ tricks, of course

They will try to dispute or spin this, but SEC records show that Canadian-based, Staple Street Capital, bought controlling interest of Dominion Voting Systems, as we showed you last year in “Trump is Taking Down the CCP” (which was removed to avoid any chance of vexatious lawsuits) and included those official reports.

Staple Street then accepted $400 million from UBS bank on October 8, 2020, just a month before the U.S. election, giving total control of Dominion Voting Systems to UBS as ‘collateral’.

And who owns control of UBS Bank of Switzerland?  The Municipal Government of Beijing and other directly-controlled CCP funds hold a whopping 75% – and control every aspect of its activities via subordinates.

We published the SEC records to save the ‘Fact-checkers’ some time, as they are already claiming that no CCP ‘individual’ owns Dominion.

Funny how they do that, isn’t it, while refusing to acknowledge public records showing the CCP owns the damn bank that now owns and manages Dominion?

But that’s how the CCP gained control of, and rigged the U.S. Elections for Joe Biden and down-ballot Marxists

All of the alleged vote-switching machines made by the companies Dominion took over from Diebold to Premier Election Solutions to Election Systems and Software, up to direct control of Dominion via UBS Bank ownership and control by the top layer – the CCP – were for this purpose.

These machines were built to fix elections and sold as such from making George H.W. Bush the Republican candidate back in 1987 to the Georgia run-offs in January of 2021, which gave Marxists control of the U.S. Senate (though 50/50, alleged Vice-President Harris can vote on ties).

How were they designed to win any vote? By allowing the client party to set the ballot standards

That’s the key – and we’ve got how they do it on film.

Historically, the ‘adjudication’ rate for ballots is under 1% nationwide, but Dominion made the difference for once fair elections in 2020, by shifting 70% or more into that pile for ‘personal decision’ by partisan poll workers.

But you can see on the film below how setting the ballot kick-out rate to ‘adjudication’ on high, allows vote switching to be done with one press of a button by partisan hacks of either party who have the magic wand.

You will understand not only why Democrats kept Republican observers so far from the vote counters in 2020, but how they switched millions of votes to Biden via this fake ‘adjudication’ process where the counter gets to decide on entire batches, for whom the votes go!

It was all fine as long as Bush One-Worlders were being cheated into office, but when the much-hated outsider, Donald J. Trump, came along, even John Sununu switched sides and started rigging things against him by bringing South Carolina, Georgia and Florida into the fixing family for RINOs and for anyone against Trump and his America First agenda.

But it gets worse.  In fact, put on your flak jacket for this new reveal, as it is explosive.

How Could Department of Homeland Security’s Cybersecurity and Infrastructure Security Agency (CISA) say “2020 was the most secure election ever?”

By lying, is the short answer, but also because the Committee that told that lie to the American people has some interesting members, including most of the now-known perpetrators of the election fraud:

Can you imagine allowing the same exact entities who rigged the election on behalf of the CCP, to be the ones to officially rule on the election’s integrity?

Trump should have fired all of these sappers when he had the chance.  They were planted there to undercut elections integrity – and then officially claim otherwise.

Meet the men behind the Dominion Deal with the CCP – Staple Street Capital.

Dominion was a Canadian company, owned by Staple Street Capital in Toronto, until just one month before the 2020 election, as is a matter of public registrations and records.

On October 8, 2020, these men took 400 million from UBS Bank in Switzerland, which is 75% owned by CCP government entities.

The manner in which they did it, however, was and is intended to cloud everything, as Staple Street gave Dominion Voting Systems – and complete control over it – to UBS Bank (under CCP control and ownership) as ‘collateral’ rather than in an outright sale.

This is how Zuckerberg’s fake ‘fact-checkers’ claim Dominion is not CCP owned, though it is in every way, as Staple Street is not paying back the $400 million.

That is going into other joint ventures with other CCP entities under Six Flags Entertainment centres, which are being built all over the U.S. and China.

So a foreign owned company from Canada and its subsidiaries that have been charged with voter fraud since 2004, managed by and under the complete control of CCP operatives, was allowed to partner with U.S. Oligarchs including Mark Zuckerberg, Jack Dorsey, Sundar Pichai, and George Soros to steal the U.S. Election – aided by RINO One Worlders.

The press was intentionally consolidated from thousands of vibrant outlets when I was a child to just 6 compromised entities, controlling 92% of all content in America today – yes, just six – and they all sing the same tune, so they need to be broken up as soon as possible.

Even Murdoch’s FOX has been trapped and skinned (by his own offsprings), and I just read a two page denial by new kid on the block, NewsMax, of ever telling the truth about CCP-Dominion voter fraud, despite the overwhelming evidence of it, so my enthusiasm for them is also waning fast.

In short, Big Tech, Big Media and Big Business took down our knickers without even a kiss and are having a go from the non-missionary side of things.

We’ve now been screwed by all comers.

We pull up our britches and trudge on.

We continue exposing the fraudsters, tracing money and power to the sources for all to see, until there is no choice but to overturn the election and imprison every one of the miscreants who participated, for treason.

Under Trump’s Executive Order 13848 issued September 12, 2018 – which is still in effect – all of their assets can be seized, which should suffice to pay off America’s debt.

Zuckerberg’s $102.1 billion could be the kickoff grab, working our way through the other Oligarchs from Dorsey and Bezos to Soros and the Clinton crime family, then the complicit media corporations from CNN to FOX.

Break it all up and auction off the pieces, forbidding ownership duplication in any single market.

Then on to the bigger perpetrators’ assets which includes everything owned by the CCP and the thugs who run that party, worldwide.

Once the nation’s debt is paid off with CCP and traitor cash, we slash the federal government back to its Constitutional limits and de-centralise what’s left until Washington, DC is a ghost town.

Then we live within our means.

And one last thing….

Then you’ll see first-hand how I know President Trump will be back to do all of this – it’s only a matter of ‘when’ not ‘if’ that’s in question.