Time for some quick score keeping

We all know Trump’s numbers—highest employment ever, record financial markets, peace in the world, troops and jobs coming home, with borders under control

Then along came Joe.  Yes. We got Joe’d, like Joe Black-The Grim Reaper—who has nothing on Joe Biden and his Bolsheviks.

Just take the souls and run.  No one’s watching—especially the Media.  And make no mistake, Joe Black Biden is on the estate—the American estate—the White House, and he is there for the soul of America.

Media, Schmedia!  Screw everybody, leave Hunter to sweep up the gold and move on until Kamala the Destroyer ends the shortest presidency in U.S. history! Joe?—he’s in the history books, his wife Jill is fixed for life, and perhaps the most pathetic political career since Peewee Herman’s run for president is over.

But Peewee Herman had the grace to drop out over his pedophile charges.

Joe won’t though we will soon show he outstripped Peewee by legions in that field—even in his own family.

To properly credit this article’s prompting, I got a message from a source who was a life-long government official and attorney.  He left government because he refused to attack anyone for their political beliefs when ordered by Obama’s IRS to do so.

2.  Ukraine is threatening to take Crimea back by force.

3.  China is threatening Taiwan and its neighbors while also threatening our ships and Navy.

5.  Iran has been emboldened and making more than their normal threats.

6.  Our southern border is a humanitarian disaster caused directly by this administration, and the administration that promised transparency is hiding it and not letting the media have access.

7.  Ford is closing a plant and moving it to Mexico after just bringing it back from Mexico because of the current Administration’s plan for increased taxes.

11.  $1.9 trillion in stimulus that funds the administration’s pet projects and only paid a fraction to the people. (9%)

12.  29 trillion in debt with 4.8 trillion projected 2021 deficit before the 2 trillion dollar stimulus proposed today for the new green deal.

13.  6+% unemployment with millions of job openings that can’t be filled because federal unemployment assistance makes it more advantageous for people to stay home than work.

“The current president is a disaster. Hold on, the next 4 years are going to be a rough ride.”

There is not much I can add to that, but if we’re keeping score, this administration—if you can call it that—is clearly set on taking down America, not building it or doing anything positive for its people.

The faster this junta falls, the better.

Fortunately, a torrent of information is coming out daily on how the election was stolen in incredible and indisputable detail.

Heroes like Mike Lindell, Sidney Powell, and Lin Wood are putting it all on the line for the nation and world to know the truth.

But it’s a race against time.  The longer it takes to get this indisputable evidence in front of a court—and for a court do do its job—the less likely it is that America can be saved.

The nation is on life support and Joe Black Biden is creeping the hallways looking to steal its soul.

Too hyperbolic?  I don’t think so. 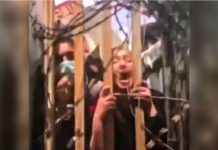 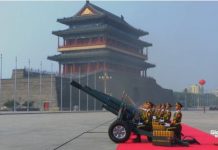 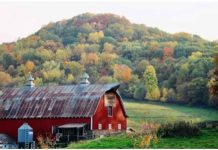 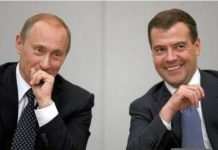 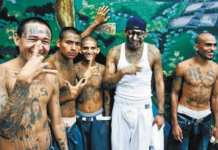