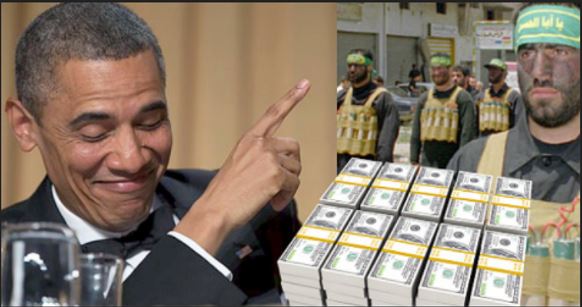 Fourteen pallets of cash, laundered via the US. embassy in Dubai and Vatican was less than half of it.

Our sources confirmed that 14 pallets of Obama/Iran Joint Comprehensive Plan for Action cash were laundered via Dubai and sent to Italy (using the Vatican Bank).

This was to pay off Leonardo for use of their satellites to upload votes to America – as admitted by their IT guy who did it – Arturo D’Elia.

Payoffs were also made to Scytl in Barcelona which aided in the switch providing real time election intel from the Dominion voting machines with assistance of CIA traitors (Frankfurt) and U.S. Embassy (Rome) as we outed months ago to fix the election.

We published the testimony of Arturo D’Elia, Leonardo Sp.A.’s IT Chief who actually did the physical switching of votes from Trump to Biden in the key States where the fraud was most prevalent – on orders of American employees working in the U.S. Embassy in Rome.

D’Elia also had a backup drive showing each ‘switch’ of votes he made on the instruction of U.S. traitors. That proved that the election fraud was organised directly by Obama hacks of the State Department and CIA.

We reported this information from D’Elia – thanks to American reporter in Rome, Maria Zack – which showed an actual 68 million votes for Biden to 79 million votes for Trump – including all the mail-in fraud, dead Dems still voting at age 118 and so on.

So Biden’s actual tally of real votes from real voters was closer to 31 million.

But I missed half of the story

I was off by half a billion U.S. Dollars according to information just disclosed by Lt. General Thomas McInerny and Maria Zack.

The total payoff included $500 million stolen from Operation Enduring Freedom routed via Ghana to the Vatican Bank – which Pope Francis moved directly under his supervision perhaps to occlude just such shenanigans – and trucked to Geneva, Switzerland.

Why would Obama do that, you ask?

Not for God and Country, that’s for sure – but according to Lt. General McInerny, the cash is also tied to the spreading of the Wuhan virus.

I’ll admit I had trouble with that one, but he (and Maria Zack) have been spot on thus far, so we’re reporting what he said and you should listen to this as well.

This illegal stash was part of the plot (now uncovered) that the Democrats used to induce the notoriously problematic mail-in-ballots to steal the 2020 election – using the cover of the Wuhan P-4 lab virus as excuse.

But unlike the United States, Italy still has a functioning financial task force that routs out real crime and criminals rather than just chasing white Conservatives who love their country and invading the homes and offices of Trump lawyers and supporters.

Congratulations, Guardia di Finanza for outing these criminals within your government – and the Obama Administration – as there is no one left in Washington, DC, who has any interest in going after America’s traitors.

There is now consensus that the CCP created a weaponised disease in its P-4 lab in Wuhan and there are admissions this was done using funding and authorisation from none other than Dr. Anthony Fauci, Director of U.S. National Institute of Allergy and Infectious Diseases (NIAID).

Joe was elected through the fraudulent use of a mail-in voter scheme that flooded Democrat states with unrequested ballots, using this manufactured ‘gain-of-function’ disease as an excuse.

Saying that mail-in ballots are the best way to destroy election integrity is not just my personal opinion, but that of Democrat President, Jimmy Carter, and James A. Baker III back in 2005.

This is all now fitting together.  Maria Zack’s new findings inextricably link a man-made disease developed by the CCP (surreptitiously funded by U.S. Democrats) with Obama’s stolen $900 million, the staged election fraud and the vote-switching.

Whilst most of these roads lead to Rome, they all lead to Barack Hussein Obama as the shot caller behind the greatest fraud in human history.

I know, I know.  This stuff is more bizarre than fiction, which is why I had to give up writing novels until the Marxists in my country are all in jail as I cannot even make up the things that they are willing to do in real life!

The Richardson Post covered the Renzi/Obama scandal as well, of course, but we had no idea that was just part of the story.

Only today we learned that Barack Obama laundered an additional $500 million sluiced from Operation Enduring Freedom during his eight years in office, via a law firm in Ghana.

We know this thanks to Lt. General Thomas McInerny, an American legend and patriot who is risking all to tell us what really happened.

He and Maria Zack also filled in unknown details about Prime Minister Conte being arrested by Guardia di Finanza (Financial Guard) in Italy because they tracked one of the Obama payoffs – $6 million to Prime Minister Conte – to a bank account in his name in California!

This puts the pathetic American DOJ and FBI to shame

The Biden Crime Family still gets $30 million a year from then Vice-President Joe Biden’s family deal with the CCP to ‘manage’ $1.5 Billion of Commie assets but the hacks at the FBI and DOJ only have time to obsess over and attack white people, Trump supporters and patriots.

They have no time for real crimes committed by Democrats of the CIA, FBI and Executive Branch – which I predict will be their downfall when the Man is restored to his rightful office later this year.

But how did Lt. General McInerny and Maria Zack find Obama’s Ghana cash – and even the law firm hiding it for him – when we didn’t?

NOTE TO HARRY – We have to improve our intel sources in Ghana, OK?

And speaking of intel, who authorised the Saudis to land Official Royal Family helicopters on top of the U.S. Embassy in Dubai with all that cash for Obama’s election scheme and Fauci’s Scamdemic?

According to General McInerny, “the leadership was involved – including CIA station chiefs – and a lot of people – as this also involved cyber-crimes.”

The General stated unequivocally this afternoon that “Obama was involved in all of this.”

This is treason, of course, but who’s watching?  Not the FBI or DOJ.

General McInerny and Maria Zack dropped another explosive piece of connective tissue between these seemingly disparate parts of the plot.

Obama’s cash deal with Iran, Leonardo Aerospace’s now-admitted participation in the stealing of the U.S. election, the Dubai government’s laundering the Iranian cash via the Vatican, and the CCP’s weaponisation of the disease – all leading back to Rome.

And one man – besides Barack Obama – had a finger in each of these pies.

And another character was in on the laundering of all of this money – and get this – he’s the same guy who’s been busted taking $2 billion a year from the Communist Chinese, while they are imprisoning and butchering Catholics and other Christians in Mainland China.

Chinese dissident and Steve Bannon associate, Miles Guo (Guo Wengei), first disclosed the Vatican’s illicit payoffs in exchange for silence in June of 2020, claiming as a one-time CCP insider that this arrangement dated back to 2014.

Catholic Journalist, Elizabeth Yore, of Townhall has also publicly excoriated Pope Francis for his pay-for-silence arrangement with the CCP describing it as ‘the Chinese Firewall in the Vatican’ and writes:

When the CCP goes on a crusade to destroy crucifixes and holy statues in systemic eradication of the faith, Vatican silence echoes.

When the CCP prohibits Chinese children under the age of 18 from practicing religion, global human rights groups react, but Vatican silence echoes.

So, let’s tie up these pieces

One of America’s top generals just risked his life to tell us what really happened, tying all the pieces we’ve disclosed over the past six months up into one concise package – and telling us he has the evidence that Barrack Obama’s fingerprints are on every surface of the crime scene.

He linked the Wuhan man-made disease to the election steal in no uncertain terms.

Frankly, I have covered that as a separate scandal, but his evidence is overwhelming and I accept those facts. As he said:

“Covid 19 was not a pandemic but a deliberate biological attack by the Chinese Communist Party on the world and specifically on the United States in the year 2020 to have repercussions on our election because of what President Trump was doing to China in changing the calculus by moving industries back to America.

This is all one entity that is doing this – all enemies of our nation – both foreign and domestic.”

The good general has confirmed that these elements – a man-made disease to cover for mail-in ballot fraud, stolen cash, cyber warfare from the CCP (with assistance from Italy, Germany, Holland, Switzerland and Great Britain) to switch votes from Trump to Biden – were all part of a grand plan to;

3) take down America as a competitor,

4) put the United States under a Marxist regime, and

5) put the nation back on a course of ‘managed decline’ as accepted by President Trump’s predecessors Bush I, Clinton, Bush II and Obama.

I’ll close with that, except to mention that Lt. General McInerny’s military forensic team independently determined that the actual vote – was 68 million votes for Biden to 79 million votes for Trump – just as the Italian government determined from the hard drive provided by Leonardo IT chief, Arturo D’Elia, and as reported by Maria Zack last year.

Patrick Byrne – not a Trump supporter – also spent millions having forensic studies on the data trapped on the night of the election, November 3rd, 2020, which showed the actual vote – was 68 million votes for Biden to 79 million votes for Trump – three independent reviews, same exact results.

All three independent audits of cyber data agree that the vote totals were 68 million for Biden and 79 million for Trump, totalling 147 million votes.

There were also 3 million votes cast for independents, so the total is – 150 million votes – for all Presidential candidates in America’s 2020 election.

Meanwhile, the U.S. Census Bureau estimates there are 153 million registered voters, which sounds about right as Democrats – both dead and alive – are well-known to register in multiple States – but the turnout according to statista.com was a ‘record’ 66.7%.

But guess what? That means there were only 102 million actual voters.

So the next time you hear a CNN or ABC hack say, ‘but there is no evidence of fraud in the 2020 U.S. election’ just ask yourself – Marxist, RINO or Trumper does not matter – how did just 102 million souls cast 150 million votes if there was ‘no fraud’?

I’ll wait patiently for your answer(s).

Howell Woltz (join us on Telegram, and give your opinion)