ROGUE PROSECUTORS ACCUSE TRUMP ORGANISATION OF BEING TOO GENEROUS!

Do you remember when MSNBC’s hack, Rachel Maddow, breathlessly told the world—in a 20 minute lead-in—that she finally had Trump’s tax returns, only to get egg on her face?

“Instead of proving, as Democrats had alleged throughout the 2016 election, that Trump hadn’t paid taxes in decades, Maddow revealed that Trump had paid taxes—and at a larger share of his income than President Barack Obama or Vermont Sen. Bernie Sanders.”

When Rachel finally ran out of breathless time, she revealed Trump’s 1040 form, and it showed his income was $150 million that year (2005)—and he paid $38 million in taxes!

Did Madcow apologise for this clear faux pas or her lies and repetitions of Marxist talking points that Trump hadn’t paid taxes “in decades”.  No.

She blamed it on her audience, saying they misunderstood her. Right.

A fair mind might think they would stop after that, but no.  These are Marxists, so the baton passed from Media hacks to ‘Criminal’ prosecutors.

CORRUPT PROSECUTORS IN SEARCH OF A CRIME

The feckless Attorney General of New York, Letitia James, ran for that office in 2018—not offering to clean up the crime wave brought on by her Marxist Comrades running the city and state into the ground—but by constantly repeating that it was her mission “to take down Donald Trump.”

Famous attorney Gregg Jarrett described her bizarre behaviour as “an affront to justice” but Letitia was on it like a duck on a June bug.

She launched her predestined probe into all things Trump within three months of taking office (notice I did not say ‘winning office’—as that appears to have also been ‘pre-determined’ like this week’s Mayoral election in NYC).

Such partisans have no business having their hands on the reins of power, and if the system of American justice had a shred of credibility remaining, this woman and her compatriots in crime would be in custody for such illicit behaviour—but no such integrity remains in my home nation, I am sad to report.

Letitia’s first act once in an office we suspect she did not win, along with 23 other Marxist Attorney Generals—was suing President Trump because he refused to give special treatment (in violation of the U.S. Constitution) to LGBT and other Democrat special interests groups over Whites, Hispanics, Asians, Native Americans or anyone else.

Her focus ever since then has been trying to attack President Trump, his family, his businesses and anyone around the man—unsuccessfully.

Why no success, you ask? Because Donald Trump is perhaps the cleanest man in America or they would have been able to make up something by now. I say that not as a partisan, but as a fact.

Imagine any other man, since 2015, being spied on 24/7, constantly attacked and sued, investigated, and probed, that could withstand such scrutiny.

They’ve published false speculations and fake Dossiers, but found nothing, including the CIA, FBI, foreign spy orgs like MI6, State hacks like Letitia James and Federal lackeys like the disgraced Geoffrey Berman (SDNY).

And the best they could do is harass and arrest his lawyers—but they didn’t find any Trump crimes.

Today?  They arrest his chief accountant in an attempt to leverage him into lying for them. Is that all you got, Comrades?

The Manhattan Office of District Attorney Cy Vance, can rightly be called the #1 abuse of power cesspool in America, with the Southern District of New York’s Office of U.S. Attorney being a close second.

Yesterday’s headlines in the New York Post, said it all, “Cy Vance’s Trump case is straight from a Banana Republic — punish your political enemies.”

What is Trump’s crime that Little Cy, Letitia and Gang are chasing?

VANCE IS INDICTING TRUMP’S CFO FOR TREATING EMPLOYEES TO WELL!

That is not a joke or an understatement.

After half a decade of attacking the Man, his family and businesses, that’s all these government crooks looking for a crime could come up with—Trump’s organisation gave too many perks for its employees—and even paid the taxes on those perks.

“The case is tied to tax-related conduct amid claims Trump Organization employees illegally ‘received tax-free perks such as apartments and car leases.’ according to NBC News.”

According to The Gateway Pundit, “These types of cases are almost never pursued, but the witch hunt of Trump and everyone connected to him never ends.”

Got it?  Trump gave his people apartments and car leases—and Trump paid for them, including the taxes on these perks—but the Persecutors now arrest his CFO for being too kind.  Wow.

I don’t really have any more to say on this, except to push again for all Anglo Patriots to spread the word about our plan in every Anglo-Heritage Nation for District Courts of the People to combat such criminal behaviour by government employees and courts acting under colour of law.

It’s disgusting and it must stop.  It goes against everything for which we stand.

We can stop it if we act together, and we must.  This is wrong.

Spread the word—and thanks for being part of this amazing ‘last-stand’ of Free Speech, and thank you Harry and Nurse Ratched for this platform.

If you haven’t donated, you should. 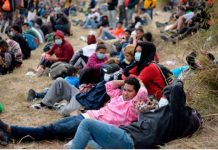 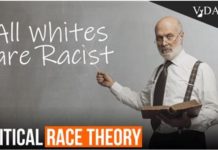 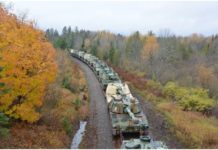