BO-JO, SCO-MO, MACRO-NO, AND OTHER CORRUPTOCRATS ARE PUT ON NOTICE!

We’ve had enough of your non-scientific nonsense and lies.  Don’t know how much Pfizer and the Globalist are putting in your pocket, boys, but it’s time you listen to us, cause we’ve had it with all of you!

As you read yesterday, Anti-Vaxx Pass marches spread across 175 cities just in France on a one-hour notice Saturday!

Taking a page from the Colour Revolution playbook, organisers the world-over co-ordinated what may prove to be the largest spontaneous demonstration in mankind’s history—in over 100 nations across the globe—simultaneously!

In every major city in Australia, Patriots also hit the streets to protest Nazi-like Sco-Mo ‘Vaxx Passports’ choosing to live freely instead—and told the tyrants in no uncertain terms that they’re having none of it.

IT APPEARS, MATES, THAT TYRANNY HAS FINALLY SPRUNG A LEAK!

If you add up the number dead from Governments’ ‘gain-of-function’ disease—which oddly had 73 patents worldwide for commercial use before its release in 2019—and add in the dead from Big Pharmas’ experimental jabs, the bodies are piling up faster than a holocaust.

NOTE TO TYRANTS—ARRESTING RATHER THAN LISTENING (AND FOLLOWING LAW)? OH NO!

Free people the world-over have had enough—and now that they’ve been banned and de-platformed by Big Tech, shut-down by Governments and complicit Media—they’ve found ways to contact each other directly.

JULY 24TH WAS A GAME-CHANGER

With no central planning committee or leader, the Patriots of England, our Brave brethren Down Under, the gilets jaunes of France, the Righteous of Rome and hundreds of thousands who love their nations and freedom in 100 nations around the globe co-ordinated this massive protest on the same day.

Zero media, no notices allowed by Big Tech Censors, banned by the Information Police—yet somehow, they did it—and that has the tyrants shaking.

One in particular….in a nation not above losing its head.…France’s Macron.

“The Republican Guard, a security detail established to protect the President of France, have ALL resigned, and will no longer protect President Macron!”

AND NO LEADER TAKING OUR FREEDOMS AND DEMANDING EXPERIMENTAL JABS IS WORTH IT….

Now imagine BoJo at #10 Downing in his apron next Saturday baking cookies for Carrie and he gets word that like Macron, his security detail has quit (because he’s no more worthy of saving, given his tyranny)—and the only defence he has is his ankle-biting live-in co-PM wench?

The streets are over-flowing with angry Britons—and Boris is bare—except for his apron, of course.  What goes through his mind?

That’s right.  The bastards evidently didn’t see this one coming.

And without security details to protect them—guess who Macron, BoJo, Sco-Mo and gang will suddenly come to fear?  Also ‘US’.

Their ears will open, their mouths will shut, and they won’t worry about their check from Pfizer and Moderna for forcing the jab on us, or Xi Xinping’s bribes to buy his Dominion election-fixing systems—and choose their leaders.

These worthless hacks will start listening to our wise questions about a man-made Chinese disease created with U.S. Government money and they will ask ‘How the hell did this happen?’ rather than ignoring the science and going with the Fauci/Pfizer mask agenda.

They will perhaps explore how Dr. Anthony Fauci and the Globalists took out these 73 commercial patents on the disease and even the ‘cures’ two years before its release.

How did they know, Sco-Mo?  Why don’t you ask them, instead of taking their bad advice on medically useless masks and pandemic extending lockdowns that are only destroying your nation?

Before the gilets jaunes storm the Bastille, perhaps an un-guarded Macron will focus on his people’s concerns about this jab that is now killing more than the man-made disease, rather than his next date with Klaus Schwab in Davos to update him on putting the French people back into serfdom.

Personally—not speaking for The Richardson Post—I hope all their security details realise what the French did and simply walk away and leave their respective tyrants undefended.

None of them from Biden to BoJo are worth dying for.  Not a one.

If this happens, it would not be long before this silly lot of bought-off political hacks started worrying about ‘us’ and what we think, I can assure you.

BUT MAKE NO MISTAKE, JULY 24TH WAS A TURNING POINT—A BIG ONE

The Deplorables, the gilets jaunes, the lao baixing, and free peoples the world over carried out a strategic protest across the globe without ‘them’—the Davos Globalists, Controlled Media, Big Tech or their puppets running our governments—being able to do a damn thing about it.

Make no mistake, Brothers and Sisters—that was big!  Joining hands worldwide against the tyrants was the first step toward victory! 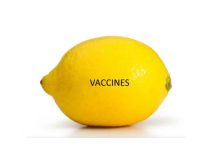 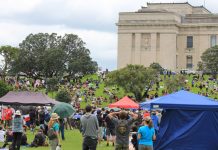 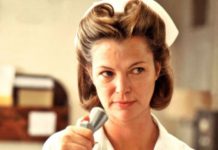 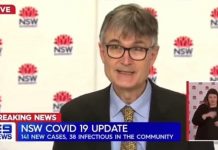