POLISH PARTIES JOINED TODAY TO PROTEST TOTALITARIAN GOVERNMENTS DOWN UNDER

This is the first time I’ve seen so many of Poland’s political parties join in Solidarity on a single issue in my years of living here. It was incredible.

Conservative lovers of their nation under so many populist flags—calling out authoritarians a world away in Australia—was inspiring, as most in this crowd had personal knowledge of what it’s like to live under the boot.

Poles have ‘been there, done that’.

For our many non-Australian readers, a billabong is an isolated pond left behind after a river changes course—just as Australia’s hapless Liberal Party have cut off this once-proud and free people from liberty’s flow.

Leaders such as Prime Minister Scott Morrison and Victoria’s Lord of Lockdowns, Premier Daniel Andrews, have isolated Aussies from the free world— and from freedom in their own land—for what may be payoffs, so read on, as we all suspected this, I’m quite sure.

Though the jury is still out on ScoMo and Andrews, their cohort dictator jab Queen of New South Wales (Australia’s most populous State)—Gladys Berejiklian—quit yesterday after being outed by the Independent Commission Against Corruption (ICAC).

She got caught according to prominent opposition leader, Clive Palmer,  “from personal knowledge” and he’s ready to tell the police who and how.

“IBAC to examine alleged serious corrupt conduct involving Victorian Members of Parliament,” according to its own announcement and publication.

While we can’t forgive these corrupt scumbags—it’s not uncommon.

This is just how the Big Pharma Boys do business—though this time they and their political co-conspirators are quite likely guilty of murder.

Remember back in 2012 when Pfizer paid $60 million to settle a foreign bribery case where it “bribed doctors and health-care officials in order to gain regulatory approval,” according to the Washington Post?

Well, imagine what buying a whole government off might run at?  Oh, say $65 million?

My point is, Pfizer is not only capable of such crimes—it’s their business model.

In fact, “In the largest health care fraud settlement in history, pharmaceutical giant Pfizer must pay $2.3 billion to resolve criminal and civil allegations that the company illegally promoted use of four of its drugs, including the painkiller Bextra, the U.S. Department of Justice announced Wednesday.”

So what’s $65 million to buy off their minions Down Under—if ICAC proves that happened—when they made $11.3 billion just in the first half of this year selling an unapproved, experimental gene therapy that killed all the test animals?

Janusz Korwin—head of the party he founded by that name (KORWIN), asked me—your Richardson Post scribe—to tell all of you that he is with you in mind and spirit, knowing quite a bit about tyranny as he sits in his wheelchair today.

Mr. Korwin was just one of many party leaders openly expressing this shared belief that what Australia’s leaders are doing must be stopped now.

Thousands of people who suffered the tyranny of German Nazis and Russia Communists back-to-back were there for you in Warsaw today, Australia.

They set aside their differences—led and accompanied by the Polish Police—and marched together in your name against the tyrants now running both the national and state governments of your nation.

It was a beautiful day for liberty, Australia, with love from Poland. 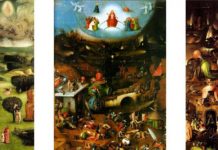 WHAT IF THE LARGEST EXPERIMENT ON HUMAN BEINGS IN HISTORY IS A FAILURE?