“An investigation of official ONS data has revealed that since the Covid-19 vaccine was offered and administered to kids in England and Wales there has been a 89% rise in deaths among male children against the five-year-average, with the most recent week seeing an increase as high as 200%.”

Hey Boris! It’s a helluva lot more important for you to deal with your Death by Vax Crisis – which is real – than a Fake Climate Crisis which isn’t.  It’s your damn job, man!

Meanwhile, in the U.S., “Let’s Go Brandon” (F*ck Joe Biden) is now #1 on the charts because Biden’s stupid vaccine jab mandates are now killing so many – it knocked Adele off the top spot even though it was banned by Vanguard.

If BoJo doesn’t stop his death by Vax efforts in England and Wales – now that his own government has admitted it’s killing kids – next week it will be “Let’s Go Boris!” trending in Jolly Old Pfizer Town.

Are you listening, Scottie?  How ‘bout you, Jacinda? Do you want to be like Joe and Ho, going down the gurgler?

The heart muscle cannot regenerate.  So, the now admitted side-effects of myocarditis and pericarditis following the vax is not only killing young men but shortening the lives of boys forced to take the jab.

Yes. Even the jab survivors are potentially damaged for life.

Keep in mind the Lamestream Media is 92% owned by the same Vanguard thugs who own every one of the Jab Makers, so the only way we find out about these things is by tracking lawsuits.

What their experimental jab does to us all is certainly not reported by Vanguard’s propaganda arm – CNN, NBC, ABC, ESPN, or print media as Vanguard owns them all.

One might expect this in Communist California – where it is happening, of course – but we were surprised to learn that school officials in more conservative states like Louisiana, Ohio and Virginia are doing the same.

Whether driven by Pharma bribes, a quest for life and death power over their fellow man, or just plain mental illness, school boards and officials are pushing vaccines on kids – even though their dangers are now clear.

So, lawsuits (and legal groups like Lawyers for Liberty) are popping up when their parents find out – and sue – as informed consent required under The Nuremberg Code (which a minor can’t give) was not granted and the statutes of most States make written parental consent mandatory.

Suits for this crime – as even Communist News Network (CNN) admits almost every state has laws against vaxxing kids without consent – are being filed in New York, Ohio and even the nation’s capital, Washington, DC where they should know better, as my beloved Constitution lives there.

SO, GET THIS – THE ANSWER ACCORDING TO THE BIDEN REGIME – IS TO ATTACK THE MOMS

The National School Board Association asked the Biden Junta for federal assistance “to stop threats and acts of violence against public education leaders,” but were unable to cite even one instance of such behaviour.

This radical thugette in the picture below, Viola Garcia, was the NSBA president and author of this demand for the Biden Junta to have the FBI investigate and arrest concerned mothers as ‘domestic terrorists’ (in a failed effort to intimidate them from coming to Board Meetings) – and the Biden DOJ did it!

Within just four days and with zero investigations, the pathetic, mealy-mouthed Biden Attorney General, Merrick Garland, issued a memorandum to all U.S. Attorneys and FBI offices around the nation to start a campaign of harassment and terror against Mommies who exercised their civic duty as parents and First Amendment right to speak about policies that harm their children.

They are now ‘domestic terrorists.’  Thanks to Joe and Ho.

Not wanting to get away from our forced vax point of this article, but A.G. Garland used powers not granted to him to shut down all Mommy complaints – especially the one that makes his family many millions.

The School Board protests by Moms is not just about illegal jabs and unhealthy mask policies being forced on their kids – their biggest demand has been to stop teaching racist crap – CRT – “Critical Race Theory”.

A.G. Merrick Garland’s son-in-law is the founder of the company selling the CRT books, lesson materials and propaganda to the government, and he’s minting millions for the Garland Family Business!

And boy-oh-boy, was this faux pa not only an ethical blunder for the Biden Junta, but a political one as well.  Read on.

SO, WHAT HAPPENED TO THE TRASHY WOMAN WHO CAUSED THE BUNGLE?

I am so glad you asked!  Marxists have no need of political skills as they simply steal what they want – including elections – but perhaps even this thuggish Biden Junta should have thought through what they were doing.

They couldn’t leave this political hand grenade – Viola Garcia – on the National School Board Association as its president, of course, so:

“The Department of Education appointed the president of the National School Boards Association (NSBA) [Viola Garcia] to a federal board overseeing student progress.”

Between the botched Afghanistan disaster, unconstitutional ‘mandates’ forcing people to take an experimental jab now killing us, and this scummy trash “Viola” and A.G. Garland calling decent Moms “domestic terrorists” in a (failed) effort to intimidate them, the Regime slipped into the most negative ranking of any presidency in history.

35% – let me spell that out – thirty-five percent – of registered voters as of yesterday want the 2020 election overturned.

YES.  35% OF REGISTERED VOTERS WANT THE STOLEN ELECTION OF 2020 ‘OVERTURNED’

Even the Dems are turning on the Biden interlopers who stole the election now that they see what these people are all about.

The only category on which the Bolsheviks were polling positively was their propaganda-induced belief that they were addressing the manmade Covid crisis – but guess what?

U.S. hospitals are filling up again.  And guess who is the number one filler of ICU deathbeds?

Those who’ve been force-vaccinated by Sleepy Joe and his Comrades.

That’s today’s headline in my home nation – and even National Public Radio (a.k.a. National Propaganda Radio) is talking about it in a spin-fest – without mentioning the organ failure part – only confusing the fact that these people are vaccinated!  “How can that be?” they ask.

But it gets worse for all of these despicable tyrants still trying to force this deadly poison on those they were meant to serve, in a diabolical race against the clock.

The ‘clock’ – is ticking because we learn more each day about their perfidy, Big Pharma bribes and their knowing disregard for ‘us’ as they head off to their Satanic cult gathering in Glasgow to move on to their next attempt to take our remaining liberties and property – in the event, that is, that we survive their virus and ‘cure’.

I’M ALMOST FINISHED RANTING, BUT YOU HAVE TO CHECK THIS OUT

“Current estimates show that people who have taken mRNA-based covid vaccines (Moderna and Pfizer) lose about 5 percent of their innate immune function each week.

“After about 20 weeks, they are characterized as ‘AIDS patients’ who have little to no functioning immunity against in-the-wild pathogens such as common colds and flu viruses.”

The same people who are forcing these untested vaccines on ‘us’ are plotting their next hoax – the Climate one – in Glasgow this weekend to remove any of our remaining rights – for which we spent the last thousand years fighting ‘them’ to gain for ourselves and our families.

Under their Climate Hoax Agenda 2030, they plan to take our property – the last thing that prevents free men from becoming slaves again – claiming that they must do so to ‘protect us’ – from what, is unsaid.

If you still believe anything they say, please choose sterilisation so you don’t/can’t reproduce – or take the jab, as it appears likely that it will take care of your reproductive capabilities according to multiple reports.

So be on the lookout next week in the Vanguard press ‘ads’ covering the Glasgow thing for any thug hailing from your nation and remember this is not ‘news’ but choreographed misinformation – by the Vanguard.

Any person you see – such as the pathetic old man planted by the WEF and Globalists to destroy my nation, “Let’s Go Brandon” (Joe Biden) – or the sad individual for whom I had so much hope now ruling the once-free Australia – Scott Morrison – are proving that they are complicit just by being there amongst the Vanguard thugs.

Every one of these men and women have turned to the dark side.

They are either taking bribes to do these horrible things to ‘us’; they are under threat of exposure for their crimes – or maybe both.

Their admitted plan since 1971, Limits to Growth, has been to eliminate ‘us’.  They didn’t obfuscate what they intended to do, so I can’t accuse them of lying about what they were doing, only of gruesome intent.

They co-opted, bribed, monitored and then threatened our ‘leaders’ to do their bidding – and every single one of them outside of the Nordic and Eastern European nations resisting their cabal have capitulated to their evil.

We will soon find – I predict in less than a month – who in the Scumbag category of our lazy leaders got paid to do it.

I will start naming names after the Glasgow Greta-Fest ends where the world’s leaders and other scumbags are gathering, depending on who goes along with their fake agenda – with special consideration even for the guilty – who publicly call out the WEF/Vanguard criminals for what they have done to ‘us’.

Did you ever wonder how we – the modest Richardson Post – scooped the world and got not only Jeffrey Epstein’s Black Book but the flight logs of his pedophile air force known as ‘The Lolita Express’ ahead of every other news organisation in the world?

They’re still posted at www.howellwoltz.com if you want to take a look.

First in the world.

My point is not that we are so great but that we have some great sources – which is why in the end, we are rarely wrong – and we won’t be about this.

We told you Trump will win in the end, because we know his military Special Forces possess the data to prove the steal and control it when the public sees the scam for themselves – as is happening right now.

35% aren’t asking for an ‘investigation’ this week into the stolen election, they’re asking for an overturn – because of the disaster it has caused for all Americans – and the world.

Those bribed by the Vanguard pirates and their jab interests are going to be outed soon as just another part of this cleansing.

The trail to every school board Marxist who took a bribe – and all of the thugs at the Vanguard/WEF Greta-Fest who either paid or received one – will be put on public display before elections in each of our nations. 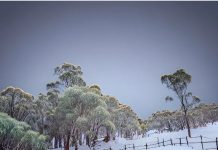 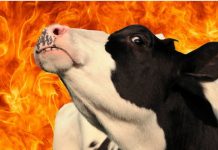 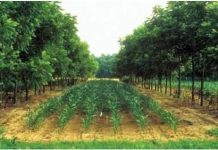 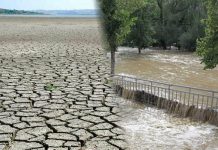