For those who followed our Vanguard series, it is the stated plan of giant global corporations—all owned by the same small group of Global oligarchs—to own/control our entire world economy by 2028.

Bloomberg said it, not me—but rather than worry about who said it, let’s talk about how we can stop the bastards.

Once we’ve retaken our countries from the Global Marxists currently running America, Australia, New Zealand, England, France, Germany, etc., we can institute gobsmacking tariffs on the products of the Vanguard globalist corporations to stymy them, but for the moment, we’re on our own.

Trading communities—where there is no tax on locally produced goods be it clothing, food, building materials—anything—while taxing the Hell out of imports and Globalist products/services.

I’ll never forget walking into a community co-op in a small Tuscan village in Italy years ago near where I had rented a home.

Local vegetables, meats, cheeses, cooking utensils, soaps, clothing—and perhaps the best wines I ever had—were in the warehouse store and everything was extremely inexpensive.

I almost felt guilty shopping there.

This was not an open-air farmers market, but a real cross-roads of all local products like a mini-mall of necessities in a clean, modern warehouse.

Intrigued, I asked the check-out clerk, “Who owns this store?”  Her answer  was, “We do.”

“No.  We do.  The entire village.  We own it together,” was her response.  The village had used tax dollars to create the Co-op and literally, they all owned it.

This same concept is taking root in many places today.

For example, I recently had a knee replacement in Yverdon-les-bains, Switzerland, where three days a week, the park by the train station became a local market where any and everything from lederhosen to fresh local food can be purchased from area residents and producers.

Many communities are creating their own food-growing co-ops as well, like Detroit, where the once-abandoned town centre is now a food paradise, with community gardens—and even greenhouses for winter production.

But the key is giving these local producers of any product every possible advantage over the Vanguard pirates, such as no tax on transactions and few if any restrictions—while making it very expensive for the foreign Globalist interlopers to access your local trading system.

BUT WHAT ABOUT BANKING?

Good question, so let’s get the big one out of the way.

The Democrats and RINOs in America ‘regulated’ local banks out of existence with their Dodd-Frank response to the financial crisis of 2008—the same crisis which these same too-big-to exist banks had themselves created.

But instead of punishing a single criminal of JP Morgan-Stanley, Bank of America, Countrywide—real financial gangsters—they red-taped all their small competitors out of business, though having no part in creating the crisis.  They were if anything, it’s victims.

Go figure.  It’s almost as if it was intentional—you know—making ‘reporting’ cost roughly one million per year, which only the huge banks could afford, while shutting down the honest locally owned banks and bankers.

But the unintentional consequence of their foolishness was to spark a revolution in small credit unions—owned by the members and customers—which are now flourishing and taking market share worldwide.

It’s not only Bitcoin any longer, but Ethereum, Celo Euro, Algorand and many more.

I put just 300 PLN (Polish zloty) in one of them a couple of years ago and didn’t check the account until recently—and the account is over 10,000.

Billionaires such as Elon Musk are putting huge sums into these alternatives, and as our fiat currencies of no value continue losing ground, more vendors and currencies will pop up to replace them.

Better yet, create your own local currency for local use

More than 100 communities worldwide have already taken this step from BerkShares in western Massachusetts to the Chiemgauer in Germany to the U.K.’s Brixton Pound—where every pound, dollar or mark stays local.

Estimates are that 85% of public currencies escape the community to the benefit of Vanguard Global pirates and others, which does not happened with a local alternative.

Some of these local currencies are quite sophisticated with phone apps that transfer them electronically and keep the benefit of commerce local, and in the case of the Brixton Pound, as example, are used by 600 locally owned companies and stores—which is almost every local business.

4.  Why not make power generation local as well?

The next chapter in the Globalist’s playbook is to steal our property under the guise of ‘Global Warming’.  You may have noticed they had to change the name of this hoax to ‘Climate Change’ because the earth is now cooling, but they won’t let up.

The Facts be damned, because it’s about control and nothing more.

But what if communities had their own means of generating power and passed regulations/legislation against being forced to rely upon undependable sources such as wind and sun for reasons of security?

You might recall the disaster last year when—thanks to federal mandates—the State of Texas was dependent upon frozen windmills and snow-covered solar panels during the worst arctic blast in known history, costing many lives and billions in damage, lost wages, and disrupted commerce.

Nuclear is the cleanest—and now safest—means of power production in the world, so the Greenies trying to destroy normal life can just fume.

I worked on a project years ago in Pennsylvania where a small community near Lake Erie hooked refurbished jet engines run on cheap kerosene to power generators and could produce energy for far less than half of PPL or Pennsylvania Power—and were back-feeding it to the grid at a profit.

That was quickly forbidden—after the bribed officials in the government shut down the project to prevent competition with their donors.

My point is that once we get our politicians hands out of Vanguard’s pockets and regain control of our own nations, we can do very cool things like make our own power, rather than depend on Globalists and monopolies who bribe our leaders not to be innovative—as it messes up their world domination plan.

Perhaps our greatest threat from the CCP and Vanguard criminals is hacking and cracking our power grids—which I promise you is coming—but they can’t do it if we produce and control our own energy production.

Hungry, cold people can be controlled.  Independent self-sufficient ones cannot—so as soon as we retake our nations, this is a priority.

5.    Alternatives on the Internet to Globalist Vanguard thugs.

GETTR.com is a great start as the antidote to the Vanguard-owned personal information police at Twitter, Facebook, What’sApp and CCP owned TikTok—and President Trump’s Truth Social will be launching in February as a freedom platform where truth cannot be censored.

But what if you want to rent your home—or rent one from someone else?

Vanguard owns Airbnb, VROB, HomeStay and all the top ten—as well as booking.com, Trip Advisor, and most of the airlines—but there are alternatives popping up all over.

I consider the Vanguard cabal to be a Satanic manifestation, so whether you are religious or not, why not see if the God-fearing/loving side has something to offer?

Sure enough, I found The Christian Hospitality Network (thechn.org) up and running.

There isn’t one Down Under?  Start one.

How about buying necessities online?

Mike Lindell of FrankSpeech—another true news outlet—will be launching an alternative to Vanguard’s demonic Amazon and the CCP’s Alibaba in 2022, so yes, we are building our Alternative Economy already.

We’ll develop this topic further in the future and I’d love your ideas.

For now, I ask that when you put your hand in your pocket to buy anything, you ask yourself how you can get that product or service closest to your own home to benefit the local economy rather than the Globalist Barons who want you dead.

Check out the list of companies the Vanguard/BlackRock/StateStreet cabal own and avoid those firms like the plague—because they’re the people ultimately who brought the last one and are now making billions on their even more deadly ‘cure’.

Here’s the list of companies they already own.  It will overwhelm you to go through and see how close they are already controlling every important corporation in our world—which also explains why they seem to be beyond the reach of any law and own our leaders:

And find news alternatives that are not owned by this group—as it is nothing but propaganda to advance their efforts to put us under the One World Nonsense—which takes effort, but new news sources are popping up every day.

Every dollar they earn (or steal) comes from ‘us’ so if we wake up and have the courage to do it—we can bring them down simply by turning off the spigot—and their fake news.

We cut off the Vanguard’s income and influence—we take them down. 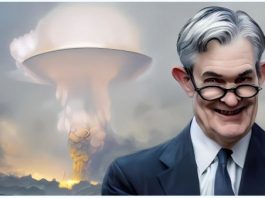 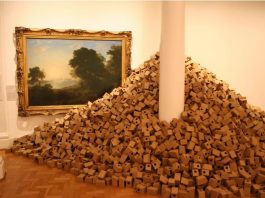 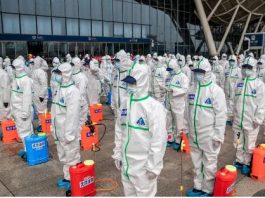 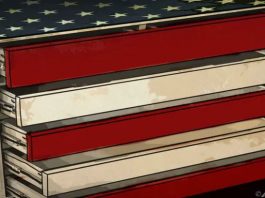 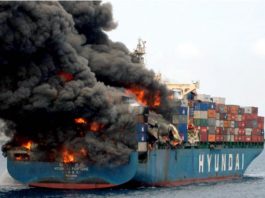 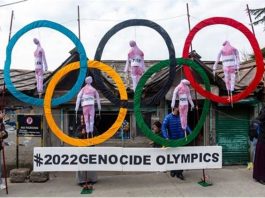