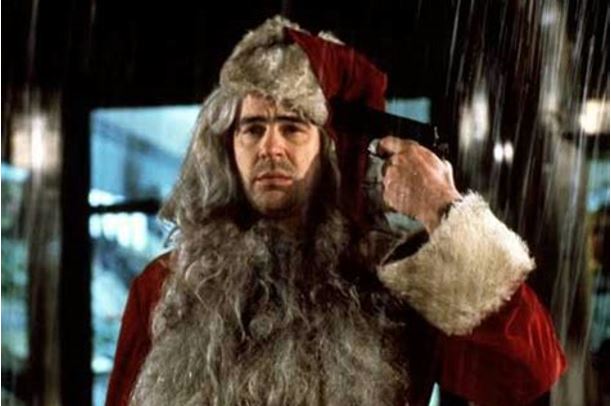 I DIDN’T ASK FOR TRUMP TO WIN, OLD MAN – I JUST ASKED FOR A FAIR ELECTION!

But no. You couldn’t even do that for me, could you?

Don’t worry about that now, cause I got an update from Mark Finchem in Arizona last night, and he thinks the jig is up for the 2020 steal.

We’ll take care of getting the overturn of Arizona for you so you can concentrate on how to get Trump back into the White House.

Arizona’s Maricopa County audit proved there were 57,000 illegal votes that could not be counted, Santa – yet they were added for Biden anyway – stealing Trump’s win in that State.

Pima County – the second largest in Arizona –  has more votes than citizens in the first three towns checked (Sells, Topawa, and Lukeville), and up to 42 phoney voters registered at small offices that are not even residences – so the corruption is neck deep and set for overturn.

My personal favourite, Santa, is a college fraternity house (Sigma Alpha Epsilon) closed due to the Wuhan flu lockdown last year – but 27 men were registered there who voted in Tucson anyway – with an average age of 45 – a little old for your average college Joe, no?

In fact, the Pima County canvass already extrapolates to 45% fraudulent ballots, where the people at the actual address had never heard of the ‘registered’ voter – so don’t worry about getting the 2020 steal overturned – we’ve got this covered, thanks to Mr. Finchem and his colleagues.

ARIZONA SHOULD BE FIRST TO DE-CERTIFY 2020

Now that the Racine County’s sheriff has filed criminal indictments in Wisconsin against corrupt election officials, that State should also decertify the 2020 steal early next year.

Another 10 electoral votes down – that’s just 16 more Electors to go – and the corrupt 2020 election is overturned!

WHOA!  BACK UP A MINUTE – SHERIFFS & DE-CERTIFYING NATIONAL ELECTIONS?  WHAT THE HECK ARE YOU TALKING ABOUT?

Thanks for asking, Santa.  You’re right. This is important – and you may not know being in the Christmas business instead of elections and law.

But yes, a county sheriff is the ultimate law man in a constitutional America.  He or she has the power to arrest federal agents and anyone else who violates the rights of the citizenry that elected him.

Marxist Democrats colluding with foreign governments and federal officials to steal an election is the worst violation of rights imaginable, and as Sheriff Mack is now teaching his members, they need to step up and take charge since the U.S. government was clearly complicit in this crime.

A great example is the corrupt Department of Justice sending a letter on May 5th, 2021 to the State of Arizona threatening to arrest anyone who canvasses voters – like I just described is being done right now.

Article II of the Constitution says elections are strictly the business of the Legislature in each State, and unless a lawful citizen is prevented from voting, the federal thugs have no say in it – none.

So former Air Force Colonel, Arizona Senator Wendy Rogers, told Biden’s Bolsheviks and the pathetically corrupt Attorney General, Merrick Garland, to come on down and try – and she’d make sure he and his crew ended up in an Arizona territorial prison.

Guess what, Santa?  No fedocrats or corrupt FBI thugs showed up!

SO, SHERIFFS COULD ACTUALLY MAKE THIS HAPPEN?

In fact, they already are, and more will follow as they see the brave example of County Sheriff Christopher Schmaling arresting officials found to be breaking election laws to steal the race in Wisconsin – based on evidence the State’s officials refused to review.

And get this, Santa, once just three of the States are overturned where the worst fraud was committed by the Biden-CCP pirates – Arizona, Pennsylvania, Georgia, Wisconsin and Michigan – it’s over for Sleepy Joe.

270 Electoral votes must be won (lawfully) by the winner, and just three decertifications takes the usurper, Beijing Biden, out!

SO, THE REINDEER AND I JUST TAKE TRUMP BACK TO THE WHITE HOUSE?

Not so fast, Santa.

Remember when we told our readers that Trump invoked The Insurrection Act in a public statement early in 2021 while he was still in office?  No?  Well he did – and that speech claiming foreign interference in the election also activated his Executive Order 13848 of September 14, 2018 – imposing certain sanctions – giving him incredible powers of seizure for any nation or individual involved.

TECHNICALLY, HE’S BEEN IN CONTROL ALL ALONG, BUT EVERYONE HAD TO SEE THIS FOR THEMSELVES

So, here’s where you come in, Santa.  All (legal) 2020 votes will have to be recounted, but this time, under the observation of the U.S. military.

Illegal votes and dead voters won’t count this time, meaning Trump will win by roughly 14 million votes – and while the military is at it, they will arrest every person taking part in this fraud, to be tried for treason as this was not just election fraud, oh no.

It was a coup – and that is treason.

Those tens of thousands who participated nationwide will be swiftly tried by military tribunals, not in civil courts, and put away for life or executed while their assets and those of the nations and foreign actors who colluded with them will have theirs seized as well – totalling in the trillions.

Trump just put Biden’s handlers in Beijing on notice Sunday past that their tab alone will be $60 trillion – and that’s just for the flu they released as cover for stealing the U.S. election!

WITH $60T, WILL THE WORLD STILL NEED ME?

Of course, the world will still need you, Santa – but let’s stay on topic, OK? We need your help in dragging this out until January 22nd, 2023, and I’ll tell you why.

Article 22, §1 of the Constitution only allows a temporary holder of the office of president – which Trump will be as interim leader while the military sorts out the coup –  to run for another term if he or she held that temporary post for less than two years.

So that’s what we do, Santa.  We drag out the recount and military trials until at least two years and a day from Biden’s fraudulent inauguration.

That gets us through the 2022 midterm elections – where it looks like real Trump Republicans are set to take the House and Senate by storm – and they can start gutting the Deep State in earnest.

SO WHO DO I GIVE TRUMP FOR A RUNNING MATE?

It would be great to put someone as Vice-President with more power than usual to give Trump a rest (he will be very busy, as you are about to read ahead) – but that person would have to know what they’re doing when they get there – oh say, like a really great State governor.

While most governors were locking down, shutting up, and putting normal life aside over the Wuhan flu, this lady was slashing government, merging its departments, living free without restrictions – and building highways, WiFi infrastructure for all and a ‘rainy day’ fund with the savings.

Sounds rather ‘Trumpian’, doesn’t it, Santa?

Not just yet, Santa….you’re still on the hook.

Stealing the 2020 election was a worldwide event, including every major evil actor and regime on earth from the CCP/Democrats and Vanguard/Davos crowd to what we thought were allies such as England, Australia, Italy, Germany as well as many, many more.

While the military trials are convicting – and in many cases, executing – the planners, plotters and plodders in this coup publicly on 24-hour TV, Trump will have enormous power over the remaining Western World’s evil Vanguard leaders – as well as leverage if not outright ownership of most of the global wealth these people have stolen from us ‘Deplorables’ and Communist China’s  lao baixing (who will one day join us).

The Vanguard/State Street/BlackRock criminals and their holdings in 92% of the media as well as their Big Tech giants played a serious part in the coup – thereby forfeiting their assets as well.

All of them, down to Zuckerberg’s hankie and his wife Chan’s CCP credentials, will be stripped.

The Davos crowd plotting our demise and return to Feudalism?  They will be paupers in prison.  How do I know, Santa?

Because they just cancelled their Davos gathering set for January 17-21 of 2022, knowing that they would be arrested there in my (educated) opinion.

Their mansions and palaces will become hospitals and living quarters for those harmed by their Vanguard Big Pharma ‘jabs’ – and Donald J. Trump will be in charge cleaning up the mess and restoring wealth to the people.

THE WESTERN ALLIANCE TAKES CHARGE OF THE WORLD

After decades of being bashed, blamed, bludgeoned and berated for being the most successful societies and peoples on earth – it’s time we re-establish that which made us so great – real education, real borders, real Christian value-based societies, truly free economies, and small government republics meant to assist keeping us that way rather than rule us as tyrants.

With most of the world’s stolen wealth now under Trump’s control after the Great Penance for trying to steal America – we restore that which brought a better life to every race, creed and colour that once adopted these values as their own.

The Alliance of Western Heritage Nations is born and this enormous wealth from the Davos/Vanguard criminals and CCP funds it, worldwide.

All nations that once adopted these values – and agree to return to them – become partners in this world alliance against evil and share the wealth.

The United States’ core partners – once rid of tyrants currently mis-managing them – are the United Kingdom (Britain, Ireland, Scotland, Wales, its territories, separately or jointly, by vote), France, Australia, New Zealand, Japan, Canada, India, Germany, Italy, Greece and much of Eastern Europe, once under Communist control, as well as South Korea and, of course, Taiwan – if nothing else than to show Xi who’s Boss!

Here’s a surprise for you Santa – guess who has built more Christian cathedrals than all nations combined over the past decade?  Putin’s Russia.

Vladimir Putin – the Democrat/Marxist’s boogey man and recent excuse for proposing nuclear war – has largely been responsible for the restoration of Christianity in his post-Communist nation – so let’s not put him off your ‘Who’s Been Bad and Good’ list quite yet.

I only started studying this topic when the Dem/Marxist began calling for nuclear war against him, and I think I now know why.

Yes, Putin is even rebuilding Christian places of worship in war-torn (formerly Christian, now Muslim) Syria – something no one else in the world – except maybe Trump – could or would ever think of doing.

And what could be more threatening to a gender-confused American Marxist than a strong man on a mission to restore Christianity?

Nothing, is the answer, Santa, so let’s keep Russia on the list for our new organisation if for no other reason than he (Putin) and Trump get along.