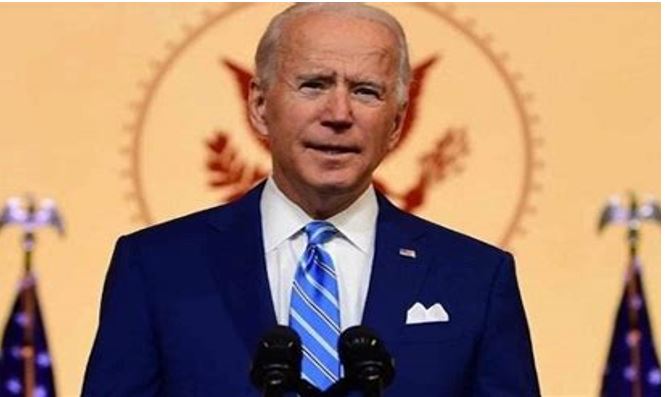 VANGUARD’S PERVERTED MEDIA ARE ALREADY BEATING THE DRUMS OF WAR—BUT WHY?

War is good business for the Vanguard criminals—always has been—but that’s not the only factor pushing this thing.

The issue is simple and very obvious if you live within a short ride of both Russia and Ukraine like I do.  Putin and his nation have gone from vying for top dog on the planet in my youth, to a scruffy has been as I play the ‘back-nine’ of this game of life.

Keep in mind that they still have one of the top three nuclear arsenals on earth, so this dog can bite—but Russia’s pride has been terribly shaken.

All Putin asked for in his December Summit—yeah, the one you still have not heard about—was for NATO to stop building up militarily on his borders.

But you didn’t hear that on the six remaining news outlets (all Vanguard owned) now did you?

“In a draft treaty delivered to a U.S. diplomat in Moscow, the Russian government asked for a formal halt to NATO’s eastern enlargement, a permanent freeze on further expansion of the alliance’s military infrastructure (such as bases and weapons systems) in the former Soviet territory, an end to Western military assistance to Ukraine, and a ban on intermediate-range missiles in Europe.”

BUT BEIJING BIDEN GOT DIFFERENT ORDERS

While America should be allying with Putin against the real threat—Biden’s boss in Beijing—the Vanguard made other plans for him.

They’re going to have the old fool stumble into a conflict with both the CCP and Russia—at the same time.

I live near the Ukraine/Russia border so I pay attention and can tell you it’s already happening. According to David Kamioner of Lifezette, as of January 23rd, “China Joins Russia in Ukraine Crisis”.

Thanks to this feckless puppet, Joe Biden, and his evil marionettes, the Chinese have agreed to back Russia in Ukraine against NATO, in a completely unnecessary showdown—my worst fears realised.

ABSENT DEMOCRATS AND CCP STEALING THE U.S. ELECTION IN 2020, THIS COULD NOT HAPPEN

And that’s why they did it.  With four more years of Donald Trump, peace would break out all over the world.  Can’t have that now, can we?

The CCP and Vanguard criminals would be paying for their Covid crimes against humanity by now through massive seizures and tariffs—and there would be no talk of war if DJT was still calling the shots.

I say that because 52% of Russia’s GDP comes out of the ground rather than by making things, so Putin couldn’t afford to go spelunking in the neighbourhood—and wouldn’t with Donald Trump in office (officially—some say he’s still in charge of special forces, just waiting for such a crisis to return).

Russia’s economy is between that of Florida and New York in size, while China’s CCP is in a debt crisis from the real estate bubble bursting, bringing down its largest companies and investments.

They’re busted—so Vanguard had Biden fund both to keep them viable for their new war—and their hopes of destroying The United States of America while they have complete control of it via their White House puppet and the Marxists running Congress.

The dumb bastard shut down America’s energy independence for no reason, then reopened Putin’s (Nordstream 2 pipeline) spigot to fund him with billions per month, and ended Trump’s strangling sanctions/tariffs on China—putting America in its worst trade deficit ever.

So like some stories conclude with a choice of endings, I see two ways this one can go:

This will occur shortly after the Beijing Genocide Olympics draw to a close in a few weeks, as spring trips north again this year.

The CCP will invade Taiwan in March.  It will be swift, with minimal defence and the bribed puppet with whom they stole the U.S. election in the U.S.—Joe Biden—will do nothing but talk tough, but not too tough.

Joe knows who is boss—and where $31 million of his family’s bread is buttered.

Some nations call that bribery and treason, for which they execute traitors, but I digress.

Having been driven to an alliance with the CCP by Joe Biden and the Vanguard criminals, Vladimir Putin will take the opportunity to restore the Ukrainian States of Kiev, Chernihiv and Surny to Russia, using his Chinese PLA alliance to bring NATO and the feckless Biden to capitulation and reason.

Next time he invites them to leave him the hell alone, perhaps they’ll listen.

If I were Putin and this pathetic husk of a man, Joe Biden, started a war with me, if for no other reason than punishment, I’d take the Eastern Ukrainian States of Kherson, Zaporizhia, Donetsk and Luhansk as well, so I have a land bridge to my bases in Crimea (which voted to return to Russian control on March 16, 2014 by 95.5%).

You probably missed that little tidbit in the Vanguard press as well, didn’t you?

It was a pretty big deal over here when the Ukrainian citizens of Crimea and the local government of Sevastopol voted so overwhelmingly to rejoin Russia.

The BBC covered it quite honestly, but I never heard the facts on CNN or the rest of the Vanguard-owned media muppet shows at all. Rather than ‘democracy’ they called it an invasion.

The worst part about ENDING #1 is that the CCP will have successfully allied with and fought on European soil, putting them forever in the game on this historically bloody continent, and Biden’s Bolsheviks are to blame.

If this feckless old man had an ounce of geo-political savvy, his first call and visit would have been to make friends with Putin—like Trump did—which is why the “Russia, Russia, Russia” false narrative was adopted to prevent Trump from being able to follow that strategy.

The Globalists knew this had to be stopped, which is why they did it.

The Obama/Hillary Dem-Marxist regime—as we covered relentlessly—put together a false narrative (the $10 million Steele Dossier) in concert with foreign spies, the CIA and FBI to tar Donald Trump as a “Russian asset” to prevent him from being able to follow this path.

At this point in time, only a Russia-U.S. alliance could stop the CCP—but that might happen yet, so let’s move on to ENDING #2 as ENDING #1 just landed us in World War III where the Globalist Elites of East and West end up ruling and any  survivors are returned to Feudalism.

Pennsylvania, Arizona, Wisconsin, Georgia, and Michigan are in various stages of audits, proving fraud on such a massive scale in the 2020 election that the legislatures in those States are realising they will have to act.

Arizona is just one vote short of recalling its Electors already, and court-ordered audits are proceeding in Pennsylvania, Wisconsin, and Georgia as I write.

Michigan? As we reported, “A constitutional attorney’s forensic audit of the 2020 election in Michigan found that more than 66,000 unregistered ballots were counted,” so the evidence is just waiting for a court (or honest government official) to act.

If just three of those States decide to withdraw their Electors from the 2020 election, that puts an end to the Biden presidency and that would throw it back to Congress, where in terms of Electoral matters, 27 State delegations are Republican and only 23 are Democrat—and they get only one vote per delegation.

The Biden/Harris gig is put on ice if that happens and can do no more harm while the audits continue and the matter is resolved officially—and the military will decide with Congress on how to resolve conflicts abroad rather than the CCP-installed puppet.

There is also the fact that Donald Trump did invoke the Insurrection Act before leaving office in January of 2021, as well as his Executive Order 13848 of September 12, 2018 imposing severe financial and criminal sanctions “in the event of Foreign Interference in a United States Election”—which has now been proven in spades.

Under this two-century old law, that means the Commander in Chief of the U.S. military is still Donald J. Trump—buttressed by the evidence including the fact that Joe Biden is not allowed in the Pentagon after a year of his false ‘presidency’.

Further, Trump’s publicity campaign is in high gear and he said last week at his enormous  50,000+ rally in the small city of Florence, Arizona, “I’ll be back,” as many insiders have promised, once the nation saw the disgraceful things the Marxists would do to the nation.

Never in American history has a president become so unpopular so quickly as Joe Biden—and according to Rasmussen Reports today, “Forty-seven percent (47%) say it’s likely that Democrats stole votes or destroyed pro-Trump ballots in several states to ensure that Joe Biden would win.”

When almost half agree Biden won via fraud—and the evidence is only now being widely publicised—this game is over.

As of just last week, the National Guard was officially deployed in all 50 States.  The reason—‘officially’—was “to assist with the pandemic” which is all but a dead issue, so I suspect there is another purpose.

Should the purpose be to seize the CCP-owned Dominion voting machines and do a real audit under military supervision—to compare with the data proving vote-switching from China trapped by the U.S. Space Force on election night, 2020 (as we reported)—the president who invoked the Insurrection Act, Donald Trump—will be immediately restored to acting control until the ‘insurrection’ coup on November 3, 2020 is remedied.

Two phone calls that same day and the Biden Wars with China and Russia are over—or averted—depending on when it happens.

China trade is then halted, until Taiwan and Hong Kong are freed, followed by a 25% tariff on all Chinese products until reparations for trillions in damages from the CCP virus are paid in full, which will cripple the CCP.

Raising U.S. money for CCP-related companies by Wall Street—estimated to have been $14 trillion over recent years—is halted and criminalised, cutting off the CCP’s funding mechanism which has allowed their spending on the Belt & Road Initiative to gain global control, as well as fuel their domestic economic growth.

Those who participated in the attempted coup in 2020—both domestic and foreign—are rounded up and put on military trial, forfeiting all assets for their part in the coup.

This would take out most of the Vanguard/Blackrock/State Street cabal, its media apparatus as well as Big Tech holdings—both of whom admittedly stilted the election in favour of the Marxists.

It would take out 178 pharmaceutical companies owned/controlled by them including all of the jab makers (yep, Vanguard owns them all), the CCP leaders—and all their assets located around the world— the WEF/Davos gangsters behind much of this, and almost every Democrat party and poll official in the nation who collaborated in the election fraud with foreign adversaries.

The military audit will quickly prove many down-ballot races to have been stolen as well and the winners will replace the Marxist bandits who were falsely placed in power—giving the restored President a majority in both houses of Congress.

Then the real work begins—tearing out and decentralising a century of ‘progressivism’ from the federal government—and then ‘centralising’ it—physically.

The bureaucrats will have a choice in the few bureaucracies not shuttered—they can quit, or move to their new greatly-reduced-in-size agency in the ‘centre’ of America, which is in the picture below.

This is the greatly preferred ending—including many Biden supporters according to the latest polls—so its likelihood of coming to pass it gaining traction daily.