WHISTLEBLOWERS IN THE DEPARTMENT OF DEFENCE OUT BIDEN BOLSHEVIKS’ KNOWING CRIMES

The numbers you are about to read came directly from the U.S. Department of Defense.  In other words, they knew what they were doing.

By forcing them to either be poisoned with a dangerous experimental drug—or  be  dishonourably discharged, putting a stain on their record for life.

Since this illegal, unconstitutional and immoral treachery by the Biden Junta, military deaths, suicides, and life-threatening injuries in all categories have skyrocketed, compared to the five year average from 2016-2021:

Diseases of the nervous system – 1,048% increase

Malignant neoplasms of thyroid and other endocrine glands – 474% increase

Renz stated at a Senate hearing this week that “registered diagnoses for neurological issues increased 10 times from a five-year average of 82,000 to 863,000 in 2021.”

SENATOR RON JOHNSON ORDERED THE BOLSHEVIKS NOT TO TAMPER WITH THE DATA….

But just like the data was deleted after they stole the 2020 election in key states, the Bolsheviks first move was to take down the U.S. Department of Defense’s database and start altering it—which was fortunately expected of the Marxists.

The original database and evidence, however, had been copied by the whistleblowers and given to Senator Johnson via their attorney before the criminals in the picture below could have it deleted.

So now, we have evidence of a criminal coverup in addition to the traitors knowingly putting my home nation’s entire military in harm’s way.

These criminals must be terminated and held to account for their crimes—the disgusting Lloyd Austin and General Mark Milley—the same pair forcing Marxist Race Theory on the soldiers to divide and weaken them.

WHY DID THEY DO IT?

We won’t know until their court martial, but there are only two possible reasons these men would sell out their own nation and people when they had the figures proving the inherent danger of what they were doing.

1-  They’ve been paid off by Big Pharma to force this poison on the troops, or,

2-  They are working for Joe Biden’s boss, Xi Xinping, to debilitate the U.S. Military so it is no longer an effective fighting force.

My guess?  It’s both.  They’re paid-off traitors.  Nothing else makes sense.

And this one, no doubt, goes to the top of the Biden Heap of Traitors, as the intrepid Peter Schweizer has covered in detail in his new book, Red Handed: How American Elites Get Rich Helping China Win.

REMOVING THIS DANGEROUS JUNTA IS NOW A MATTER OF NATIONAL SECURITY

Flinging open U.S. borders to America’s enemies while illegally paying and housing them; arming, aiding and abetting the Taliban in Afghanistan to kill Christians; bankrupting the nation (now over $30 trillion in debt) while intentionally causing inflation and putting the nation’s energy sector asunder—and now this.

Knowingly poisoning the U.S. military—both in mind and body—in service to America’s enemies, foreign and domestic.

Forcing Marxist theory on their brains, while putting spike protein clotting poison in their bodies—a more toxic mix is unimaginable.

Anyone who thinks this was just an unfortunate accident needs to do some homework.

When this data was right in front of them the whole time—and they continued killing and maiming the men and women under their command with experimental poisons—this is clearly a crime against humanity and must be treated as such. 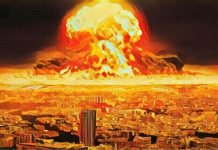