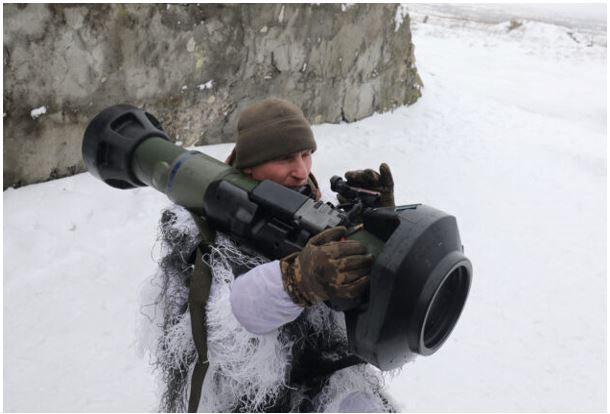 IMAGINE BEING SUCH A FAILURE THAT YOU ARE WILLING TO START A WAR TO DEFLECT IT!

You probably thought I was talking about Beijing Biden, but his failure is not news—as in the lowest ratings of any American president in history.

I’m talking about the Mainstream Media, pushing a war to cover their own tanking approval—as well as Comrade Biden’s, of course.

CNN, all in.  MSNBC, only too happy to please.  The rest, ABC, NPR, CBS, equally a mess.  Whatever is needed to save the regime and their own comrades’ asses—they’re all in!

They think pushing a war where our children and grandchildren are coming home in bodybags might save them, but it’s too late now even for the usual Rothschild formula.  They’re done, and just don’t know it.

The only ratings in America lower than Joe & Ho are for their media cohorts, who are now considered unreliable liars and worse.

Absolutely no one trusts them—or listens to them—anymore.  CNN has lost 90% of its viewers in just one year.

“The Russian Foreign Ministry has called on Western media outlets to publish a full list of dates on which Russia will invade Ukraine for the year ahead, so Russian diplomats can schedule their vacations accordingly.”

I live over here.  I have dear friends next door in Ukraine and love visiting “the breadbasket of Europe”—yes, that’s how Ukraine has been described for a thousand years.

There is no ‘build-up on the border’ and there is no reason for Vladimir Putin to invade anyone. As example, the media calls the Crimea’s election to rejoin Russia in 2014 (97% voted ‘yes’) an ‘invasion’ rather than democracy—so they’ve been lying for years.

I don’t like Putin or trust him, but I am a realist.  He has zero reason to invade Ukraine at present, but Joe Biden and the Democrats have every reason to invade so they can cover up their crimes still on record in the Prosecutor’s office in Kiev—which we covered extensively two years past.

Our entire series on Obama/Soros criminal conduct was put on display in multiple articles—these two being most instructive to the neophytes only now waking up to this criminal cabal’s decimation of liberty—worldwide.

There are many more articles describing their illicit behaviour, but this will give the uneducated Marxists just waking up a start as to how corrupt their leaders actually are—and have been.

UKRAINE IS THE DEMOCRAT/MARXISTS’ MONEY-LAUNDERING BASE

It’s much broader than just the money-laundering, as more understand every day, so let’s look at what happens after Marxist money is laundered by the CIA into Democrat organisations.

The jerk in the picture above—former CIA Obama goon—John Brennan, may be the worst human ever emanating from my nation.

He’s a dangerous prick, an admitted Communist, the man who authorised 16 Saudi-Arabian terrorists’ visas to attack the World Trade Center on 9/11 over his entire staffs’ objections (Brennan was CIA field office chief in Saudi Arabia back then)—so you can take it from there ‘who’ he is.

BUT WHO FUNDS THESE ‘PRICKS’?

Great question, and thanks for asking it.

George Soros is the first answer, but he now has a rival for the world’s largest idol-worshipping Satanic sugar daddy— Hans Jorg Wyss—who is illegally funding almost every Marxist cause in America that is dedicated to my home nation’s destruction.

I say Hans Wyss’s funding of Marxist causes and candidates is llegal, because unlike Soros, who lied to get into the United States to attain residency and citizenship, Wyss is not a resident or citizen.

He got his nose under Hillary Clinton’s skirt by throwing $5 million at her Clinton Foundation, and millions more at her pedophile henchman, John Podesta’s Center for American Progress—a leftwing funding cesspool—and then went direct.

Under investigation for “brutally assaulting former employee Jacqueline Long on April 3, 2011,  at the Governor Morris Hotel in Morristown,” https://billlawrenceonline.com/hansjorg-wyss-sex-assault/ Wyss is not able to visit my homeland at the moment (investigation is still open in New Jersey awaiting his next visit), but his money is a frequent visitor.

Not being an American means he is unable to legally fund the Marxist assault on America, but he does so anyway via shadowy non-profits to the tune of hundreds of millions. (excellent in-depth review of all this, by Glenn Beck on Blaze ‘pay’ TV—so we’re giving it to you for free)

After the money is laundered through these two non-transparent levels of ‘foundations’ (alleged to be charitable, but without the charity), they are distributed to Marxist organisation each with a separate purpose:

Funny how these European billionaires are the ones buying off the Marxists in America, isn’t it?

But back to Ukraine, it was more than just a ploy for Soros to take over Ukraine’s energy sector. Via a literal joint venture between Soros and Obama’s State Department, AntAc, they were causing international havoc.

Ukraine was the hub of both the Democrat’s money-laundering operations, but it was also their base of international operations in literal co-operative organisations to incite ‘colour revolutions’ operations around the world, and the Marxists want it back!

ANOTHER MORE INSIDIOUS PURPOSE WHY W.E.F. GLOBALIST WANT A WAR IN UKRAINE

Besides being the Hub of Democrat skulduggery, Ukraine has been famous for a thousand years for its ability to produce food.  It is known as ‘the breadbasket of Europe’ for a reason.

25% of Europe’s grain both for use domestically and for export comes from Ukraine.

Rich, flat ground, and ideal climate, made Ukraine the ‘prize’ for Europe’s previous Marxists, including a guy named Josef Stalin. (If you never read about the Holodomor, where Stalin starved an average of 28,000/day 1932-33 by stealing all their grain, you should).

So the best way to starve Europe, is to drag ‘the breadbasket of Europe’ into an unwanted war, no?  War and grain crops do not co-exist very well.

And that is what Beijing Biden’s master of Davos and CCP have ordered him to do—start a war in Ukraine—by any means necessary.

If he does not start a war in Ukraine, he cannot stay on as their Puppet-in-Chief, as the next part of their ‘Great Reset’ is to starve us all—so Ukraine war takes care of Europe and he’s now paying farmers to destroy their crops in America.  You read that right.  Please watch this short clip.

The U.S. government under CCP-installed Dictator Biden is literally paying farmers 1.5 times its value to destroy their crops to start The Hunger Games rolling in America—while Globalists Bill Gates, Jeff Bezos and Ted Turner— just became the largest owners of farmland in the nation.

In 1989, they wrote their plan in The New World Order (by A. Ralph Epperson) and haven’t varied from it in the slightest ever since.

THEY’VE DEPLOYED THEIR VIRUS, AND THEIR EVEN DEADLIER ‘CURE’ SO THIS IS NEXT

It’s part of the plan.  They want to ‘reduce our numbers’ by several billion.

As my old Winston-Salem, North Carolina friend, Maya Angelou, used to say when we had drinks at the Adam Mark Hotel, “When someone shows you who they are…believe them the first time.”

They just tried to kill us by creating a virus, promoting it as a ‘pandemic’ using a knowingly false test, then forced a deadly mRNA drug on us that weakens our immune system to AIDS-status where anything can kill us.

They’ve destroyed our economies to get rid of small enterprises, leaving only their Vanguard giants as an alternative and disrupted life for two years (so far) on false premises, unrelated to science to put us under tyranny.

Now, using their illegal vax-passports, they intend to weed out the strong and cut off funds as Canada just started doing this week against protestors by declaring ‘an emergency’.

Not liking what our governments are doing is now called that and they will shut down our ability to live if we let them.

Do you really believe these people have a problem with intentionally creating a worldwide famine?

If so, then you have not been paying attention and need to wake the hell up.

THE CARBON PAPERS PART 2: VICTIMS OF GLOBAL WARMING- any who...