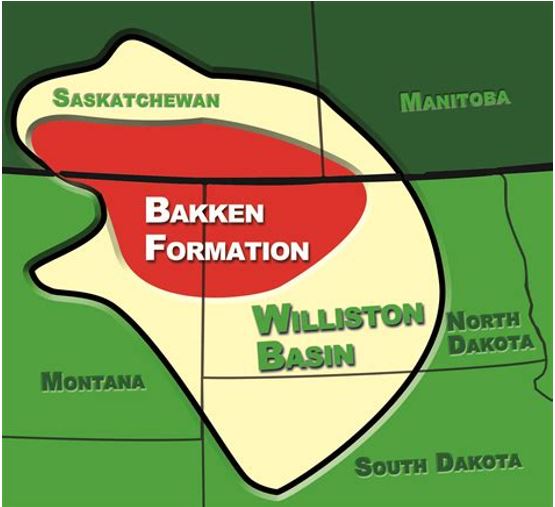 BRAINDEAD GREENIES LEAD THE WORLD TO WAR, WHILE ‘THE BAKKEN’ COULD STOP IT!

“More than all the Middle East put together,” is the answer to the question, how much oil reserves the United States has today including The Bakken Formation.

Tapping into it is a different matter, of course, as that would require a functioning president, legislature and some adults to manage energy policy rather than a dysfunctional Swedish brat and paid operatives of foreign governments.

When I figured out how much oil this is based on the price per barrel just days ago ($107 USD) if we tapped into just 10% of this reserve, that amounts to $5.3 trillion in oil – but again that was last week, and prices have pierced $140 before retreating a bit, but it is huge at any price.

“YEAH, I’M STUPID UP TO HERE AND MY PEOPLE ARE DUMBER THAN I AM – I THINK!”

You know that CO2 is plant food and doing nothing to harm our planet – in fact it is helping it – and the real polluters like China and India remain untouched and un-chastened by the Green Marxists who want to destroy America.

But you let some idiots funded by and fronting for your nation’s enemies – oh say, like Russia and China – push you into non-working technologies such as solar and wind – Oh! – and cars using CCP batteries that have to be recharged using real energy from fossil fuels.

Damn stupid so far, no?  But it gets worse.

So rather than finish U.S. pipelines, tap into the Bakken Formation and start the drills up again – you decide to enrich your enemies by buying billions of dollars in oil from Russia and now you’re going to enrich the mullahs of Iran, rather than using your own?

Then these same Greenies – funded by your enemies – hack what’s left of your brain and tell you to shut down your own nation’s energy independence as it was just a year ago under a real leader and stop drilling on public lands, while shutting down the massive pipeline projects passing through the Brakken Formation reserves that would have been operative by now absent your stupidity.

Pretty dumb, huh?  In fact, such stupidity is stultifying.

Montana, North Dakota and South Dakota are literally sitting on top of an ocean of black gold.

The Bakken is the largest domestic oil discovery since Alaska’s Prudhoe Bay and has the potential to eliminate all American dependence on foreign oil for the foreseeable future.

The Energy Information Administration (EIA) estimates it at 503 billion barrels.

So let’s compare ‘ours’ to ‘theirs’ just to be childish for a moment:

Here are the official estimates of U.S. reserves:

8 times as much oil as Saudi Arabia

18 times as much oil as Iraq

21 times as much oil as Kuwait

22 times as much oil as Iran

500 times as much oil as Yemen

And coal, you ask?

The United States has more BTUs of energy in this form just under the State of Illinois than the entire Middle East’s energy BTUs combined – unused because – again – of Marxist Greenies working for the other team.

SO GET READY FOR THE NEXT HORSEMAN….

Fritz Haber and Carl Bosch invented a process of making ammonium-based fertilizers from natural gas – the reason the W.E.F.-type Malthusians were wrong about our ability to feed the world last century. But without the LNG from Russia, there will be little if any fertilizer for EU farmers this year.

Some say Haber’s invention (and Bosch’s later process to mass produce it) are the greatest scientific advancements in human history, which is hard to argue with considering the alternative was and is mass starvation.

And that, dear friends, is where we are headed unless our ‘bone’ headed rulers get real about what is happening because of their collective stupidity.

If an old farm boy like me can figure this out, some of the overpaid think tank idiots should be tuning in on what is coming – and it cometh right soon.

Many crops such as tobacco and tomatoes are already sprouting in beds to be transplanted within weeks of today – and under current EU prohibitions, there will be no fertilizer coming from Europe’s #1 source – Russia.

Little Greta and the Marxist Greenies shut down all but trickles of German LNG and even Poland gave up much of its production under EU mandates from fools in Brussels who’ve never stepped off concrete and think food comes from Carrefour and Le Clerc rather than from farms.

Unless they wake from their coma of foolishness today, Europe will be facing famine – this year.  Yes.  This is very real and it is very much now.

Japan ordered massive quantities of Russian LNG to survive (it’s on the way) while braindead U.S. and European pols drive their populace to starvation.

AND WHAT ABOUT OUR DAILY BREAD?

Good point as 25% of the world’s wheat comes from – you guessed it – Russia.

Not to belabor this point, but are you starting to see who really has the leverage right now?

It’s not the Biden Bolsheviks and EU tough talkers – it’s Vladimir Putin – the guy who is taking out the now admitted U.S.-funded bioweapons labs in Ukraine and freeing thousands of children from pedophile trafficking prisons that feed the Globalists’ insatiable desire for child sex victims.

Those things are very real – and they are very sick – and Ukraine is where they happen, along with Democrat Marxist’s money-laundering operations, which is the real reason they’re all in such a tizzy to keep control.

BUT MY NATION IS PRESENTLY RUN BY PEDOPHILES, PHARMA PIMPS AND MONEY-LAUNDERERS, HOW ‘BOUT YOURS?

Do your own thinking for a moment.

The guy who produces roughly 20% of the globe’s oil, most of the LNG for energy (and fertilizer) on the continent where I live – plus 25% of the world’s bread – is in church every day and spending his spare time taking out the neighbor’s trash.

I don’t like him, but – he is cleaning out bioweapons labs and pedo-trafficking centers, killing only U.S. funded Neo-Nazi militias as best he can, here in my neighborhood – and I’m good with that.

The Ukraine bioweapons labs and pedophile centers, money-laundering operations as well as the Neo-Nazi thugs, are there courtesy of my own government and its Democrat Marxist activists, who are shutting off the means of supporting, warming and feeding my people – and I’m not good with that.

On balance, these facts deserve a moment of deep thinking as to who may be doing the right thing – and who may have done the wrong thing in Ukraine for a long, long time.

I’ll leave you to ponder and decide for yourself, but I must say that the facts on the ground have given me a whole new point of view on how I see the world.

ITS OFFICIAL: AUSTRALIA GOT SHAFTED ON THE F-35