A people who fear their government are already under its tyranny.

A government that fears its people, will stay within its bounds.

COVID WAS THE DISTRACTION FOR A MUCH BIGGER AGENDA

They lied to us about their manmade virus—for which an even deadlier ‘cure’ was somehow magically patented on July 27th of 2017, and issued Jan. 16, 2018—two years before the disease even became known to those who would be condemned to suffer it.

All of these COVID-19 mRNA VACCINE PATENTS listings in red (below) were issued before the admission of an alleged ‘pandemic’ indicating amazing skills of anticipation—or evidence of a planned ‘event’ to distract as they stole America’s 2020 election using mail in ballots, and inflicted tyranny on free people worldwide.

Check them out.  These are links to those patents:

Here is a copy of Moderna’s patent US 9,868,692, as example—co-owned with the same U.S. Government who was illegally attempting to force it on all Americans—until a federal court stopped the bastards.

THEN, WE WERE DECEIVED ABOUT IT ALL

We were lied to by each of our governments—yet strangely in one voice—and with but one group of toxic solutions deemed to fit all.

They used this deception and lies to steal our God-given rights under threat of violence, enforcing deadly lockdowns, unnecessary maskings, and the worst—physical separation and isolation—to prevent us from gathering to discuss and question what we were being told and what they were doing.

No lie was too big or bold, no public record too sacred to be defiled or altered—and no real ‘cure’ like Ivermectin or Hydroxychloroquine was allowed to be known or discussed as the evidence was hidden, sequestered and ‘disappeared’ by the Vanguard social media censors.

THEN THE BASTARDS PLOTTED TO DIVIDE US

The ‘jabbed’ became the chosen ones, while MSM and tyrants vilified the purebloods, claiming they were killing Granny and ‘othered’ them.

Huge Vanguard-owned businesses thrived throughout, reaping windfall profits and stealing complete markets, while Joe’s Bar and all family stores were deemed too dangerous to open—and destroyed if they did.

Our businesses, churches, bars, gyms—all normal gathering places where humans could meet—were shut down to divide us.  Tyrants warned that even talking to neighbours was forbidden (in Victoria, Australia).

They did anything and everything to isolate free people and keep them in fear—of a manmade disease—and each other.

Our children were masked, brainwashed and lived in fear, as their suicide rates reached previously unknown levels (51% higher among age 12-17).

Laws were changed and our elders were forced into hospitals and nursing homes with the ill, then ‘ventilated’ and dosed with deadly levels of midazolam (ordered well prior to the pandemic in massive amounts) in a form of cruel euthanasia, now known to have been—and being investigated as—an intentional crime against humanity.

The Vanguard media sang in unison, “Follow the science,” while refusing every fact and scientific evidence presented that what they were doing was wrong—and the opposite of ‘science’.

It was pre-meditated genocide and a take-over of humanity—using fake death tolls to keep the people in fear and more easily controlled.

Did the doctors need proof under the new law that Covid-19 was the official cause of death? Of course not.

The law was changed to state (and still states) that medical practitioners are required to certify causes of death:

“to the best of their knowledge and belief”. Without diagnostic proof, if appropriate and to avoid delay.”

For those who missed our Vanguard series, you may not be aware that—according to Oxfam—this criminal organisation (Vanguard/BlackRock/State Street) owns/controls almost all of Media, Social Media, Big Pharma, Big Tech, Big Banks, Food production and Big Retail.

Oxfam says the cabal already controls 92% of our world.

So almost everything we hear, see, eat, watch, wear, drive, travel in (or on) and the booking companies that get us there from booking.com to TripAdvisors—are all owned by the same small group of people.

This is the most powerful knowledge you may ever have—and why Big Media pumps Big Pharma while Big Tech censors anything that goes against the cabal’s narrative—while covering up for their chosen puppets in government.

They turned a little elf who tried to kill the world with both his patented disease and his patented ‘vaccine’ (Dr. Fauci) into a beatified saint, while turning perhaps the most honest American leader in history into a goat.

They did this via media manipulation, misinformation and concealing of facts (i.e., Hunter Biden’s laptop, which changed the 2020 vote by an estimated 15%).

So once you realise that these lying liars control it all, you can become very discerning.

Let me give you another example—what you eat and drink.  It all comes, of course, from seed companies they control (Monsanto, Syngenta and DuPont) then goes to Cargill and Glencore for world distribution as grain—or the six remaining meat-packing giants remaining in America—
but once it is ‘food’ they still control it.

You say you’re a Coke person or a Pepsi person—but you’re still a Vanguard cabal person, because they own them both.

Don’t drink sugar waters?  Great.  Try to find a juice or beverage that’s not made by Nestle’s, Fanta, Nestea, Lipton, Minute Maid, Tropicana, OceanSpray or the other 50 companies they own.

Have fun finding something on the chart above.

And you want to get more than one side of an issue?  That is not possible on cable, TV, the news, movies, or print—because they own them all too.

IF YOU’RE STARTING TO GET THE PICTURE, THEN NOW WE’RE READY TO TALK

The dumbest thing a nation every did was to voluntarily allow itself to be disarmed—so I know I’m stepping on some toes here—but let’s figure out how we can undo that harm now that you’ve tasted tyranny.

Elections are coming soon, so start making that an issue.  It doesn’t have to be a loud one, but start quietly suggesting that the conservatives making a rebound after this nonsense, put that on their agenda.

In the United States, the Marxists have made sneak attacks on the right to keep and bear arms for decades.  They added so many restrictions and requirements that the right to bear arms became meaningless.

So now we’re securing this right into law on a state-by-state basis (even though it is a Constitutionally guaranteed right as the Second Amendment at the national level).

This evil cabal wants us all unable to defend ourselves—which means we need to be armed more than ever after what we’ve seen them do to us. Pick your most conservative, rural State and Premier in Australia for example, and start building the beat for retrieving your own rights from the tyrant’s trash heap—and watch crime disappear.

As a semi-humorous side note, while the Marxists want all of us to be defenceless in their own nations, they’re bleating in concert for the Ukrainian people to be issued Kalashnikov high-capacity weaponry—but I digress.

Back to our State by State approach, “Today, Governor Eric Holcomb signed House Bill 1296, constitutional carry, into law. The General Assembly previously passed HB 1296 on March 8th. This makes Indiana the 24th constitutional carry state, and the third to join that group in 2022, following Ohio and Alabama.”

There are fifty States in the U.S. so we’re just shy one of having half of them armed and able to carry a gun anytime they want without begging some sag-witted tyrant for that ‘privilege’ —once cleared as a law-abiding citizen with that lifetime right.

I always suggest you do your own homework on these things, but if you do a crime check on the States where the citizens are armed, versus States where the gun laws are most draconian—you’ll quickly get your answer.

“Moreover, constitutional carry has reached Gov. Mike DeWine’s (R) desk in Ohio and is moving through the Alabama and Georgia legislatures at a rapid pace.”

That’s right.  Baltimore—with the strictest gun laws in the nation—is more violent than the most violent drug cartel nations in the entirety of the Americas.

Democrat Marxists have run (and ruined) this city for five decades implementing the same deadly policies they are trying to force on the nation under the Biden Bolsheviks, but everyone is seeing what happens when the law-abiding are armed….

All types of crimes drop like a rock—and politicians go from sinners to Saints, faster than Doc Holliday can skin his six-shooter. 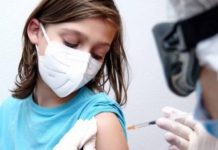 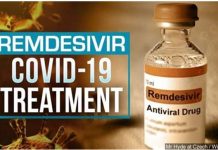 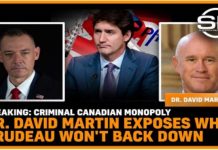 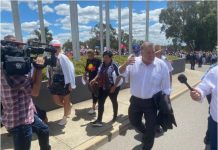 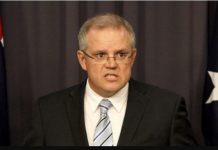 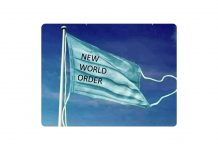 COULD AUSTRALIA SURVIVE A BIDEN PRESIDENCY?