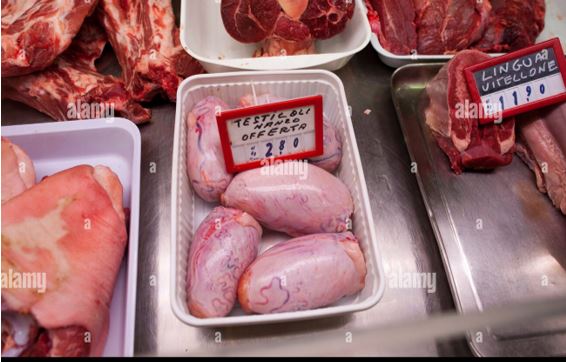 Are these available on e-bay? – hundreds needed!

Why are Republicans so lacking in these that they won’t call a spade a spade?

Democrats are the heirs and successors of the U.S. Communist Party – their CIA Chief even voted Commie

Yes, in 1976, John Brennan, voted for Gus Hall, the Communist candidate – and that is the man the Obama/Biden regime put in charge of the CIA.

They’re actually quite open about it these days – like Bernie Saunders, Elizabeth Warren, AOC, Ilhan Omar, Rashida Tlaib, and leadership – calling themselves ‘Democratic Socialists’ as if there were a difference.

As Democrat party hero, Vladimir Lenin, once said, “The goal of socialism is communism,” and these are definitely Lenin’s heirs.

There is a law on the books already if the weak-kneed controlled opposition known as the Republican Party is worried about upsetting their handlers across the aisle by proposing such a sensible act.

The law says, “whose object or purpose is to overthrow the Government of the United States”

There could be no better description of what the Democrat Marxists did from 2016 to 2020 in collusion with foreign spies, domestic terrorists, high-ranked, corrupt U.S. intelligence and law officials, to overthrow a duly elected government.

LET’S TAKE IT STEP BY STEP

Hillary Clinton’s lawyer (the one on the right) contacted James Baker, Chief Counsel for the FBI, and set up a meeting to lay out a now proven hoax against then-candidate, Donald J. Trump in the summer of 2016.

Even the DNC’s cheerleading squad at CNN is having to report on it – six years later – and it’s killing them to finally tell the truth.

(CNN) “A federal judge declined Wednesday to dismiss special counsel John Durham’s case against a Hillary Clinton campaign lawyer accused of lying to the FBI during its investigation of potential Trump-Russia collusion.” He claimed he wasn’t representing Clinton – which was a lie.

The trial of this scumbag begins next month (May), and his ‘client’ – the iniquitous Mrs. Clinton – appears to be feeling the heat.

Why?  I suspect it’s because Sussman and his law partners are unlikely to take the fall for her crimes – indicated by Hillary saying recently at an appearance, “You many have heard, they’re after me again.”

And with good reason, Mrs. Clinton – you and your now ‘known’ co-conspirators attempted to overthrow the government of the United States.

British spy, Christopher Steele, was paid by the Clinton campaign and DNC to fabricate the Fusion GPS ‘dossier’ used by Sussman and crew to tarnish Trump in collusion with foreign and domestic spies to throw the election.

Former MI6 spy, Christopher Steele, has just taken an immunity deal with the prosecutor – which does not portend well for either him or Mrs. Clinton – as her enemies have a very low rate of survival.

The current Clinton body count exceeds 100, so I’ll summarise with a link:

12 body guards with intimate knowledge of their ‘activities’

33-44 (depending on who is counting) including investigative journalists, attorneys and foreign officials investigating their criminal activities, close associates like DNC staffer, Seth Rich, who released DNC emails to Wikileaks, and sex trafficking pal, Jeffrey Epstein

Further, the story claiming Trump privately communicated with Vladimir Putin via  Belarusian Alpha Bank was fabricated/sourced with Russian assets, including an operative also charged in the crime, Igor Danchenko – in other words – real Russian collusion, the thing of which Hillary Clinton’s creation accused Trump.

This absolute lie was used to smear Trump in an attempt to prevent his landslide in 2016.  When it did not work, they used the same garbage to fake the Mueller ‘investigation’ which came up empty handed, then recycled it into Impeachment hoax #1 to cripple his presidency.

THEY THEN DOUBLED DOWN

The FBI and CIA ran cover for Marxists in October of 2020 when Hunter Biden’s now ‘verified’ laptop exposed Biden family crimes including pedophilia, incest, child rape, massive payoffs and bribes for access to Joe Biden with tens of millions in illegal payoffs garnered as a result.

17% of Biden voters now say they would have switched their vote to Trump in 2020 had the Social and unsocial media not hidden/banned the information – and intel hacks had told the truth – or just said nothing.

In seemed inconceivable that 51 CIA, DNI, and Intel leaders would boldly lie – and know they were doing so – to assist the Communists in overthrowing the government they were sworn to protect from them!

This has prompted Congressman Matt Gaetz to present “Spook Who Cried Wolf” Resolution to strip security clearances (their stock in the fake news trade) for these 51 intelligence officials “who signed on to a letter in the fall of 2020 claiming that the story about Hunter Biden’s laptop was part of a Russian disinformation operation.” All these Deep State lying hacks are called out by name in the Gaetz document – including four former CIA directors – which can be seen here.

THEN THEY RIGGED THE 2020 ELECTION WITH FOREIGN AND DOMESTIC ENEMIES

Up until the election fraud, Donald Trump chugged on through it all like Thomas the Tank Engine:

And for an ‘insurrection’ it’s a bit light as not one of the 700 Patriots are charged with the crime of ‘insurrection’ which Pelosi and her media junta allege occurred and spout forth incoherently each day.

The only ‘insurrection’ was November 3rd, 2020 and it was theirs alone.

In fact, it was President Trump who called out the real perps this week, demanding Pelosi release her emails to the ‘unselect’ committee she illegally convened to ‘investigate’ Trump – after his presidency.

Had the troops been there, their ‘insurrection’ hoax against the president would have been averted, which tells me all I need to know.

It is these Communists (including the two above) both domestic and foreign, “whose object or purpose [was] to overthrow the Government of the United States,” whom we must now address.

The election fraud investigations are finally getting traction in Wisconsin, Pennsylvania, Arizona and Georgia, so someone is finally going to have to explain to the American people how there were 14 million more votes for president in the 2020 election, than registered voters.

But the courts, and criminals of bench and bar inhabiting them have been compromised to the point of not fulfilling their oath of office – just like the intelligence agencies and law enforcement gangs who now act as nothing but enforcers for the Democrat heirs of the American Communist Party.

SO WHAT DO WE DO NOW?

We hold them accountable – first at the election box this fall and then in Congress, starting January 6th – when Matt Gaetz and a whole new team of like-minded Trump supporters take control of Congress.

This same fire-breather, Matt Gaetz, who called out the 51 intel and law fraud creeps lying about Hunter’s laptop to throw the 2020 election, has promised unequivocally to make every committee in Congress one of ‘oversight and investigation’ as soon as the gavel is taken from Nancy Pelosi.

The overwhelming shift to the Republican Party by every demographic in America except ‘college educated women’ tells me that something is very wrong with our educational system – and the effects of its culture on girls.

But in the men’s camp, everything is right with the world.

Black, brown and white, they love Trump, and non college educated women love him too, so we’ll be fine, but I’m worried about the college girls who took to Marxism – the Blue pill – thinking it was birth control.

Guess who Hillary Clinton’s mouthpiece and fixer was during the Russia scam?  The same guy who now runs the White House for Sleepy Joe Biden as National Security Advisor – Jake ‘the snake’ Sullivan, that’s who.

I can’t overstate how incompetent this arrogant twit is and I don’t understand why anyone would make him ‘National Security Advisor’ unless he had something pretty big on them – which he might.

Under the Obama and Biden Regimes’ worst failures – Jake was in charge:

Jake’s name appears below Hillary Clinton’s as a possible co-conspirator in John Durham’s indictment of Clinton’s lawyer, Michael Sussman, as her foreign policy advisor at the time.

Sullivan was either braindead and/or wilfully blind to what was going on around him under his purview as Clinton’s foreign policy advisor (and for whom he was the media attack dog) – or he lied to Congress and Durham’s investigators, claiming he knew nothing about the Alfa Bank hoax to frame Trump.

I expect Jake Sullivan to be indicted, as I don’t know how to square this friendly piece by Jonathan Turley with the facts:

Sullivan was quoted in an official campaign press statement as stating that the Alfa Bank allegation “could be the most direct link yet between Donald Trump and Moscow.”

In the statement, Sullivan said: “Computer scientists have apparently uncovered a covert server linking the Trump Organization to a Russian-based bank. This secret hotline may be the key to unlocking the mystery of Trump’s ties to Russia … This line of communication may help explain Trump’s bizarre adoration of Vladimir Putin.”

Jake the snake may have thrown himself under the bus as he’s now blamed all of the scandal on DNC election fixer, Marc Elias and his Perkins Coie partner, Michael Sussman – which may not bode well when they start making deals with Special Counsel John Durham to save their own butts.

Jake Sullivan has been involved in every Clinton scandal since he hit puberty as her advisor in her bid against Obama in 2008, and then as her deputy chief of staff and policy planning at the State Department during that failed Obama/Biden administration.

He was up to his pencil-neck in Hillary’s illegal email server crimes and was then her senior-most advisor in the campaign against Trump in 2016, making it impossible-to-believe that he knew nothing about the scam.

With all this fire, one would think a Republican outfitted with a pair of E-bay testicles just might be able to find some smoke. 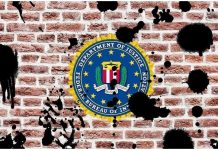 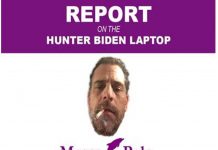 HUNTER’S LAPTOP: 459 CRIMES – AND NOT A SINGLE INDICTMENT….YET 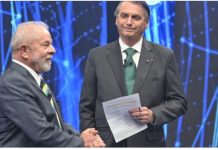