I’LL ANSWER MY OWN QUESTION, WHILE THEY SHARPEN THEIR MACHETES AND PITCHFORKS

These pathetic people on their knees to a petty thief and criminal have been brainwashed to feel guilt for something they never took part in – though all races suffered the evils of slavery.

While over-educated, under-informed Marxist fools are brainwashing our kids with nonsense about the year 1619 when the first African slave arrived in America as being the beginning of my nation’s history, they refuse to talk about the horrific enslavement of Europeans by Muslim Africans – taking entire towns as slaves from Iceland to the Mediterranean  – during those very same years. (see The Treacherous World of the 16th Century & How the Pilgrims Escaped It, by William J. Federer, p. 188)

“North African corsair slave traders invaded and devastated the southern coasts of England, and for a short while even raised the green battle standard of Islam over English territory.”

Why don’t they remind our children that these bloodthirsty Muslim slave traders seized and enslaved entire British villages throughout that same period – while concurrently capturing and selling Africans to the U.S.?

“From the coast of Cornwall, Devon, Dorset and Southern Ireland the Islamic slave raiders murdered and stole away entire villages to be sold into slavery in the Islamic Empire of the East.” (From ‘Christian Slaves, Muslim Masters,’ by historian Robert C Davis)

It was even worse a century before America was discovered by the Europeans.

“In 1544, Algerian pirates carried away so many Europeans into slavery from the Bay of Naples, over 7,000, that the price of a slave in the slave markets of North Africa dropped to where one could ‘swap a Christian for an onion.” (The Treacherous World of the 16th Century & How the Pilgrims Escaped It, b William J. Federer, p.60)

And while the white folk of Europe and the Americas were freeing slaves and outlawing the practice in the 1800s, “The [Barbary] pirate attacks were so severe that many coastal towns along the Mediterranean were abandoned until the 19th century, for fear of raid or capture.” And it continues to this day in the Muslim world – but the pontificators, pundits and putrid purveyors of so-called ‘news’ would choke on their caramel mochiatto lattes if asked to discuss the actual slave trade today.

And while the American Marxists muttered on for two years during BLM’s reign over the Democrat party about the white man’s sins and guilt – they were as silent as George Floyd about the very active slave trade in five Muslim nations today – condoned as ‘Halal’ by their prophet, Mohammed.

Cat got your tongue, Vanguard?  Won’t kneel to this, Nancy Pelosi?

Human slaves are advertised today by Muslim traders for just $400.  Yes, ABC, CNN and the rest of you silent scoundrels, I said “today.”

SO HOW DID THIS BRAINWASHING HAPPEN?

I’m so glad you asked.  It started as with all bad things – the Vanguard cabal that owns all of our mainstream media, most of the super brands that flood our world with questionable advertising, the Pharma companies who just tried to kill us, and all big banks in the Western world – that’s who.

In order to sell products and services to a market – if that’s what you’re really after – the first question you’d ask is, “Who is in the market for my service or product?” You would then tailor the ads to them, right?

So, my home nation of America rounds off at 58% White, 12% Black, 19% Hispanic, and about 11% Asian and ‘other’, yet the advertising in America does not even closely line up with those figures, which says it all. It’s as if they’re selling a devastating agenda instead.

How about this ‘jewel’: “Over a period of 4 months it [the study] concluded that while the African American population in America is only 12% they were in 94.3% of the commercials. Black males are only 5% of our population yet were in 89.7% of the ads.”

Here’s what, the study found, “While only 10% of the 338 million inhabitants of America are in mixed marriages and only 5.6% identify as gay – 90% of the ads are gay or mixed marriages, based on a review of 4 months of major ads just this year.”

White men, for example, have all but disappeared from Vanguard advertising except as geriatrics on Pfizer drugs, or fill ins in mostly black populated ads – except when it comes to smelling good.

The only nice or handsome white guy ads we could find were for European men’s colognes – and they don’t exactly scream ‘man’.

But worse, they’re pushing the transgender/gay agenda and it is having a serious deleterious effect in the real world, and that makes me angry. Those who choose that path, it’s their business, but don’t sell it, please.

On the race thing, I care because White folk are being represented as stupid when they do appear in ads (or the insufferable TV shows, where token Whites are always mis-portrayed) and that is stultifying White children into wrongfully thinking of themselves in this way.

I don’t want them to think they’re above anyone else, but I’ll be damned if the race that has contributed more to the world’s civilisation, scientific progress, philosophy and philanthropy – than any other, by the way – should hang their heads in shame or kneel to any but God for real or uncommitted crimes.

“Despite the low percentage in real life, when polled, Americans have been brainwashed to believe that 24% of all Americans are LGBT! Based on commercials, they must also believe that the “average” American family is biracial, that white men barely exist, and Latinos/Asians do not exist at all.”

This is unfair to all races and intended by the Globalist Vanguard destroyers who are behind everything from the jab to the Marxist Reset to divide us further.

Let’s see how the Vanguard monopolies do in the Americas, Australia, New Zealand and Europe when their Anglophobia brings them to the mat financially.

If you think you/we don’t have any power, just take a look at three arrogant companies – this week alone – Twitter, Netflix and Disney – who took these Vanguard agendas as their own, and collectively lost a third of their shareholders’ value in a matter of days or were bought out by their betters.

I’d like to see them all hit zero. Keep messing with the White folk, and we’ll get you there, I promise.

I’m part Native American, English, Welsh, Scottish, Finnish, French, German, and even 4% Middle Eastern (not sure how that happened or which Abrahamic branch) but I’m all American and for fairness.

I may be a ‘mongrel’ according to the Nazi crowd running W.E.F. and the EU, but I love my White part and will bite any bastard who continues to disparage it.

Mess with the majority of my home nation or where I live (in Europe) and we’ll mess with you – and win.  Just read up on some history and you’ll see.

That part of me – the White part – is the real minority in this world, but no other slice of my genetic heritage can match what the White part has done for us all, and I’m very proud of it and them.

White folk, got game.  Be proud, and it is time to get loud, in stopping the Anglophobes trying to destroy us. 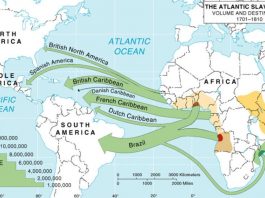 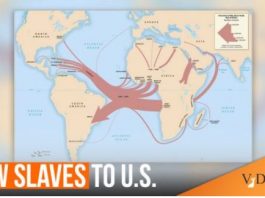 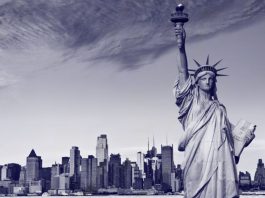 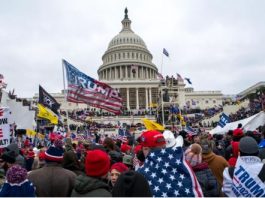 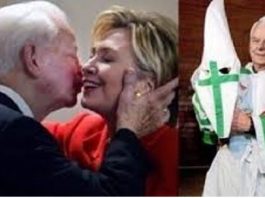 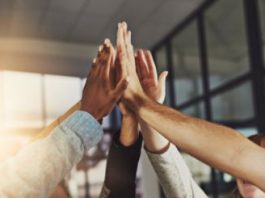