MAY 22, 2022 IS THE DATE DESIGNATED TO END OUR NATIONS AND SOVEREIGNTY – OR NOT

EU Member of Parliament, Christine Anderson, seems to be the only one with courage to ask the tough questions as the Marxists now running our Western nations bid farewell to the birthright of freedom and national sovereignty without as much as a whisper of defiance.

This is the disgusting result of allowing NGOs to sap our western governments like underground tunnellers in war – and train our bought and paid for leaders in Marxist tactics, W.E.F. style – to undermine centuries of civilisation in a single bound back to Feudalism.

MEP Christine Anderson: “I asked the EU-Commission to what extent it would ensure that the principles of the people’s rule and the political responsibility of elected representatives are preserved [so] that citizens are not subjected to the arbitrariness of an unelected body (WHO) and that ever further de-democritization is fostered here.

The answer I received to my question a few hours ago is clear and brief: NOT AT ALL!”

WE MUST NOT ALLOW THE GLOBALIST SCUMBAGS TO SELL OUT OUR HERITAGE TO UNELECTED FOOLS!

The worst offenders on this world stage of idiots are 1) Klaus Schwab/W.E.F. trained or endorsed, 2) Soros/Nazi-backed, or 3) both.

They include the absolute crust on the bottom of this crap pie of western ‘leaders’ like ‘Jussie’ Trudeau, the cad of Canada; New Zealand’s Jacinda Ardern – falsely rumoured to have won the Kentucky Derby weekend past.

We can throw in Australia’s Davos/W.E.F. endorsed, ScoMo; Germany’s Queen of Mean, Angie Merkel (semi-retired to her coven); BoJo the Squish, second in command of UK behind Carrie Symonds) – and more.

France’s questionably re-installed, Emmanuel Macron is yet another W.E.F. plant in this cast of cads (and caddettes).

When America was run by its elected president, Donald J. Trump, the W.H.O. scoundrels were cut off financially – for cause.

They lied about the disease they had taken part in creating.

They lied about the ‘vaccines’ and about their known dangers.

They lied about therapeutics such as hydroxycholorquine and ivermectin which they’d previously touted as effective against SARS-Covid in 2005.

You missed that?  “Chloroquine is effective in preventing the spread of SARS CoV in cell culture. Favorable inhibition of virus spread was observed when the cells were either treated with chloroquine prior to or after SARS CoV infection.”

But once the billions were rolling in, the entire Pharma-Industrial Complex shunned inexpensive therapeutics that had always worked. They were forsaken for the promise of massive mammon, no matter the human cost.

So, Trump cut off the compromised W.H.O. from U.S. funding and left it to wither, but guess who was #2 in supporting this illicit bunch of Pharma pimps and prevaricators – and now controls it?  Yup.  Billy-Bob Gates, the billionaire vax guy.

SO LET’S PULL BACK THE CURTAIN TO SEE WIZARD GATES AND ‘WHO’ HE REALLY MIGHT BE!

According to Robert F. Kennedy (nephew of John F. Kennedy and world’s most renowned voice on the dangers of vaccines), Bill Gates owns the World Health Organisation and called the Microsoft founder, “the most powerful man in public health.”

To express the incredible bang Bill Gates gets for his buck funding the W.H.O., “Half of the WHO’s budget goes towards Gates’ polio vaccine program,” which Kennedy alleges “is actually spreading polio.”

While that sounded bizarre to me, a guy who took the ‘K.O. Polio’ [Knock Out Polio] sugar cube back in 1962 – and was told it was gone – it appears to be an indisputable fact that Gates’ unneeded vaccine (eating up half the W.H.O.’ budget) has brought back the crippling disease.

What a guy this Bill Gates is, eh?  Maybe he’ll bring back the plague as the encore for the final kill off!

It is a fact that Gates Foundation’s vaccines have caused polio epidemics around the world in places where the disease was eradicated, and Kennedy says, “70% of polio cases on earth are coming from the Gates vaccine.”

The latest outbreaks of Gates’ vaccine-induced polio variants are in Chad and Sudan – two of his favourite targets for human guinea pigs – where death and injury have zero penalty (to date) if politicians are well paid.

“The United Nations has been forced to admit that a major international vaccine initiative is actually causing the outbreak of the very disease it was supposed to wipe-out.”

After what we’ve just been through, imagine Bill Gates and his hand puppet, Tedros, had been ceded power to lock-down, mandate, and force their dangerous, untested medical treatments on the world – merely by announcing one of their homemade bugs as the next ‘pandemic’?

Well, you’re about to find out what it would be like, because Billy Gates is already promising a strain of “Viral hemorrhagic fever” he and the boys have been cooking up in various U.S.-funded bioweapons labs – and they just so happen to already have a vaccine for it!

What foresight this Gates guy has! Just brilliant. It’s like Microsoft inventing computer viruses for which they already have a ‘Defender’ program you can buy to fix them, which may be where he got the idea.

We reported this on January 19, 2022 – actually thinking they would launch their newly recycled ‘Marburg’ virus during the Genocide Games in Beijing, China – but we now see that Billy Bob was waiting until he became World Dictator via the W.H.O.

SO WHAT DO WE DO?

Frankly, I don’t know, as our weak-kneed W.E.F. stooges running our nations made their Faucian bargains with the Devil some time ago.

They just showed us what they’re made of during the staged Scamdemic – and it’s silly putty.

The Biden Bolsheviks are all in – and will give up America with a smile.

They’re licking their chops for the global control they’ve sought for a century – not knowing their heads will be the first in the guillotine when Klaus’s team is in charge.

Unfortunately, ScoMo was licking himself at Davos, the W.E.F.’s praise of his compromised soul was being laid on so thick – so unless you vote the bastard out – Down Under may soon be six feet down under cause he’s as compromised as the Bidens, the UK and the EU.

Yep, we’re pretty much effed as well unless the Eastern European Visegrad nations stand up and tell Teddy and Bill to stuff it with their mandates and orders – but the effeminates of Western Europe are all done for sure.

The world’s most hated man (this week), Vladimir Putin will tell them to go to hell, and the mad men of the Middle East will pay them no attention.

Unfortunately, however, all those once proud descendants from the Spartans of Thermopylae to the Highlanders of William Wallace alike are prepped for hasty capitulation to Globalist masters.

Our sissified metrosexual Western ‘leaders’ will bow, scrape and grovel to their new Lord of Lockdowns – as they were so well compensated to do during the Scamdemic, by the same gang now taking the world by fraud.

I’m afraid that was just a test run for the tyrants, who will follow W.H.O. orders, claiming they had no choice.

BUT WE CAN STILL MAKE THEM CHOOSE

We deny usurpers of our rights that privilege or power, be they from the W.H.O. or the local constable if it is not a law – which a ‘mandate’ is not – within the bright lines of our founding documents limiting their powers.

Any man or woman willing to cede their nations to unelected Pill Pimps like Gates or a corrupt little scoundrel from Ethiopia like Tedros, are unworthy of leading – or being followed.

This deftly plotted takeover via The World Health Organisation can hardly be found in the news – but it’s very real – so make sure your elected representatives know about it and hold them to account. 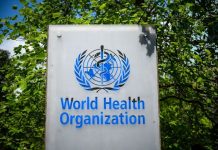 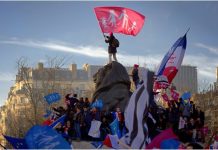 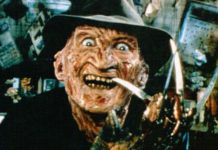 PANDEMIC OF THE ‘VACCINATED’ IS UPON US! THE JABBED ARE...