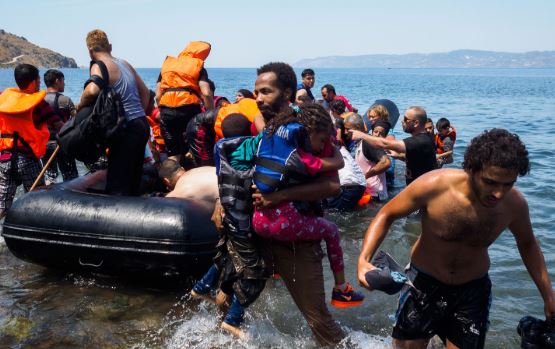 It makes absolutely no sense to normal people. Stable nations with long histories, shared values and traditions—unique cultures—simply giving them up. This was not even possible to contemplate a few years ago.

But someone flipped a switch. It started in retrospect when Progressive Socialists (Democrats in America, Christian Democratic Union in Germany, La République en Marche in France, Australian Labour Party—well, you get the picture) established giveaway policies to help ‘the needy’. They cooed softly about ‘compassion’. Remember? We were all assured it was just to give those within our respective nations a little hand up. We were promised it was ‘temporary assistance’, and that it was ‘the right thing to do’. Co-ordinated message—same everywhere.

I am also old enough to remember the wonderful movie The Sting, starring Robert Redford and Paul Newman. In the film, the con men first had to set-up their ‘Mark’. Unfortunately for us, the giveaway programs were the Set-up and we were definitely ‘the Marks’.

Time has proven it was a vote-buying scheme rather than charity, now being expanded to an extreme and potentially lethal means of subverting once-free nations

We compassionately allowed it, but became alarmed. There were so many hands up wanting those hand outs that one wondered how we could afford it, and workers couldn’t be found. I was there—foreign folk everywhere, few looking for work. Why? They had welfare. No need.

You couldn’t say it out loud for fear of being labeled the ‘R’ word, but you wondered who let them steal your country—and why.

Like in the movie, that was the Set-up. Now we’re into The Sting and we are about to lose more than just our shirts.

Socialist Progressives now want our nations and are eager to give them away—even to invaders who hate us and our way of life—as long as they keep power. They openly admit it now that the hook is in our jaw.

And if you are among the Marks, you recently learned that each of these invaders costs you $70,000 on arrival, and just the illegals—using Obama’s home-state of Illinois as example—cost $4.2 billion a year at the state level, for healthcare, education, and subsidies of illegals.

The spawn of Socialist imports pictured below is now in the U.S. Congress. She is demanding a 70% tax on “the wealthy, universal healthcare for all—legal or illegal—as well as free college and “a living wage” even for those who refuse to work. Cost? Has no clue and she doesn’t care. That’s your problem.

Her “Green New Deal” was also rolled out this week. It will eliminate cows (she says “they fart too much,” causing global warming), as well as cars, trucks, airplanes and any use of fossil fuels—though unclear what energy will be used—but it was the giveaway schemes to lure illegals that tipped me off to what’s really going on—a re-allocation of power.

None of this was about helping our poor and our downtrodden. It was a well-planned scheme to lure socialistas like this girl and those seeking a hand out from anywhere, so those who offer them can seize or hold power! “Get them on the dole and you’ve got control!”

Like the ‘Mark’ in The Sting, we are realising we’ve been had a little too late—but perhaps the tide will turn, the more outrageous they become.

They offer no ideas on how to build the nation, just ways to destroy it and those who did. They are so outside the mainstream they are having to import takers by the millions to turn them into Socialist voters, while letting their own veterans and citizens sleep on the streets. Americans don’t like this, and I believe they are turning on them for it.

Los Angeles County alone, was forced to remove 1.5 million of these knowingly illegal voters from their rolls last week, and this biggest of Socialist states—California—is fighting immigration reforms by creating “sanctuary cities” to hide illegals while an estimated 130,000 of their own citizens are sleeping on the streets. The illegals, meanwhile, are fed, clothed, and housed in shelters with medical—all for free—at least to them. It’s costing us billions—just to get Democrat voters for 2020.

Both U.S. and European Progressives are literally inviting the hordes to invade with policies specifically designed for that outcome, while callously refusing to take care of their own citizens. They put out welcome signs for illegals, though so many homeless citizens live on the streets of San Francisco, as example, a “Poop Patrol” was recently set up to clean the epidemic of human excrement on the sidewalks.

In Europe where I now live the only “street people” I see when travelling are the local citizens, yet when I recently visited Spain, government buildings had signs welcoming the illegals. The outdoor cafes where we ate were filled mostly with Middle Eastern customers, but if they were ‘refugees’ it was from a board-room fight, not a war.
Palacio de Comunicaciones in Madrid, with the welcome sign out—and boy oh boy, have they come—while Spanish citizens beg on the streets!

So-called ‘Refugees’ everywhere—yet Spanish citizens were begging on street corners. I interviewed some of them and they are not happy. In the semi-Socialist haven of Sweden, citizens are being turned out of public housing to give their homes to Syrian ‘refugees’ while the numbers of homeless Swedes is now described as “acute.”

So now we’re to The Sting. The Grand Wizard of the Progressive/Socialist klan of ‘Globalists’, Geörgy Schwartz (a.k.a., George Soros) shuffled $18 billion into every shady organisation in the human trafficking business worldwide to bring in floods of poor people with their hands out to overwhelm the systems of both Europe and the U.S.

Why are Soros and his Progs wantonly destroying Europe? He’s from there (Hungary) and lives in the U.S. now, so why destroy it? Well that part’s actually easy to explain. All one needs to ask is, ‘What are Progressives’ core values?’ They only have two—Money and Power. Nothing else matters, and I’ve finally figured out precisely how they are using illegal immigration to gain more of both.

Federal funds in most countries are allocated by population, as are voting powers in their legislatures. For every boatload or caravan of illegal aliens they lure, they also bring in boatloads of federal funds to the districts already under their control. U.S. cities under Prog control have declared themselves sanctuaries for illegals and criminal gang members while openly refusing to co-operate with federal officials to have them removed when caught. Money and Power—Progressive values—the only ones they hold dear, in truth, and they want all of both.

They changed the rules and incentives to change the results—and did.

2020 is Census year in America, and every hoodlum, muslim terrorist, gang member, drug dealer or prostitute the Democrat Socialists can bring in by any means necessary before next year, will be counted just like real tax-paying American citizens—and then the 435 seats in Congress will be divided up accordingly. That was the plan all along.

If my state has 10 million illegal immigrants, it gets 10 more votes in Congress on every program, judicial appointment, or law—and those votes will be stolen from States that played by the rules. Simple, right?

Stack the deck and the hell with the consequences. It’s all about raw Power and allocation of federal funds (Money) going to the Socialist Progressive strongholds, which in the United States, are New York and California. Same game plan in Europe. Pack as many of them into centres of power, so when they are counted along with the real citizens, legislative voting power and billions in EU and national funding shift to the centres where Globalists control and direct them.

Now, it makes sense. For every 770,000 invaders, a seat is re-allocated to “sanctuary” districts that lure illegals using taxpayer-funded giveaways. The same is going on in Europe and most modern democratic nations. And it is no accident. Same backers, same agenda.

The Trump Administration recently proposed a question be returned to the U.S. Census Form asking about citizenship so this charade can be ended—and seats in Congress properly allocated based on U.S. citizens only, as intended by my home nation’s Constitution.

The Dem Socialists lost their collective mind at this. You’d have thought Trump proposed infanticide—oh—bad example—the Democrats actually did propose that last week in two separate pieces of legislation! A baby can be born under these bill(s) then the doctor and mother chat about whether to kill it, perhaps over coffee. This is who these people are.

This is Progressive Socialism in its end game. They have us trudging back on The Road to Serfdom, (as Austrian Economist, Friedrich Hayek called these tragically tried and failed policies). If they are not stopped, we are lost and our civilisation goes into reverse rather quickly.

President Trump and his allies must change the incentives and stop the “Sanctuary” criminals on both continents who are doing this with an agenda—the one demanded by their One World billionaire backers who intend to be the puppeteers when their minions have complete control.

This ‘agenda’ is devastating for humanity and will be rewarded with the reins of power if not shut down soon.

Our grandchildren will curse us if we allow it—as they should.

LEFT EATEN BY THEIR OWN – SO SAD