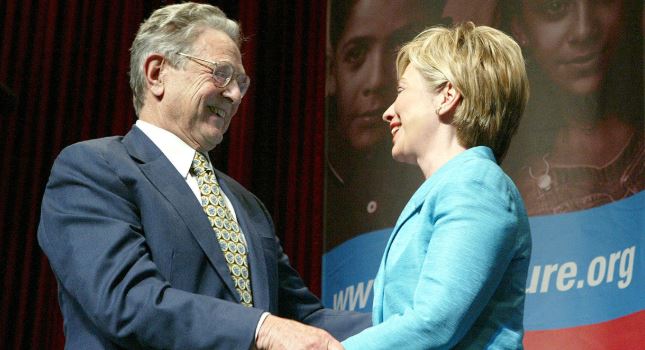 With his typical “no holds barred” investigative style, Howell Woltz takes us on a tour of the swampiest, US swamp rats and influence pedlars in this 5 part expose on the immigration con.

Researching this worldwide mess has been a sickening eye-opener, to say the least. I make a living outing skunks in high places, but this global criminal scandal takes the cake for both its satanic intent and its devilishly insidious weave from seemingly disparate threads–all leading back to the same vendors, grifters and financiers—but this story is so big, I think we must break it into parts.

I know. It sounds as improbable as the last plot I wrote about in my book, The Lawyers Guild, where Australian, British, and U.S. Intelligence agencies conspired with a major U.S. political party and its Department of Justice to overthrow a duly-elected President, doesn’t it?  Well that happened too, so pay attention. I don’t make this stuff up and must admit to having some rather interesting sources, as I think my last book has proven.  The ‘novel’ and recent history match—and Trump won.

First, let’s harken back to those hot summer American days in 1970s Chicago when Texas-born Latino, Rudy Lozano, began organising students at The University of Chicago and local union workers into a communist political group, using churches as cover.

Rudy Lozano was gunned down in 1983 by some rival union gangsters (Rudy was Midwest head of the infamous ILGWU, part of Joe Bonanno’s criminal organisation /union out of NYC)—but his sister, Emma Lozano, and her husband, Walter “Slim” Coleman still run the Communist Chicagoans to this day under cover of The Lincoln United Methodist Church on South Damen Avenue on the Lower West Side.  Sounds bizarre too, I know, but they admit it and are even proud of who they are. This has successfully given cover for some amazingly
sinister activity.

And here they are in benevolent pose—even a sympathetic one, as Communists generally are until actually in power and the real leaders take over—like Venezuela and every other predecessor that employs their failed ideology. It turns ugly, quickly.

Now for the deeper dive, Loranzo’s sister, Emma, founded both Pueblos sin Fronteras and Centro sin Fronteras (1987), which three decades later, are the two groups most responsible for the Central American invasion currently overwhelming U.S. borders. How is this possible? Well the story itself is amazing—and the fact that both of these Communist-based organisations are still run out of a Chicago church hiding behind Emma Lorenzo and Slim Coleman’s pastoral robes, is even more so. The statistics would indicate that the wake from this communal cult’s rowboat are incredible, mobilising millions of foreign invaders to pour across U.S. borders—but not so benevolent to those already in America who pay the price.

Since American borders re-opened in the 1960s, just those who entered the nation illegally have been responsible for:

America took a 40-year hiatus from immigration between the 1920s and the 1960s to allow for ‘assimilation’ of the millions who had already entered the nation. The U.S. Government statistics would indicate that those crossing the American border without permission in violation of federal law—are responsible for much of the criminal conduct that ensues after their first criminal act of illegal border crossing.

The Sanctuary City movement was also started under the protection of Emma and Slim, by an illegal alien known as Elvira Arellano. They hid Elvira and her children in their church. Again, it is impossible not to be sympathetic, but where does sympathy end and stupidity begin? How many millions of people who show no interest in assimilating can be ‘good’ for the host nation?

Democrat/Socialists centres of refuge for illegals sprang up all over America under the moniker, “La Familia Latina Unida” (the United Latino Family). The United States has Emma Loranzo and Slim Coleman to thank for the present insanity of Democrat mayors and governors defying federal law to get more socialist voters the only way they can—by illegally importing them. These ‘sanctuary’ laws prevent local law enforcement from arranging deportation, including murderers, drug-smugglers, human traffickers, MS-13 gang members, and worse. They are protected instead.

So how did this nostalgic sleeper cell of hard-core Leftists from the 80s suddenly spring to relevance and outsized power after decades in the church basement? As Rudy Lozano’s son, Pepe, writes, “This movement was recognised nationally. It’s why a young Barack Obama was first attracted to Chicago. He wanted to find out more about it.” And boy-oh-boy did he.

Barack Hussein Obama, became “the most powerful man in the world” in 2008 and did so with the backing of one of the richest, most sadistic men on earth—Globalist Grand Wizard, György Schwartz–a.k.a., George Soros.  Money and inside power put the Chicago “world without borders” Commies on top of the world—and in a vantage-point position to help try to destroy the Western portion of it.

Destabilising just America may have been enough for Rudy Lozano’s Chi(cago)-commies, but it was not enough for Obama or Soros. They wanted to take down the whole thing and set their sights next on the birthplace of democracy and Western Civilisation itself as well as all nations sprouting from that heritage. “Several European Muslim Brotherhood organisations disguised as civil rights groups have received funding from George Soros’ Open Society Foundations,” was widely reported nearing the end of Obama’s presidency, and what was anticipated as the beginning of his political successor, which they were assured by a sycophantic press was inevitable. Hillary Rodham Clinton—Queen of the Chi-Coms, which brings us to PHASE II—The Takeover of Europe and the English-speaking nations of the world.

GREENHOUSE GASSES: THE GOOD, THE BAD AND THE INVISIBLE