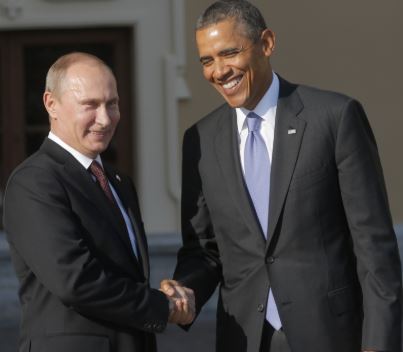 Let me be as clear as possible—I have not been able to get anyone in the U.K. or the United States intelligence agencies to confirm that this letter is genuine.

Aside from ‘Where the f*ck did you get that?’ and hang-ups, in fact, there has been no one willing to even discuss it.

It came to us at The International Centre for Justice here in Warsaw, Poland privately, from someone who had read my articles in The Richardson Post claiming it to be from ‘an anonymous intel source’.

But for those of you who took umbrage at my informed claims that Australian, British, and U.S. intel agencies colluded to take down the duly-elected President of the United States, please read this seeming corroboration of what has been publicly stated by former Obama Secret Service Agent, Dan Bongino and Attorney/Author Gregg Jarett—two of my original sources.

The United States National Security Advisor under President Barack Obama, Susan Rice, requested that GCHQ continue its pre-election spying on President Trump, his offices, and his residence at 725 Fifth Avenue in New York—an illegal act, but one supported fully by her ‘boss’, Barack Hussein Obama.

In fact, closed door testimony and corroborating e-mails ordered disclosed by a court under a Freedom of Information Act request, a senior FBI agent confirmed that ‘The White House is running this.’

Hillary had to become president to prevent investigation of other crimes. She and Obama signed off on a deal to sell the Russians roughly 20% of U.S. uranium stores to be used for nuclear weapons in a pay-to-play scheme with Russia.

Her husband, Bill, made US$1/2 million for speeches in Russia, met with Putin on it, and their Clinton Foundation was paid $145 million by the same parties to the illegal transaction.

Oh go on and kiss her, Vlad! She’s earned it! Now you can sell uranium to Iran, North Korea and every tin-horn wannabe! Maybe Hillary and Bill will help you with that too if they’re not in prison!

With but one exception, the Mainstream Media completely covered up or ignored the Uranium One scandal, even though it may be the greatest act of treason in my home nation’s history.

Only Australia’s News Corp allowed its U.S. affiliate, FOX News, to cover it, which caused an immediate campaign of terror against News Anchor, Sean Hannity, for doing so.

He was smeared publicly, received death threats, and shrill voices from inside and outside government called for his dismissal and ruin.

FOX News anchor, Sean Hannity was virulently attacked by others in his profession as part of the Clinton/Obama cover-up. They all remain silent on Uranium One.

Possible Treason from the Obama Administration

But now we have perhaps a greater act of treason—by the same bad actors. We can prove that the Obama Administration used foreign spies and agencies to begin what was nothing short of an attempted coup.

2) in the unlikely event that Trump won, take him down with a FBI/CIA fabricated hoax about ‘Russian collusion’ — something that the Obama White House, The Democratic National Committee, Australian diplomats, the British Government, the Clinton campaign, GCHQ, the CIA, FBI, NSA and Russian sources, actually did, while pasting the narrative on their opposition—the man they claimed was ‘too dangerous’ to be President— Donald J. Trump. A more corrupt enterprise is simply unimaginable.

In closing, I wish to examine that promoted narrative that President Trump is ‘dangerous’ as the world’s media has sycophantically fallen in line with that story—and that is likely to be all you have heard. But as most such co-ordinated narratives fail upon the slightest inspection, so does this one.

First let’s look at the economy. Using the most rudimentary of economic principles, President Trump turned a stagnant mess into the most vibrant in the world in just two years.

No nation in history has ever taxed and regulated itself into prosperity—a perfect description of President Obama’s failed eight years at the the helm—and all President Trump had to do was leave more money in the people’s pockets and slash regulations.

For every new hindrance bureacracy put in the way of success in the form of new regulations, Trump’s team cut 22 others—and made it a rule that for every new one, at least two had to go.

Tens of thousands of stifling and mostly stupid rules went away over night, and the multiplier effect on the dollars left in the public’s hands through massive tax reductions immediately started working.

A dollar left in the hands of those who earned it, tends to benefit the economy in a roughly four-fold effect. I buy a new refrigerator with my extra money. The person who sold it to me opens another store.

The new store hires more people, and so on. A $250 billion dollar tax cut can be expected to create a trillion in new activity due to the multiplier effect—ultimately creating even greater tax revenue for government than before even at a higher rate. And guess what, it has.

Money stolen by government in the form of new taxes—like the Obamcare tax, for example—had a negative multiplier effect of roughly 1.3. A dollar taken, not only misses out on the upside, but puts a drag on existing economic activity.

The economy of the United States has added $9 trillion in value since the President made these simple moves.

MINORITIES ARE THRIVING UNDER TRUMP

Unemployment for all races, creeds, sexes and colours have reached their lowest rate in half a century, and in the case of Black Americans, the best in history.

At present, there are an estimated 1 million more jobs available than people wanting them, many of them manufacturing, which Obama said would never return to America. Under him, he was right. Under Trump, he’s wrong.

Business is rushing back to America, now that a positive attitude and desire for them to be there exists, rather than the hostile treatment received over decades past.

A new attitude can be felt—a positive one—rather than the despair and hopelessness that emanated from the top of the political heap before.

And guess what? Trump actually loves his nation and puts it ahead of others—just as his oath of office requires of him—rather than apologising for past sins and having a loathing of America and its people like many of his predecessors—and many of his fellow leaders of other nations who consider themselves ‘elites’.

Trump’s business acumen actually makes him the safest choice for America, Americans and the world. As he did in Vietnam when Kim Il Jong tried to renege on his promises, Trump got up and walked out.

The world went crazy, but he knew exactly what he was doing—unlike the last four U.S. presidents who simply folded to Kim and his father.

Another example, Obama said it would take 10 years to deal with ISIS—and it would have under his sissified rules of limited engagement.

Trump told the same generals to go kick ass and win by any or no rules—and they did in just two years.

Rather than appease Iran as Obama did by flying barrels of cash to fund state-sponsored terrorism, Trump scrapped the deal and is choking off their ability to even remain in power, while keeping promises to Israel to make them stronger and able to contain the muslim hordes who have sworn to their destruction. He’s ending wars rather than starting them, making the world safer.

Trump’s unpredictability is what makes him so effective, but unlike those who would commit treason while in office, use foreign spies to monitor political opponents, sell out their nation to enemies by providing them with the material to destroy their own people and others for cash, this man Trump can be counted on to ultimately make the right choice for one all-important reason.

Love him or hate him, no one can dispute that he puts his own people and nation ahead of everyone and everything else. It’s no act. Just as Obama made clear on his world apology tour that he hated America, and Hillary Clinton put down her own people as ‘deplorables’—Trump loves both, as he should.

We’ll get back to our five-part series, but I had to share this breaking news while no one else had it for you, our readers. Thanks for subscribing to The Richardson Post!

I BELIEVE IN GOD, NOT SCIENCE