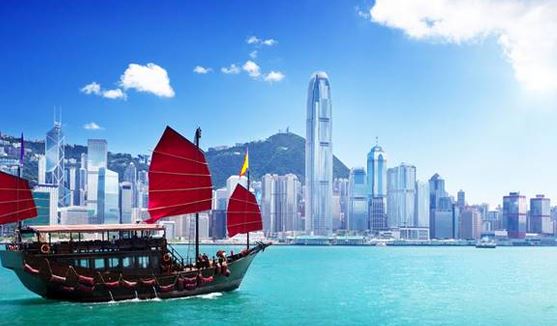 After posting the above on social media to smoke out Lib trolls targeting my work, I received a message, saying, ‘If u thnk u r so f**cking smart, say how or shut up!!”

Using the term ‘free men’ with Socialist Progs is like cat fishing with chicken livers. They’ll jump on the hook every time, as was the goal.

This poor guy—a Prog Dem suffering from liberalis stupidus—was the fish, not knowing that the above actually happened “on a rock” which is why I used it as bait to float Libs to the top of the toilet bowl for removal.

But first, I hoped to share a better way, before putting him back in the sewer—which we’ll get to in just a second.

‘Here’s the rock, started in freedom—add a few souls (leave them alone)—and be rich in a season.’  Okay, I know—not the best rhyme—but I’m trying.

Alternatively, if the goal is to destroy a nation or society, as you’ll read about in Part II, you simply reverse the formula as is being done today by Liberal leaders who despise what made Western Civilisation great (or are embarrassed by our success compared to all others).

The Wealth of Nations

My click bait ‘rock’ was the not-so-magical Ladrones—the Island of Thieves—which according to historian, Ryan Kilpatrick, was ruled by ‘pirate admirals with thousands of war junks under their command, terrorising the ships and seaside settlements of southern China’.

To be precise, there were ‘7,450 mostly Tanka fishermen and Hakka charcoal burners,’ when the British Union Jack was raised at Possession Point on 26 January, 1841 and this few hundred pirate/privateers and smugglers from another world (ours) were unceremoniously dropped on it where they fought for and won the right to stay (with the help of British troops).

They ended up leasing the rock from China for 99 years, which has turned out quite well for both sides. The buccaneers and Brits got a foothold, and China got to taste the miracle, which blossomed on a rock within sight of their own lush, but nightmarish, economic wasteland.

These fearless men had two other characteristics of note aside from raw courage—
1) a fierce belief in Judeo-Christian values (not necessarily constrained by them) and 2) a belief that the right to live as they wished and speak their minds freely given by their God, could be taken by no man—also of note, these were not traits or values appreciated outside of Judeo-Christendom/Capitalism then, or still today.

These free men changed the name of their rented rock from Ladrones (Island of thieves) to ‘Hong Kong’ (Fragrant Harbour). They imported priests; opened schools teaching English and Western values, while leaving everyone else the hell alone to live as they wished.

Almost overnight the rock blossomed into one of the busiest and most prosperous ports in the world.

The original 2.6 hectares (6.4 acres) of the Kowloon Walled City held over 50,000 residents by 1990 while Hong Kong/ Kowloon as a city-state holds 7.4 million souls today, and—according to The Economist—still has the 19th highest GDP—just a city-state, friends—of any nation on earth even after reverting to Chinese rule—and it all happened in a blink of the eye in the scope of human history.

More than gold or natural resources, Adam Smith knew that a nation’s wealth was its labour —the productive capacity of its people—not intended to work for government, but for government to protect from interference so natural mechanisms could work for the good of all.

And it does seem to this economist that the freer ‘pirate code’ actually worked better than British law in that regard. More freedom=greater success.

The mishmash of peoples on that rock merged and within two generations, re- emerged as free citizens of their own city-state under quasi-British control, yet amazingly homogenous in cultural viewpoint.

They absorbed millions of newcomers who assimilated rather than attempting to segregate themselves and force their ways on the hosts—the latter of which will ultimately destroy any culture over time.

“Assimilation is our strength—not the diversity of the tributaries that merge into our cultural rivers.”

And you can quote me on that.

The resulting chaos, even of diverse people, as long as they were working in their own self-interest, created a dynamism and order in Hong Kong, unmatched by any designed economies or external schemes ever tried or forced on a people—and will always do so as long as the common culture of economic freedom is maintained.

Not even the Chinese Communist Government was foolish enough to mess with this extraordinarily successful formula when the pirates’ 99-year lease ran out in 1995.

In fact, the Chinese watching this miracle just off their coast absorbed many of Hong Kong’s free-market principles.

China’s economy was accurately described by 1995 as State Capitalism—no longer ‘Communism’ by any stretch of the imagination.

Tianamen Square and its Aftermath

I was in Shanghai during Beijing’s Tianamen Square showdown in June of 1989—the last blush of Communism— and remember standing at a major crossroads near the Jin-Jiang Hilton—the only place foreigners could stay.

Millions stood quietly on foot or holding a bicycle—not a car to be seen, because only Communist leaders had them—and the sound of a penny could have been heard hitting the pavement.

Imagine such a crowd in complete silence. I’ve been in battle, I’ve been shot, was in a plane crash, and held in prisons—this was the most frightening moment of my life.

Just 12 years later, I was at that same intersection. It was crowded with the finest brands of autos made and modern public transportation that would put London and New York to shame.

The drab, grey communist structures had given way to glass, steel and even titanium skyscrapers hosting luxury shops.

Gone were the shanty towns–and it all happened in a decade, once free-market principles supplanted top -down central planning.

Why are Western leaders not getting the hint that they are headed the wrong way after witnessing this and so many other miracles?

The mountain came to the rock’s way of thinking, rather than crushing it into gravel as most of us suspected—-and Chinese ‘State capitalism’ was born.