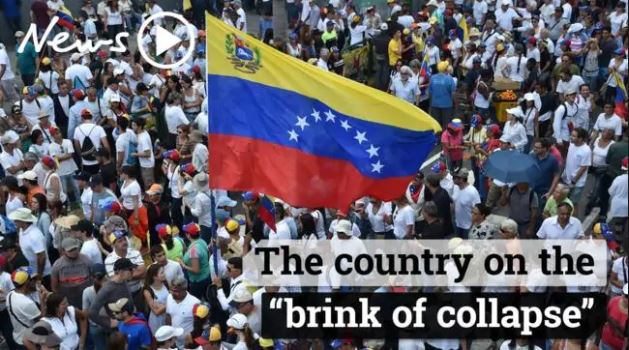 To reverse a nation’s success, all you have to do is reverse the formula.

As I wrote in “Justice Restored: the United States v. the People” my nation has now criminalised 314,000 human behaviours, almost all of which were legal in my youth.

As I wrote in my previous article, in order to make a society thrive, the Government should impose the least intrusive controls over commerce, trade and life itself.

These controls are needed to prevent anarchy. If the aim of the Governing elites was to destroy a nation, they should instead begin micromanaging the economy and daily life of the people, from top to bottom.

They should create as many unnecessary regulations as possible. They should outlaw normal human behaviours, so that people can use them against their enemies.

They should turn people into criminals, whether laws or constitutions allow it or not. Who’s going to challenge them?

In order to really screw the economy, those in power should allow a few of their favourite businesses to create monopolies.

This boosts the ability of favoured businessmen to pay off government leaders and lawmakers creating a corrupt system of “crony capitalism.”

This corruption allows leaders to push legislation through bribed legislators to create obfuscatory red tape and regulations. This pushes away the ladder of success preventing new entrants from coming into the economy.

Adam Smith described this happening in his day (1776) in his groundbreaking book, The Wealth of Nations.

Once this situation is created, then only established, giant companies and corporations can afford to comply with this myriad of regulations, which are designed to limit or destroy the key element of true capitalism—competition. That will start the economy stultifying fast, quick and in a hurry.

In such a crony capitalist system, ‘competitors’ of media, banking, and critical industries become fewer and fewer through consolidation.

This causes prices to rise—but in the minds of government, ‘fewer’ are easier to control. Unfortunately, in reality, it always works the other way around. The monopolies quickly control those who supposedly govern them instead.

The gobble, gobble game is not limited to the six remaining media giants and the handful of ‘too big to fail’ banks—it’s also the social media giants—the same ones who now support the Globalists through control—and restriction—of free thought.

The next step in destroying a vibrant Capitalist society, is to allow private groups to set up government-granted monopolies over their own professions in exchange for political support.

Start with doctors and lawyers, but eventually let every possible political donor-group, down to hairdressers and plumbers, restrict entry to their trades and control them.

Sure, it will destroy entry opportunities for those who need them most—but that works to keep them on the government welfare which buys their votes at election time – so everybody’s a winner, right?

Wrong. Professional monopolies limit entry, prices go through the roof, and always result in ‘self-policing’—which works like letting a chain-gang be the jury and decide who’s guilty, inevitably leading to wide-spread corruption and unaccountability.

Re-programming the society is very important too. In order to make once-free people more politically malleable, take control of local education and recreate it in a federalised form.

This will eliminate historical “rugged individualism”—the basis of economic freedom—and allow you to start soft-pedalling conformist/collectivist ideologies instead.

Move the hero group from icons of economic freedom like Adam Smith, and inde- pendent warrior heroes who fought for liberty, to icons of collectivism like Karl Marx and make the heroes transgender “social warriors for justice” for example, or fascist groups like Soros-funded Antifa instead.

Re-label these thugs as ‘freedom fighters’ and allow them to sack conservative speakers on college campuses and shut down any who attempt free speech in the public forum.

Encourage the destruction of the society’s historical heroes, both in word, speech and physically tear down the nation’s monuments. Openly criticise any who remind the mob of the contributions these heroes made to their own nations and to Western Civilisation.

Label these heroes as ‘racists’, ‘homophobes’, ‘slave owners’ (like Robert E. Lee, whose statues have been destroyed or removed, even though he never owned a slave and found the institution reprehensible).

Hide the fact that the worst deeds in modern history were committed by Marxists predecessors of the politicians who are sacking our Western nations and our civilisation today for a profit, in service to their Globalist overlords.

These deeds include slavery, the destruction of aboriginal groups, the founding of hate groups (such as the KKK in America, the Nazis (National Socialists), Fascists (The Italian Marxist Party) and Communists)

Do you doubt that? Notice any similarities between present-day anti free-speech thugs in Germany (left) and University of California-Berkeley Antifa thugs (right) besides the fact that they are both Soros-funded and there to stop speakers with a different viewpoint?

The Democrat Party in America is now running on Socialism and ‘diversity’, yet they were the party of slavery.

They were the creators of the Jim Crow laws which made Blacks into second-class citizens—and these exclusively Democrat policies were literally adopted by Adolf Hitler’s National Socialists to use as his Jewish disenfranchisement scheme word for word. He simply changed the word ‘negro’ and ‘black’ to ‘Jew’–a fact.

‘Tolerant’ Democrats nearly exterminated Native Americans before the Republican Party was even born.

Leftist Democrats founded the Ku Klux Klan, and have kept American Blacks poor and dependent just to buy their votes since 1964 when an overwhelming number of Republicans in Congress forced The Voting Rights Act through the legislature—for which Dems take credit.

They still celebrate Margaret Sanger’s “Planned Parenthood” operation and have voted to federally fund it.

Sanger herself openly described this plan to the KKK as a way to destroy the Negro race through infanticide.

You get the picture? Look at what Leftists do and have done—murdering an estimated 167 million souls along the way.  Forget what they say, but always remember what they do once in power.

A Leftist gang, ignorant of history, destroying “Silent Sam” erected in honor of 19th century student soldiers from the University of North Carolina.