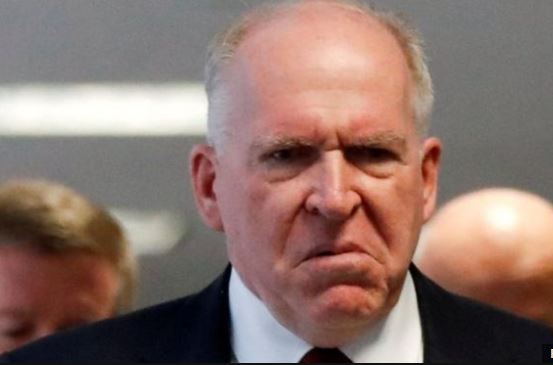 Why the same fake news across all channels?

Why did Mainstream news casts, you know, MSNBC, CNN, NBC—the usual suspects—repeat the fake report 386 times last week that there was a ‘constitutional crisis’ in America when no such thing existed?

All thinking people get that the remaining six Mainstream Media companies act as an arm of the Democratic Socialists—but have you ever wondered how they all read the same script with the same completely stupid talking points as if by magic every day?

Well here’s the answer—because the CIA wants it that way. Even on stupid things like birthday smiles, you can change from channel to channel and the carbon unit avatars are reading the same script.

That’s right – and I don’t have to prove the CIA is behind it because I was there when CIA Director William Colby admitted it under oath before Senator Frank Church’s Committee back in 1975, during hearings on abuses by that agency.

Those abuses included ‘Operation Mockingbird’, the program the CIA started in the 1950s to control the press.

What’s the breaking news then? Well, the CIA promised Congress that it would shut down Operation Mockingbird back in 1975.

If that is true, then the above YouTube montage is either the most incredible coincidence in human history, or else news outlets across the United States on different networks are reading from a wireframe mock-up tool that enables collaboration and interaction in real time, and can be fed from a central source.

Control of message is a well-honed strategy of tyrants for directing public opinion. However, it is of no benefit to competitors in a free society, so who would want the remaining six news outlets to parrot the same crap, every day, on every station and channel—across the spectrum? Leftists in government perhaps?

OK, that’s probably not enough proof yet for Editor Harry that Mockingbird was re-activated, although two of our sources confirm that not only did Obama’s CIA Director, John Brennan use Mockingbird, he strengthened it to support Obama’s Olympic grade Great Leap to the Left.

Unfortunately, I can’t give their names, and unlike MSM we don’t do ‘anonymous sources’ on the Richardson Post, so let’s trudge on.

CIA Headed by a Communist!

So, Who is this John Brennan ‘Spook’? John Brennan is an unabashed Progressive ‘One World’ Liberal prick. He openly admitted voting for Communist Party candidate, Gus Hall, in 1976 and that he remained a Communist ‘throughout the Cold War’.

That’s probably why he got the job under B. Hussein Obama, but that was not a great resumé for a United States CIA Director. Most of us love our country and Constitution just the way they are.

But suppose Dear Leader Obama did not like my America and its Constitution? Well we know he did not, because he ran on the promise that ‘We are fundamentally changing The United States of America’.

So where do you go from a free, capitalist nation if you want to ‘fundamentally’ change it? If you’ve read my past articles, you know the answer—and if you want to destroy it, you get men like John Brennan to help you.

Remember, Obama moved to Chicago to learn from the Communist cabal of Rudy Lorenzo as you may remember from Globalist Dreamers, Part I—The Richardson Post

His Communist past—and continuing adherence to totalitarian principles (or lack of principles in pursuit of power)—made him the perfect pick for B. Hussein Obama who wanted to ‘fundamentally change’ a free, Judeo-Christian based, Capitalist nation into his and Brennan’s Utopian wet dream.

OK, so let’s try this to keep Editor Harry happy. What about the fact that the CIA was recruiting media hair-brains while in college, and they were doing it long after telling Congress they shut it down?

Take Anderson Cooper, as example. Yes. It is a fact that this son of heiress designer, Gloria Vanderbilt (of the Cornelius Vanderbilts—one of the richest families in American history) was recruited by the CIA.

It has been fact-checked by many and Wikipedia asserts that, “During college, Cooper spent two summers as an intern at the Central Intelligence Agency.

Although he has no formal journalistic education, he opted to pursue a career in journalism rather than stay with the agency after school, having been a self-proclaimed ‘news junkie since [he] was in utero’.”

So is that Evidence? Maybe.

Anderson Cooper was only eight years old in 1975 when CIA Director Colby swore to Congress that Operation Mockingbird was being dismantled, so how could he be recruited for this work if the program was killed?

That’s a little young even for the corrupt CIA to recruit, yet it is also difficult to explain how a man with zero training in journalism jumps to the top with a peach job directly out of CIA training camp and stays at the heart of the U.S. Media wing of the Democrat Socialists for the rest of his life.

The CIA didn’t close Mockingbird, they just kept on lying to Congress, as John Brennan has now been proven to have done on at least three occasions, (including the Spygate scandal) to take down the President—which he actually started and perpetuated through Mockingbird.

And that part of the story gets much worse, as you’ll learn later this week.

But the admitted fact that Anderson Cooper (Vanderbilt) was recruited and trained by the CIA’s Manuscript program and placed at the highest spots in journalism is probably not enough to satisfy Editor Harry yet.

So, what if I could tie CIA Director John Brennan to the new program being used by media, Mockingbird, developed by a Soros-backed leftist, Saikat Chakrabarti, also recruited by the CIA while at Harvard University in 2007—and the man behind Alexandria Ocasio Cortez?

We will be wading into that cesspool in Part 2 tomorrow. Stay tuned.
END OF PART ONE