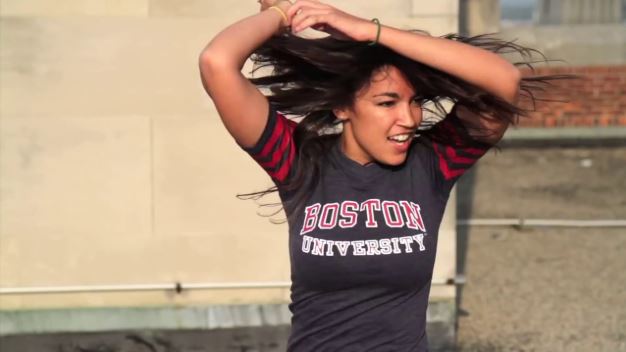 This rags-to-riches story leaves out much of the detail. How did the son of recent immigrants suddenly jump to the hallowed halls of Harvard University—the most difficult and expensive in the nation to get into or afford—and immediately co-found a San Francisco start-up, ‘Mockingbird’, as Barack Obama is being elected? That my friends, is quite a tale.

Mockingbird is a wireframe mock-up tool that enables media individuals to be centrally co-ordinated so they can collaborate and interact in real time anywhere at any time—and read the Company script.

A wire frame tool creates outer disguises to go over a program body so that everyone can say the same thing while looking like they are different sources and feeds.

That means that we have a coordinated media. So when they are fed sound-bites such as, ‘Constitutional crisis’ last week, or ‘Manufactured Crisis’ in January (regarding the 1.3 million very-real people storming America’s open borders)— they all end up saying the same words at the same time all on key, all on cue.

Now where have we seen that? CNN, MSNBC, NBC, ABC and the rest—every day, on every subject.

John Brennan works at CNN, and Saikat controls the most powerful member of Congress.

Saikat is a man of many turbans. Not only did he provide John Brennan with the tool needed to co-ordinate media attacks on then Candidate Trump, he managed the winning campaign (with George Soros’ money, over a million of which was diverted to PACs he controlled to elect other Socialists).

Thanks to Mockingbird, this stupid little girl has become the darling of the media and no number of stumbles, fumbles, foibles and grumbles can displace her from being lead story.

Her ‘Green New Deal’ would end fossil fuel use, cows, planes, and require the re-building of every home and structure in America with renewable energy and ‘environmentally friendly’ materials—at an estimated cost of $93 trillion and the

decimation of the greatest economy on earth.

Journalist, Danny Searle, was the first to expose the CIA/Saikat/Mockingbird connection on February 10, 2019. He wrote:

Operation Mockingbird was a secret campaign by the United States Central Intelligence Agency (CIA) to influence media. Begun in the 1950s, it was initially organized by Cord Meyer and Allen W. Dulles, then later led by Frank Wisner after Dulles became the head of the CIA.

The organization recruited leading American journalists into a network to help present the CIA’s views, and funded some student and cultural organizations, and magazines as fronts. As it developed, it also worked to influence foreign media and political campaigns, in addition to activities by other operating units of the CIA.

It continues to this day. CNN is the literal public spokesperson for the CIA. All the other Left/Liberal media is under direct control of the CIA, and the British GCHQ. This is why we refer to this controlled, propaganda media as the “Mockingbird Media.” Furthermore, Harvard University has a long history with the CIA.

Other journalists are actually suggesting Ocasio Corez is a CIA plant, but I don’t buy it.  Saikat Chakrabati?  I have no doubt. He’s ‘Company’.

Journalist Danny Searle isn’t sure about AOC either, but he’s confident that her maker, Saikat Chakrabati is another matter. He writes, “So we have an Indian immigrant attending Harvard University in 2007. It is not a far stretch to imagine that Saikat Chakrabarti was approached by the CIA. He was probably offered a permanent Green Card so he could stay in the US, along with payments to cover his tuition. In return, he does the bidding of the CIA, and gets handsomely rewarded for his role.

I can find no logical explanation for the sudden explosion of pro-Socialist policies and co-ordinated media messages pushing them in my home nation other than the re-emergence of Mockingbird under Communist-trained president, Barrack Hussein Obama, and an avowed Communist CIA director, John Brennan.

The fact that the ratings of these media puppets are tumbling (CNN was down 26% in just one week, as example) would indicate that my countrymen and the world are not buying it, and that the president they have worked so hard to destroy—Donald J. Trump—may yet crush the Deep State subterfuge before it can destroy him.

At this point, it’s still a race, with the winner yet to be determined, but it’s time to pluck this Mockingbird.

The International Center for Justice