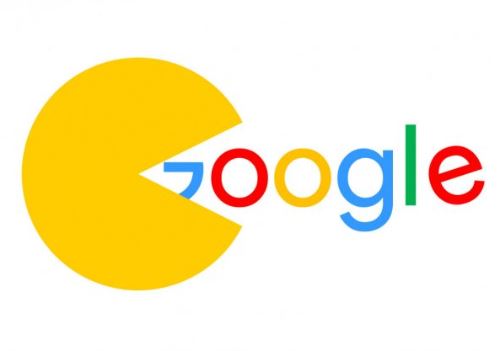 A top Google official has come forward on this undercover video to show that Google’s corporate “focus” is to destroy Trump and Conservatives by any means prior to 2020 so that they can prevent the President from winning a second term.

Whatever you do, you must take a few minutes to watch this video. We all knew it, but hearing it said out loud and seeing the ‘manual’ is absolutely shocking just click on the link below (not the image): [AS IF TO PROVE OUR POINT, THE VIDEO WAS REMOVED, SO CLICK ON THIS LINK “Google Exposed”] NOTE: Both Twitter and Facebook took this article down everytime it was posted, so please try yourself and let us know what happens!

https://invidio.us/watch?v=y9pIfGqo_Xo& I am posting another link ‘cos someone (I’m looking at you here Google) is trying hard to shut this down wherever it is posted and it keeps disappearing. THIS IS IMPORTANT! TAKE NOTE OF WHAT IS HAPPENING HERE. HOW MANY TIMES HAVE I WARNED YOU OF PEOPLE WHO CONTROL INFORMATION!! –rant by Harry over, sorry about that I’ll try to stay on the meds from now on.

Hopefully, this will be the Google act that finally gets national governments and law enforcement off their collective asses. We desperately need them to enforce anti-trust laws that were violated long ago by this giant and other Silicon Valley gangsters of their ilk.

But will it?  Can we really expect the spineless ink-squirting squid – made up of the progressives who infest our governments – to take on the giant that now admits to using propaganda tactics to brainwash the world with Leftist hogwash they’ve code-named fairness?

Obviously, the Leftists in our governments won’t do a damn thing. Big Tech and media criminals are their praetorian guard. So, what do we do?

How to bring this goliath to heel?

ites are too smart to want more ‘government’–I know

So how do we skin this hellcat without adding to government power? I’m glad we said without ‘adding’ to it, because we are going to have to involve them.

Fortunately, we only need our governments to enforce the laws as written for a change, despite the handouts these Big Tech Companies give them at election time. So, without adding any laws or adding to government power, we can do the following:

For starters, when one company controls an industry across borders and boundaries throughout the Western world–and has a near monopoly (over 90% of searches in the free world are controlled by Google) — they should be broken up.

So that’s the first step–enforce existing anti-trust laws and subject such powerful internationals as Google to more scrutiny and oversight than your own providers in your home nation to prevent them from equalling or exceeding market share of your providers.

No one company should have more than 10% of a market where thought can be controlled and directed–as is clearly being done now–and no country should allow any Big Tech firm to distort their own nation’s political fabric or taint it–as it also being done by Google.

Google has admitted to stacking the deck against Trump in America. The senior Google executive, Jen Gennai, even called it their corporate “focus”.

Not stockholders, profits, or integrity as the holder of public trust—those were never mentioned. All they are interested in, is destroying the president of the country in which they reside–and bragging that not only do they have the power to do it, but that they are so powerful that they cannot be broken up.

You think they’re not using algorithms to suppress Nigel Farage and Brexit as well? Of course they are.  No doubt T. May and Corbyn love it, but it is treasonous to their nation to have allowed it.

You don’t think Google chose sides and worked for labour and greens in Australia and New Zealand?  You know they did, so break them up and limit their ability to overpower your own participants in that field of endeavor.

There are also laws in most Western nations that have a Communications Act of some sort, such as Australia’s Safe Harbour Scheme for Internet Intermediaries, that clearly set parameters for any public utility or platform and forbid partiality.

As example, don’t you think Bill Shorten would like to cut off power and gas to all Conservatives if he could?  He can’t, because law prevents this by requiring utilities to serve all.

Same for internet intermediaries. If a company claims to be a ‘platform’ as Google certainly does under exemption clause 230 of the Communications Decency Act, they are required by law to avoid even the hint of favoring one view or another.

They are simply the cork message board in the hallway where everyone is allowed to post their ad or note as long as it is not obscene or advocating violence.

There is now indisputable evidence, thanks to Project Veritas, that Google has long been in violation of that clear rule and must lose its status as a ‘platform.’

It must be moved to ‘publisher’ under the law. When a platform ‘edits’ and projects bias, it puts it in a completely separate status and not only opens that platform for litigation from those suppressed, but serious regulation.

No cutting off the electricity or gas to those with whom you disagree. That’s a big no no–and Google just got caught unabashedly admitting to it over a pint, thanks to an undercover investigator.

And that is what makes Project Veritas’ video so damaging to Google. The U.S. government ‘claims’ it has never been able to get an admission or proof of the bias we all see so plainly at Google to prosecute them or force taking away platform status.

The prima facie evidence we all see could not overcome Google’s unspoken power to make and break politicians who resist them–and courage is not politricksters’ strong suit.

Ergo, a Monopoly was born, grown and its excesses and crimes ignored, but now they’ve been caught peeing in the public fountain and no politrickster can cover for them any longer.

But we’re also to blame–perhaps out of fear of being de-platformed–resulting in a dearth of public will to force the bastards in our governments to regulate the same Big Tech guys who bribe and threaten them not to do so.

That’s us, folks, and we’ve got to up the ante on that front and make it a very big public issue for the politricksters.

It’s beyond time for an Internet Bill of Rights and simply unbelievable that this has not yet occurred–but that’s probably for the same reason–Google has not only the power to harm but the willingness to ruthlessly restrict and destroy, so people have been too scared to force the issue.

But think about it for a moment. When you get on an airplane and they force you sit in the toilet, or they triple sell your seat and won’t let you board–you’ve got a clear and pre-determined set of guidelines that give you the right to be compensated for that abuse or even sue.

You’ve got the passenger’s bill of rights, clearly establishing what you don’t have to tolerate.

Google?  They can put you not only in the toilet but flush you and your business down it without ever stating a reason, and if you complain about not being allowed on the plane at all, they will ban you from ever travelling with them again.

Facebook, the same. My content is constantly taken down, suppressed, and squashed without reason or means of objection.

Twitter?  Not a day goes by that they don’t dump some of my followers, pull down my postings and do everything possible to keep me quiet about it, them, and Conservatism.

Amazon? Perhaps the worst. I’ve got eight separate titles for sale on that platform, yet they will

1) not allow me to promote them or advertise, for no stated reason,

2) they have actually gone into my author dashboard on three occasions and delisted some of them, which is unlawful business interference and cost me greatly during an ad campaign, and:

3) hidden my book titles in the Amazon search engine (repeatedly) making them impossible to find, even when, nay, especially when, they became best-sellers!

As example, my book, Justice Restored, became its category’s bestseller on both Amazon and Kindle in November of 2015, and within days, the title couldn’t be found. Why?  Because I am a Conservative and spoke badly about the horrid Obama Administration and its lawlessness in the book. Someone asked them to suppress it–and they did.

So, once we take care of Google, we need to go after the Leftists jerks who stifle us at Facebook, Twitter and Amazon as well.  I’m not advocating more government, just that government do its damn job by enforcing existing laws against these icons of Socialism that now mould public opinion and suppress free speech.

I think that most of us are aware that since Google and Youtube partnered with the Anti-Defamation League of B’nai B’rith that their censorship of Right-Wing content has increased dramatically. The ADL is an organisation devoted to ending racism against Jews. It appears to be staffed (not surprisingly) by very Left-Wing Jews which is probably why they feel justified in censoring the Right.

However, one part of the video stood out to me in particular. When Google executive, Jen Gennai was being filmed, she let loose with the following diatribe:

“My definitition of fairness and bias specifically talks about historically marginalised communities. And that’s who I care about. Communities who are in power and have traditionally been in power are not who I am solving fairness for.

Now, when she talks about “historically marginalised communities” and communities that have been “traditionally in power,” I’m pretty sure she is talking about those in power being White people. She is not referring to the Ottoman Turks for instance who were “historically” in power right across the Middle East and North Africa. She probably isn’t referring to the Chinese in China, the Indians in India (or those in North America) or the Aztecs in South America.

No, it is White people who she is not “solving fairness for.” So, if you feel something is unfair, then Google has your back – just as long as you are not White.

I say Google, because this lady has been put in this position by the Google management, and her views appear to align closely with the entire corporate culture of the organisation. This culture seems to be the culture that has been driven hard since the ADL partnered with them in October 2017.

I have been critical of the ADL on this point before, and I will say it again. For an organisation whose mission is to end racism against Jews to be associated with this vile racism against Whites is disgustingly hypocritical.

I agree totally that Google should come under scrutiny for this, but they are not the only ones. I doubt the American Government would dare to take on the ADL, but the Jewish community should.

If they don’t, then there is a danger that conspiracy theorists out there will see them as guilty by association, and that is not good for anyone.