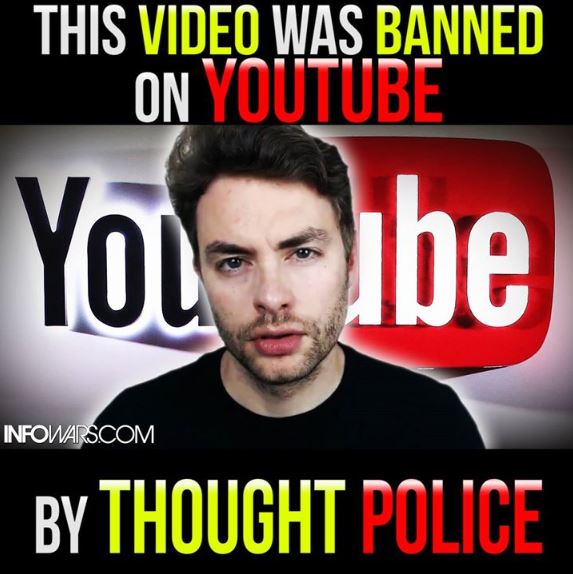 Hillary said her dream job would be running Google. Collusion with Russians? Well, Bill seems to have been getting some extremely lucrative speaking deals over there.

Putin’s SVR is still a sophisticated operation collecting intimate data of select targets and governments around the world, but it is nothing compared to Sergey Brin’s.

No one can affect public opinion more effectively than this Russian master of manipulation. He is surely the most effective in human history.

“How can a search engine affect public opinion,” you ask? By directing 63,000 people per second to the content he wants them to see, even if it is not necessarily that for which they were searching.

Brinn does this sleight of hand 1.3 trilion times a year, on a planet with less than seven billion people. Statistics show that 90.46% of searches go through Google.

That gives him more opportunities than any person on earth to steer an unwitting public to the content he wants them to see.

Meanwhile, he can prevent them from seeing anything he does not want them to learn about —such as American religious and conservative values, thoughts or thinkers.

Just ask PragerU, Dan Bongino, Ben Shapiro, James O’Keefe, any conservative/religious group (or me) who are shadowbanned, de-monetised and have content removed daily.

And just like Putin’s Soviet propaganda newspaper, Pravda, Brin’s Google similarly slants search results. The only difference is that he does it through stilted algorithms to brainwash the public into Socialist Left-Wing thinking and action.

That is facilitated by directing them first, or sometimes exclusively, to sites offering pink to red content. Amazing. And he almost got away with it.

This has been more effective than anything ever done to my home nation (or yours) by our enemies.  According to a recent CNBC poll, most young Americans—the Google generation—now have a positive view of Socialism.

That, of course, is the preferred form of government of Sergey Mikhaylovich Brin and Vladimir Vladirmimirowicz Putin. Clearly, these impressionable youngsters have not been taught, or even told of Socialism’s inherent, consistent and unavoidable horrors.

When your philosophy is to steal from the producers to give to the lazy, shiftless, and incompetent, not much gets done.

That outcome is unavoidable and when the producers object to being robbed and are killed or leave, that’s it – you’re Venezuela. They went from riches to rags in almost record time – just seven short years in fact.

Anyone who knew that 167 million souls were starved, murdered or imprisoned in this and the last century under socialism’s various manifestations could hardly think ‘positively’ about that ideology.

You can bet damn sure that Russian-led Google isn’t letting the cat out of the bag.

While users think they are searching for information, Ruskie Brinn is gathering intelligence on them and sending them to places he wants them to see instead–by the admission of his own senior staff.  It’s George Orwell’s 1984 for real.

I well-remember back in 1984 when the Bell System (AT&T) was broken into eight companies so competition could begin in the phone industry.

What happened? Absolutely nothing bad, and AT&T is twice the size today that it was then. It simply branched out into different areas instead of monopolising communications as Google now does with information searches and delivery of that content.

At that time, the doom and gloom scenarios were everywhere!  A multi-million-dollar campaign was launched to turn the public and President Reagan against it. Fortunately, it happened anyway. By 1984, it was done.

And that is when real innovation began–like wireless devices and portable phones, then cell phones, then VVOIP like Skype, What’s App and so on.  Absent a monopoly powerful enough to crush or buy competitors (as Google does today at the rate of one company per week), better things will happen.

But allowing Silicone Valley Monopolies such as Google/YouTube, Facebook, and Amazon, to control who gets what information in the public spaces is dangerous to liberty.

The fact that the head honchos of these monopolies are all hard-core Socialists certainly doesn’t help.

They are Hell-bent on destroying free thought, speech, individual liberty and the capitalist constitutional republics which allowed their success.

This is not something that can wait. President Trump is the first populist president that America has had in 30 years who is proud of his nation and people and these gangsters are promising nothing short of bringing him down.

Trump is the first to de-regulate and protect his own nation’s economy and people instead of playing One World Order Game of Thrones like the Bushies, Clintonistas and Obamistas—all of whom act like criminal organisations at the very best.

One after another, world leaders are rising up around the globe, seeing how that call to pride in nation and self resonates with those of us who do most of the working, living and dying in our home nation states.

That has made Trump the most dangerous threat to Elites and the Party of Davos ever. Donald J. Trump is as much an existential threat to them as they are to us, so we have to win this one, and we have to do it now.

Let’s hope Trump does to Google, what Regan did to AT&T. A lot depends on it.