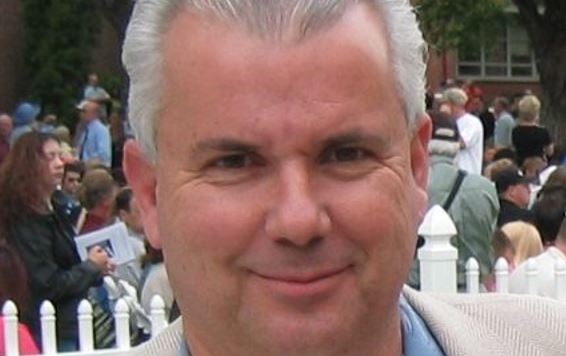 This man, Dennis Montgomery, built the bomb, then lit the fuse on his way out of the FBI/CIA/NSA spying complex. Now, they’re scrambling.

“MONTGOMERY, ‘THE HAMMER’ SURVEILLANCE SYSTEM WHISTLEBLOWER, BECAME THE DEEP STATE’S ENEMY NUMBER ONE AFTER EXPOSING THE TRUTH.” The American Report

Dennis Montgomery was a contractor who sold software to the US Government security agencies. Some allege that this software didn’t do what it was supposed to. The whole thing blew up into a court case – but some very interesting goings on were disclosed in that case which are now on the public record.

During Montgomery’s lawsuit against Obama, Comey, Clapper, Brennan and the other Democrat scum, it was revealed that the illegal Obama spy machine was spying on Donald Trump and his family. Mr. Montgomery also revealed the fact that they were spying on, U.S. SUPREME COURT CHIEF JUSTICE JOHN ROBERTS and 159 federal judges. Presumably this was to find dirt on them, for when the Democrats needed to sway their rulings in the Socialist/Leftist direction.

Sadly, this disgusting and illegal scheme appears to have worked. Just two weeks after this story broke. Roberts made the craziest, most ridiculous ruling which was contrary to the Law and the Constitution.

This ruling refused to allow a question about the citizenship status of each individual on the 2020 census.

The sole purpose of this question is to determine how many citizens live in each district for purposes of allocating seats in Congress and making financial appropriations. These actions are mandated by the U.S. Constitution.

This ridiculous situation would be comparable to a blood bank screening for a certain type of blood to save lives—but not being allowed to ask donors what blood type they have.

Stupid doesn’t even begin to describe this ruling – and given that this is a constitutional mandate of the Executive Branch – this compromised hack should be ignored by President Trump.

It would seem that the Dems have Justice Roberts over a barrel, ….or at least they have some juicy pictures of him in that position.

And whatever they have on Chief Justice Roberts must be something extraordinarily kinky, boys, girls, (or whatever you identify as these days).

What could it be?  Has he got a thing for little girls?  Little boys?  Have they got pictures of him in black leather, doing dirty things?

It must be shocking because in his bizarrely twisted ruling he states that the question is a legitimate one which has been asked throughout America’s history — but then says it can’t be done—at least right now.

Why would a leading judge be against following a simple law which reveals how many people are in the country? There is only one reason and it’s not a good one.

This whole madness of opening the borders to pack urban districts with illegal aliens likely to vote Dem is the whole game—and Justice “Kinky” Roberts just gave it to them on a platter.

No kidding, John-Boy.  You might as well tell us what they’ve got on you, cause I’ll keep digging until I find out and make it public.

I can only assume that this is the exact scenario envisioned by CIA Director John Brennan and Director of National Intelligence James Clapper, when they set up HAMR for the Obama Administration.

It looks like it was always intended to gather dirt on potential 2016 Republican candidates and to twist the arms of high court justices to extract favourable decisions.

Somebody needs to go to prison for this and John “Kinky” Roberts needs to resign from the Supreme Court immediately for violating his oath to uphold the Constitution.

Meanwhile, Mr. President – Article II of the U.S. Constitution says you’re the man with the fuzzy ones on this.

Thankfully, there is not a damn thing Kink and the Gang can do about it but scream at the sky when you exercise your lawful authority to collect the information as is your mandate.

Do it Mr. President! Print those damn census forms the way you should and ignore the hissy-fitters trying to tear down our nation.