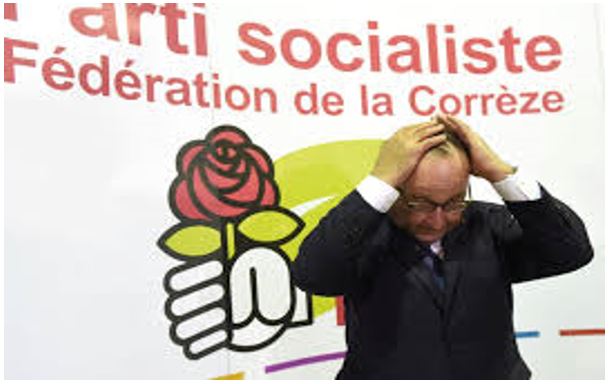 ‘WHY THE OPTIMISM?’ YOU ASK.

First of all, I am an optimist who believes in mankind’s better nature but am equally convinced that no one above a toddler’s age or with a brick’s intelligence can’t see through the implacable nonsense the Sociopaths are spouting in my home nation.

The Dem-Socialists’ inherent tendency toward stupidity is finally awakening my homeland.

Candace Owens (@realCandaceOwens), an amazing young black woman, is freeing millions of African-Americans from the Democrat Plantation and bringing them to Trump. How? By simply telling the truth. They no longer need to be ‘victims’. They have the power and right to stand on their own rather than taking crumbs for votes.

Hispanics are waking up to the fact that they have never had it better in American history and are moving to the Trump column away from the soft-porn Dem-Sociopaths trying to buy them with handouts.  All they want is a fair shot at the American Dream, and under Trump, their employment numbers are the best ever.

…ON THE OTHER SIDE…

Here is just a short list of the promises my home nation’s Leftist idiots are promising to do ‘if’ any one of them becomes Prez:

Really, Ralph? …. ‘make the baby comfortable’ then go and have a cup of coffee and a bit of a chat before coming back and sucking the little nipper’s brains out?  Infanticide is now law in these two Democrat-controlled States and all the Dem-Socialist candidates running for President are promising to make it the law of the land.

SO WHO WILL PAY FOR ALL OF THIS “SOCIALISM”?

Not one of these 23 fairy godmothers on the Left are equipped to answer because they are completely unhinged from reality. This is where the ‘dumb-as-a-brick’ part comes in – and why anyone over a toddler’s age is starting to ‘get it’.

It is incoherent nonsense being used for a Socialist take-over of America by promoting impossible ideas that can never be implemented to gain total control.

When people realise that they have been hoodwinked and complain, they’ll be told, “well you voted for it!”

Green New Deal—$93 trillion to fight Global Warming (though temperatures have not risen in 15 years and actually dropped 1.5 degrees Fahrenheit the past three)

Open borders—At $70,000 per entrant (an estimated initial cost per gate-crasher) the first 100 million would cost $7 trillion before they even get benefits, free healthcare and so on.  So you get the point.

So just three of their stupid ideas would cost $132.6 trillion for starters. That’s not including the cost of government which already soaks up all revenues, and about $1 trillion in borrowed money each year before we even implement the Green Stupid Deal.

SO LET’S LOOK AT INCOME FOR A MOMENT

How much does the U.S. take in a year to cover all this?

THE DEMOCRATS REAL INTENT IS TO TAKE OVER CONTROL OF THE ENTIRE ECONOMY AND THEREBY, THE PEOPLE OF THE NATION

None of these bizarre schemes can happen without complete control of all financial resources and property–under the false guise of ‘saving the planet’–except for the parts owned by the real polluters, India and China.

Think of it –they’re going to tear down every private building and home in the nation, including yours – as a matter of law  –  and build it as they want, to unachievable ‘standards’ powered by as yet unknown sources. In other words, property rights are to be suspended and powers over them handed to unelected bureaucrats.

What if you don’t want to give up your property?  Well, you know the rest of that story. They take you and your property and do what they damn well please. They’re Socialistas, aren’t they?  It’s for your own good, remember?  “And you voted for it,” right?

The wolves voted to have sheep for dinner, and you’re on the plate. That is why most of our nations were founded as republics with certain inalienable rights that could not be stolen from us by the mob. In pure democracies, larger numbers can eat the few.

That’s why they always talk ‘democracy’ instead of ‘republic’ though the word (democracy) is not once mentioned a single time in my own republic’s Constitution. How about yours?

These policies can’t work by any means but outright theft or control of everything, and that is what is actually being proposed, dressed up as environmental ‘concern’, which is the sheep’s clothing the wolves will wear as they eat us.

The scam’s price-tag alone makes it ludicrous. The U.S. budget is $3.8 trillion. That’s the nation’s income which even when we add back in the social welfare income amount ($1.295 billion), still falls over two hundred billion short each year in the United States.

Before any of these Sociopathic ideas take root, ‘democratic’ overspending already results in approximately $1 trillion in deficit spending each year.

And each of the Dem-Socialist wannabe tyrants have promised to astronomically raise tax rates. If they do what they promise, President Trump’s economic miracle will immediately be reversed, for sure. We saw that happen when Britain went braindead under the Sociopaths back in the 1960s and raised the top tax rates to 98%.

Yes. Even the Beatles and Rolling Stones packed up and hauled ass to freer shores. It was called ‘the Brain Drain’ and Britain is still paying for it today.

The same will happen in America as already inadequate revenues plummet when the paying class packs up and relocates to lands that are more free.

That is what Mick Jagger, the Beatles and every other successful person in England not wearing a crown did, so that they could keep a reasonable amount of their own money.

Of course, the usual trick of the Socialist thugs is to close the exit doors and/or rob those who leave on their way out, which buys them a few years of spending ‘other people’s money’, but eventually the chickens come home to roost.

Even toddlers are figuring it out. America is already in the hole every year with its best economy ever under President Trump.

Consequently, it darn sure doesn’t have the $132 trillion for this socialist squadron to squander on their stupid ideas—not one of which is even sane or workable.  And it is finally coming clear to the public that none of their agendas are for the reasons stated. ‘Green New Deal’? No. It’s a land grab, putting all private property under the control of unelected bureaucrats. It may remain in your name, but you can’t decide how to use it. That permission comes from the party apparatchik in your ‘hood.

The only reason for open borders is to bring in more Democrat voters. It is not a ‘humanitarian gesture.’ If the Democrats were humanitarians, they would not have 59,000 of their own citizens sleeping on the streets each night, or have rodent-infested streets that are bordering on a return of the Bubonic Plague (as a result of the homeless, drug-infested tent cities) on the streets of San Francisso–all Democrate districts, represented for decades by Democrats. They have nothing to offer tax-paying citizens so the survival of their party and schemes requires the wholesale import of a dependent class who can be bribed to vote Socialist with unsustainable handouts.

‘Free’ healthcare for the world?  U.S. healthcare is already more expensive than any by a factor of two thanks to Democrat-created monopolies (A.M.A.) that intentionally restrict the number of doctors through their licensing scheme to keep prices high, resulting in the 34th best in quality of care and life expectancy. Obviously, free healthcare is just a draw to bring in illegals who will be registered as Dem voters.

You doubt that? They’re already doing it in California and New York.

What will we get from the Green New Deal?

The Green New Deal will have zero effect on the environment and is completely unachievable.  It is nothing more than the long-sought excuse for expropriating all private property in America and putting it under the boot of the ‘democratically’ chosen tyrants.

That is what they’ve wanted to do since the first ‘progressive’ president, Woodrow Wilson, 100 years ago, proposed converting the nation to one where everything is controlled by unelected bureaucrats in his book, The New Freedom.

Imagine the world they dream of as a utopia—no cars, no planes, livestock euthanised and everyone forced to live in government designed housing of some bureaucrat’s choosing.

That’s further than even the Soviet Union ever went. These crazies won’t be happy until they have put the entire economy of America (and therefore its people) under tyranny. There are only two motivating concerns with Democrat Socialists–money and power.

That, of course, is the plan and the reason all of them are screaming for ‘gun control’ so they can do it with ease when the time comes.

If America falls, where do you think you’ll be in a few years? Do you think for a moment that the Bill Shortens and Jacinda Arderns will save you from losing it all?

That’s why any weapon that can be effectively used for resistance has been targeted for seizure in my homeland.  It is the platform of the Dem-Sociopath Party in America and all the Comrades at the front of the pack are in.

But that is also positive as it is another reason real Americans are waking up to the very real danger these people pose to liberty.

Venezuela is just a few hundred miles south of my home nation and many Americans came from there. They can attest that it was just 7 years between having their guns confiscated and losing their entire country to socialist thugs. This can’t happen to an armed population and the Socialistas know it.

That’s their plan, Boys and Girls. Take our freedom using ‘democracy’ to do it.  How damn insidious to use the popular vote to take us to the gallows?  Brilliant, yes. Evil? Absolutely.  But they might have a little problem in America. Why, you ask?

The Second Ammendment Will Save Us

The Founders of my nation cemented certain rights into our Constitution, and while number one is the right of free speech and religion, they made number two “The right to keep and bear arms” to protect the first.

There are about 150 million Americans who take that right very, very seriously.

A recent online message to Democrats from some Republican stalwarts regarding their oath to take the guns of law-abiding citizens stated:

“We’ve got 400 million guns and 12 trillion rounds of ammo. What you Pussies got on the other side?”  It was posted along with this picture.

So yes, I am optimistic, because America is waking up. Other leaders around the world are also seeing that people who are proud of their nations and deregulated so they can live as they wish will run circles around socialists every time who want to control you–and your property.

Just as important, when a leader puts his or her own people first – ahead of all others as Donald Trump is certainly doing, not even the sky is the limit.

We won’t keep our freedom without a fight, but the wind has at long last shifted in our direction. Take hope, be bold, and speak out at every chance you have.

You’ll probably not convince a single socialist with whom you argue as their brains are defective, but I can tell you something from speaking all over the world about this since 1977. It’s the other people listening who will come up to you later and say, “I never thought of that until I heard you talking with that idiot.”

It’s the third parties where we’ll make headway, so don’t miss a chance to speak your mind.  It’s not only the idiot you’re talking to that is hearing what you say.