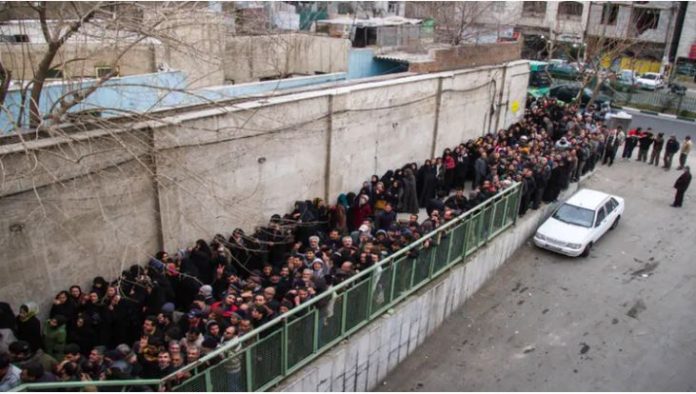 Iran’s cupboards are Bare and so are its cradles.

The Saudi newspaper Al-Arabiya for May 20 contained an article about Iran’s collapsing birth rate. That story is here: “Voices from the Arab press: Iran’s new challenges: birth decline, aging society,” The Media Line, May 30, 2022:

Concerns about a dwindling population have cast a shadow over Iran. During the rule of Shah Mohammad Reza Pahlavi, Iran launched a US-backed program for population control that ultimately had little impact on the reproductive behavior of citizens. During the 1980s, Iranian women had an average of six children, in response to calls by Iranian leader Ruhollah Khomeini to reject family planning policies, since they are incompatible with Islam.

The birth rate remained high under the Shah because the economic conditions were steadily improving. The sudden increase in oil wealth was spread throughout society; people felt they had a future.

When Khomeini came to power in 1979, the population had not yet been exposed to the full extent of the horrors his regime, and that of his epigones, would bring. Iranians continued to have hope, and thus were willing to have more children for a future they could believe in. And Khomeini had insisted that Islam prohibited family planning. He had not been in power long enough to cause widespread disaffection; many Iranians were still blindly willing to follow his Islam-based commands.

The Iranian government also promoted the perception that a high birth rate was needed in order to promote a Shiite-dominated Middle East. Though 90% of Iranians, and 60% of Iraqis, are Shi’a, with 45% of Yemenis, and 30% of Lebanese, the number of Shi’a in the Middle East is less than 40% of the total number of Muslims. When Khomeini took over Iran, the Shah’s policy on family planning was overturned. Iran was now in a race to produce babies.

After the first Gulf War, which lasted about eight years, and in the face of a battered economy, Iran changed course under presidents Akbar Hashemi Rafsanjani and Mohammad Khatami, and adopted family planning programs, making the rate of two children per family the preference. And in 1988, the Supreme Court paved the way for modern family planning programs, when it declared the practice fully compatible with Islam.

The Iraq-Iran War (1980-1988) resulted in the impoverishment of Iran. With the loss of hundreds of thousands of men, casualties of the war, that meant there were fewer marriages, hence fewer babies. Furthermore, women had to enter the workforce to replace some of the men who had been killed. This meant they could not stay at home as readily as before. Nor could the country any longer afford the generous subsidies – family allowances – it had previously distributed to encourage large families. Instead, the Iranian government changed course. Under Presidents Rafasanjani and Khatami, it now discouraged large families.

Two-child families were encouraged; any children beyond the second one were not provided with government support. Big families had simply become too expensive for the government, trying to recover from the Iraq-Iran War, to continue to subsidize. The Supreme Court, ignoring Khomeini’s ruling, declared that, after all, family planning was compatible with Islam.

The government subsequently promoted the distribution of modern contraceptives and provided advice, education and awareness campaigns throughout Iran. In 2005, during Mahmoud Ahmadinejad’s presidency, having a large number of children was again declared a blessing and family planning was dismissed as a Western strategy to weaken Iran. But it was too late.

The widespread availability and use of contraceptives could not be undone, and the two-child propaganda had sunk into the minds of millions of Iranian women, who found they vastly preferred smaller families, that would give them the possibility of joining the workforce, rather than just be “barefoot and pregnant” at home, churning out babies, By 2010, the average number of births per woman in Iran had fallen from 6.5 in 1985, to 1.7, a number that has remained steady until today. It is considerably below the “replacement” level of 2.1. Iran’s population, in other words, is shrinking.

After Khomeini’s policy of large families, the Iranian government reversed course, and in 1988, at the end of the catastrophic war with Iraq (1980-1988), it started vigorously campaigning for smaller families, distributing contraceptives, and providing family planning advice to Iranian women. That anti-natalist period lasted from the end of the war with Iraq in 1988 until 2005, when the Iranian government, under President Ahmadinejad, having become alarmed that the family planning had become too successful, reversed course again. And ever since then, the government in Tehran has again — going back to Khomeini — been promoting large families and blaming the West for trying to weaken Iran by lowering its population (a charge, needless to say, utterly without foundation).

Iran’s Supreme Leader, Ali Khamenei, criticized the decline in the birth rate and announced that growing the size of the Iranian family is a strategic goal. Since then, Iran has implemented a number of family-friendly measures, including extending maternity leave to nine months, allowing pregnant women to take sick leave more easily, and facilitating access to loans and jobs for families with children.

Recently, Khamenei, in a letter to the National Population Center, warned against the dangers of a low birth rate. He called on all government ministries to enact plans to encourage population growth. Khamenei’s letter sheds light on the problem of a declining birth rate coupled with an increase in Iran’s elderly population. According to the Iranian Statistical Center, the fertility rate is currently 1.71 children per woman per year.

Within a single generation (from 1985 to 2010), the fertility rate in Iran sunk from 6.5 to 1.7 per woman. It’s the largest drop in fertility registered anywhere in the Middle East and North Africa. There is a fear that this decline in birth rates will cause various problems for the country, in particular the shrinking of the labor force that must take care of the larger number of elderly citizens. The result could lead to a decrease in per capita income, with severe economic impact on the overall population. Hence, the Iranian parliament enacted legislation to help families grow in size, such as infertility treatment and services for working women. The actions were accompanied by widespread propaganda efforts in the media and state institutions, including universities.

However, it has not been enough to convince the young people to change their practices. It can be said that the challenges facing the increase in birth rates are great, as young people cannot afford the expenses associated with large families, in light of the deteriorating economic conditions in Iran. With Iranians suffering from a mass exodus to already overcrowded cities, continued US economic sanctions and a 30-year drought, it is inconceivable that they would want to bring more children into the world at the present time.

All over the developing world, the same steep decline in the fertility rate has been observed. But in Iran the decrease has been especially dramatic, because it continues despite an energetic pro-natalist policy. When women are given access to contraceptives — the pill — they make full use of them. They do not want to be kept at home to produce, and to be saddled with, the care of large numbers of children.

The Iranian state’s appeals to have more babies, and the programs now put in place – such as long maternity leave, and job flexibility for mothers of young children – have not been enough to raise the fertility rate. Having tasted the freedom that having fewer children permits, Iranian women are not about to go back to the old days of huge families because that’s what the Supreme Leader wants.

And in Iran’s case, there are other factors. Simply put, young Iranians are deeply disaffected from the regime, but see no way to effect change given their despotic rulers. They are now enduring a catastrophic economic decline, with more than 60% of Iranians now living below the poverty level. How many Iranian women, and men, ask themselves why they should bring children into a world where the troglodytic ayatollahs decide everything?

Another factor keeping fertility rates down is the increase in educated women. For every year of education an Iranian woman receives beyond high school, her fertility rate goes down. And these women, once confined to home, where they would take care of an ever-increasing brood of children, are going to college and professional schools in ever-greater numbers, even more than the men.

Sixty percent of university students in Iran are women, and that percentage is inexorably increasing every year. These women put off marriage, and hence childbirth, until after they have finished their professional training, and entered the workforce. For some that means not having a first child until their mid-30s. There isn’t the time, nor the inclination, to have more than two children. And some of these highly-educated women never find an appropriate mate, given their own higher status and expectations; their fertility rate is zero.

Do the math. With a fertility rate of 1.7, how long will it take before Iran’s population is reduced by half? Hint: well before 2070. Meanwhile, despite all of its security problems, in this year’s Happiness Index, Israel ranks 9th in the world out of a total of 153 countries surveyed, while Iran ranks 118th. And the fertility rate for Israeli Jews is 3.01, the highest of any country in the O.E.C.D.. Apparently, unlike the Iranians, the Israelis have faith in the future, are generally happy, and want to have more children who will enjoy that future.

There is only one solution to Iran’s demographic collapse: an end to the Islamic despotism, to be replaced by a real democracy. That is what would make life in Iran worth living again. But that won’t happen as long as the ayatollahs retain control of the army, the air force, the navy, the secret police. In Iran, as elsewhere, the lapidary phrase holds: “Morally, democracy is invincible. Physically, that side will win which has the better guns.” 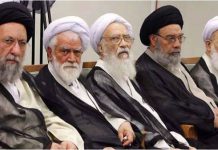 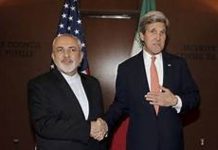