The courage and conviction of statesmen like George Christensen MP is something rare in politics, something we need more of — not less. Yet if we don’t speak up now, we may lose this campaigner for common sense from public life forever!

Who can forget when he blew the whistle on “Safe Schools” in Australia’s Federal Parliament in 2016, exposing sexual-grooming nature of material the program was delivering to school students, including pornographic web content, sex shops, adult online communities, and sex clubs?

There is so much more to detail, including (but not limited to) Mr Christensen’s influence which forced the Turnbull government to call a banking Royal Commission, his campaign to end the discrimination against Australian children born alive after a failed abortion procedure, his campaign to reclaim foreign-owned ports, his fight against the medical tyranny of COVID passports by any name, and his campaign to make Australia less reliant on the Chinese Communist Party for essential supplies.

Any right thinking person has had cause many times to applaud George Christensen’s outspoken representation of previously quiet Australians, but we now risk losing his voice as Mr Christensen considers a life after politics. While respecting his wishes to focus on his family, it is now our opportunity to let him know that families around the nation still need his strong voice to speak for them.

If you would like to help persuade George Christensen MP to continue serving our nation as he has so bravely for so long, please sign the petition below and encourage everyone who believes as you do to also sign. Your details will be presented to him and, if there’s enough of us, hopefully we can convince him to fight on!

With deep appreciation of your achievements in the Australian Parliament since 2010 and your significant contribution to debates around important public issues; we the undersigned, humbly petition you to continue serving our nation this way for as long as your constituents shall wisely choose to re-elect you. Your voice is one of precious few unwilling to compromise on Truth to appease the media and elites. Your ability and readiness to defend the sanctity of life and liberty of Australians from threats both foreign and domestic is refreshing and inspiring to millions who also aspire to resist the relentless assault on common sense. Future generations are safer because you battle for them. We cannot afford to lose your voice from the Parliament, and strongly urge you to fight on.

To sign the thegoodsauce’s petiton to keep George right where he is, please click on the following link. 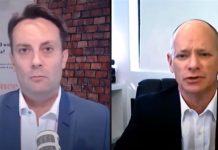