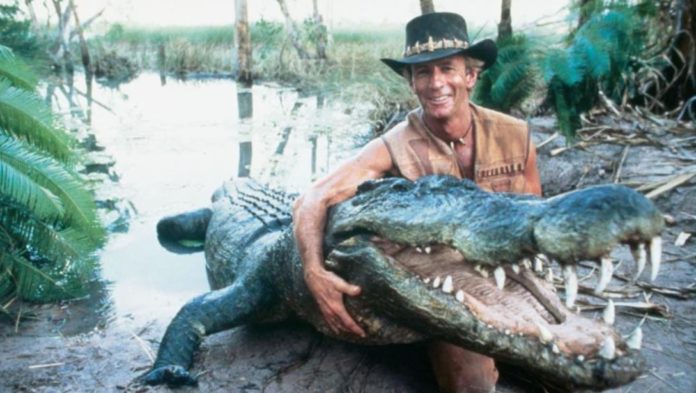 In 1974, Darwin was devastated by Cyclone Tracy. Australians – and in fact the World – witnessed a massive rebuild presided over by the Commonwealth.

The episode in itself provided an impressive example of the stoicism of Territorians and the capacity for them to get on with the job.

These traits had already been in evidence during the massive air attacks on the city in 1944 and enhanced the image of a “can do” mob.

In 1978 the Federal Government introduced into law the “Northern Territory (Self-Government) Act 1978”.  The Act was introduced in order to move towards self-government for the NT and was described in its formation as “experimental”.

The Territory had long been a problem for the colony of New South Wales which ceded the area to the colony of South Australia before Federation.

In 1911, after the Commonwealth Federation, South Australia (which had now become a state) realized that the NT did not generate enough tax revenue to support itself. It therefore ceded it to the Commonwealth with the intention that all states would contribute to its upkeep.

Currently, (2019) there are an estimated 245K Australian citizens living in the Northern Territory, of which around 120K live in Darwin.

Both Newcastle in New South Wales, and Geelong in Victoria, have approximately twice the population of Darwin.

With the passing of the Act, Territorians were now free to create and manage their own business up to a point. The Northern Territory Legislature does not have the independence of the Australian States.

It has power in all matters not in conflict with the Constitution and applicable Commonwealth laws. It is subject to Commonwealth veto.

It was the beginning of one hell of a ride any way you view it. The first muscle flexing was a very long way before its time when the N.T. Passed a Euthanasia Bill in 1995, the Northern Territory famously became the first Australian jurisdiction to legalise euthanasia.

But that was effectively voided two years later when the federal government passed a bill that banned the ACT and NT from legalising assisted suicide.

From the Territorian perspective the enactment of the 1978 law was only the first step in a relentless and continuing push for full statehood within the Commonwealth.

A Northern Territory referendum was held in 1998 to decide whether the Territory should become a State of the Commonwealth of Australia or continue under the 1978 Act. The vote was narrowly defeated with the ALP defending the status quo.

Putting Round Pegs in Square Holes

What we have been trying to do for over 40 years in this country is to make something fit where it will not go, I think that now qualifies us as technically insane!

Providing adequacy of representation for Australian citizens is a basic requirement of the Commonwealth of Australia. In many places they have allowed this to fail- but nowhere more so than in the Northern Territory.

Not once in the past 40 years has any federal parliament conducted any meaningful audit of the experimental model to ensure that it meets the required standards.

The only tweaking of the bill has been done to determine who has authority. Whilst this is important it addresses nothing as far as citizens needs are concerned.

The Westminster system has not adequately evolved to cater for sparse populations (1 person per every 6 square kilometres) in very remote outposts.

In the 40 years since the 1978 Act was passed there have been untold opportunities for the Commonwealth to address serious, dysfunctional abuse of governance.  The outcome has been band-aid solutions. The system remains as it ever was.

In 2007, in repsonse to the “Little Children are Sacred” report which had documented the  ongoing sexual abuse of children which is endemic in the Northern Territory, the Commonwealth moved the army in to undertake investigation and eradication (another example of just how self-government varies dramatically from States Rights).

The modus operandi was community and individually focused with no effort to address the systemic failure of the law and order responsibility of the Northern Territory Government.

With predictable frequency the reports from the Northern Territory of endemic Child sexual abuse persist. Nothing has changed.

In 2008 and amongst great fanfare, the “Closing of the Gap” program was released by the Commonwealth Government and whilst national in effect it has much to do with Australians living in remote areas.

It is under the jurisdiction of the Prime Ministers Department and in the 2019 report – after a decade of intense focus – PM Morrison reported that in the vast majority of the key areas the goals had not been met and that we are now going to have a refresh of the program.

Same players but with renewed vigour. As the Northern Territory is a key player in this program and a huge recipient for much of the funding, the failure is in part a result of the systematic inability of the Territory to function adequately for the benefit of its citizens. With a few excellent exceptions very little has changed.

In 2015 and under extreme financial pressure the Northern Territory Government leased the Port of Darwin to a Chinese based corporation for 99 years.

Ken Parrish in his Blog “Club Troppo” made the following comment after the 2016 elections in the Northern Territory.

Until now, although holding grave fears about the quality of Northern Territory political governance under both the previous Labor government and the current CLP one, I have taken the optimistic view that things are bound to improve as the Territory grows and matures, and that therefore the self-government experiment is worth preserving. I have also felt that many of the deficiencies about which people complain also exist to a significant extent in other Australian States, it’s just that they are much more exposed and visible here because the population is so small. In a very real sense, the Northern Territory means the tiny city-state of Darwin whose population is around 140,000 people.

Unfortunately, at the end of the day that is also the reason why self-government is an unsustainable failed experiment. Not only are there not enough people to provide a revenue base to support either the full bureaucratic apparatus of a State government or the necessary relatively sophisticated political establishment to make it efficient and accountable, but there aren’t even enough people to provide a sufficient number of talented politicians, apparatchiks or bureaucrats …

Not once has anybody seriously questioned why the structural design is inadequate! Could it just be that there is no critical mass?

Alternatively, it could be the fact that 80% of revenue is tied into variable income streams that are dependent on the whims of various federal governments and their choice of grant allocation priorities?

Could it be that the false expectations created by eventual statehood has created a completely unrealistic climate where people adhere to a flawed governance doctrine which is entrenched, and perceived as acceptable?

In the past 40 years the experiment has produced a toxic electorate. The Northern Territory has the highest number of public servants per capita in an effort to replicate the State model.  Why?

Perhaps it is because the Northern Territory has such a tiny population. This means that the public service voting bloc is strong enough to influence public perception and outcome.

Perhaps it has entrenched itself into an aggressive, arrogant, elite enclave, layering multiple levels of communication with each department as the money rolls around, all funded by the Australian Taxpayer.

Currently, debt that is mainly salary related is accruing at over $4m per day in the Territory and is forecast to exceed $35b by 2030. Shouldn’t we be getting more for our buck?

Australians are contributing to this largesse whilst large numbers of our fellow Territorian citizens needs are at the same, or higher levels that they were 40 years ago. The Gap is not Closing!