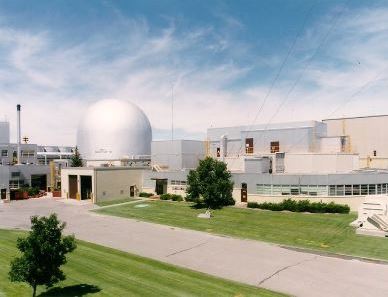 In the recent past, nuclear powered energy production has prevented about 2.2 billion tonnes of CO2 from being added to the atmosphere.

Not a lot in relevant terms but a real positive in an ever-increasing energy requirement that has tipped the world into the Climate Change crisis.

Tom Blees in his book “Prescriptions for the Planet” has performed an in-depth examination on three key solutions that it would be possible for the world to embrace if we collectively wish for a better and fairer planet, both for us and for future generations.

The first is energy production – primarily, the use of Integral Fast Reactors to produce electricity.

Setting aside the waste and vehicle issues for another day, energy creation is pressing. Technologically speaking, Integral fast reactors are with us.

They need more development, but the basics are in place for these units to produce about a Gigawatt Year of electricity from a tonne of fuel.

They make use of depleted uranium stocks which are currently in the world at something in the magnitude of 1.1 million tonnes and rising.

In part, these are the wastes from current generator plants that cause so much debate about storage and half-lives.

Well here’s the good news. These can be re-used in Integral fast reactors (IFR’s) to extract their latent energy. The uranium waste will then be reduced to a fraction of its size and to a much more manageable, 300-year life cycle.

The IFR’s can also use other fuels such as thorium. Using what is currently a problem for waste removal and transferring from fossil fuel to nuclear thus saving further climate change impacts would seem to be sensible.

There are stocks of fuel adequate to last a very long time using this technology. Two other technologies being used or developed in the world, which are of great importance.

The first is the extraction of uranium from waste coal residue or fly ash. Coal contains uranium, as does just about everything. After use in a power plant the coal residue ends up as a waste product.

The Chinese have developed the technology to extract the uranium from massive waste dumps and reuse it in current nuclear generating plants. We export millions of tonnes of coal annually.

All of this coal will eventually be available to the destination countries for uranium extraction with this process. I do not think all the coal importing nations have signed uranium use protocols! Perhaps a minor oversight, but more likely a case of a blinkered view.

The second process is the development in Japan of processes for the extraction of uranium from seawater. This is a completed process and is currently not cost efficient compared to terrestrial sources.

It will become so however, as the process is refined and other costs impact some mining processes. There is currently projected about 5.5 million tonnes of known terrestrial uranium deposits around the world.

Australia has about 23% of these known reserves. Compare that to the oceans where there is calculated to be approx. 4.62 billion tonnes of uranium.

That would allow for energy usage four times our current global demand and by the use of IFR’s it is reasonable to forecast that we will never run out of uranium to fuel our global energy requirement.

Whatever we take and process from the oceans will be replaced by the Earths geological capacity to create and leach the mineral.

That makes nuclear power generation a renewable along with the sun, wind,geothermal and others and therefore fully sustainable.

Where is the Australian debate on this important issue?

I KNOW YOU BELIEVE EVERYONE WAS BORN MUSLIM

AUSSIE GOVT TO COMPENSATE VACCINE INJURED – WITH TAXPAYER FUNDS OF...