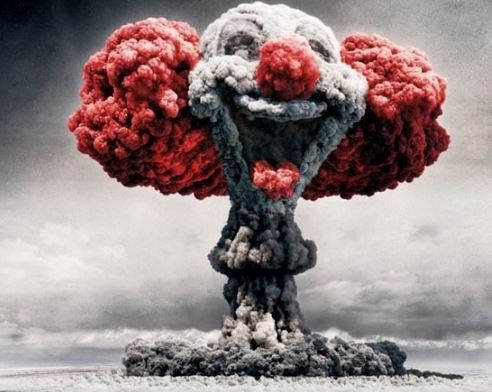 The recent Federal election threw up a number of interesting demographics. Over 2.6M of us on the electoral role in Australia were over 70 years old, however, and more importantly nearly 50% of the electorate have never voted in an election when Nuclear energy was a key issue.

development. In Australia we have an enforced Luddite view of one of the key elements in any 21st. Century Energy Mix – and that is Nuclear Power Generation.

We are prohibited by law to affect any meaningful positive result regardless of the wishes of the majority, simply because we do not know what those wishes are.

In 1998/99 The Environment Protection and Biodiversity Conservation Act 1999 (Commonwealth) was passed firmly locking the Government of the day and all future Governments into a non-nuclear stance.

Since that time, we have seen the pro-renewables undertake massive subsidised growth and still not effectively provide adequacy in base-load supply for manufacturing development.

We have stood by and watched as our manufacturing base, that thrived on low cost electricity, has been progressively torn apart and cast asunder.

We have seen domestic electricity prices rise alarmingly and impact the lower income recipients unfairly. At the same time, we have maintained high immigration policies, so that population growth can be the catalyst for economic survival.

Because of the gagging of debate this country has gone from a pioneer in the use of nuclear to a country of 25 million that lacks knowledge on the Nuclear alternative. Consequently, we subscribe to the continued demonising of Nuclear power by the vested interests supporting alternatives.

Our collective mind-set has ignored the most important technological advances in Generational growth of Nuclear Power Generators, we still think in terms of failures.

This stance has sent us hurtling into the backwater of irrelevancy well before our use-by date. Exponential growth is applicable to all technologies (Moore’s Law for computers for example) and Nuclear is not excluded.

We as a nation have allowed the debate to whither on the vine and fostered what passes for educated responses, to stay right out of the public domain. It is like comparing a 50-year-old car with a modern-day vehicle.

They are not comparable and true evaluation must be done on the options that are available today. This enforced national positioning has been the underlying reason for decisions involving the largest defence contract that we have ever issued.

Australia has a vast marine jurisdiction, the third largest in the world. In order to ensure safety of these borders we need state of the art equipment in the hands of our forces.

We recently signed an agreement for 35/40 years of Submarines which are not the best for the job.

Submarines are the key available deterrent for our protection around our massive coastline, however, they need to be consistently fast under water and they need to stay submerged for long periods of time in order to enhance their offence and defence capability.

Units that need to snorkel regularly to expunge exhaust and charge batteries do not maximise these features and are vulnerable when in a reduced running stance on the surface.

There has been no economic comparison between the two potential power sources – because the Nuclear option was not an option for us.

Nuclear submarine fleets are maintained by India and China along with the USA and the UK plus others. Some nations including Russia have fleets of both.

Come 2030, when our fleet is assessed, we will no doubt be the only nation with a huge coastline to patrol, that has a fleet made up exclusively of diesel/electric units.

Some legacy we will be leaving for our next generation to manage! There are circa 450 Nuclear Power Generators working around the world. They are spread over around 30 countries. Most of us would think maybe 4/5 countries, three for negative reasons.

There are currently 60 odd new Nuclear Generating plants under construction around the world.

Whilst it is around 20 years since the gagging legislation was passed, not one of our Governments has been prepared to open up the issue.

Instead we have used our Tax Dollars to subsidise the renewable cry only to see it frittered away in efforts to meet base-load requirements for electricity. A task which it has failed to accomplish.

Most of these subsidies are being funnelled offshore. Because of our failure to accept Nuclear for what it is – which is an option as part of our energy mix going forward – we have closed our eyes and stifled all debate on the subject. That means we are missing big opportunities.

There have been enormous strides made on small modular reactors (SMR’s). A conventional Nuclear Power Generator is in the range of 1000 to 1600 Megawatts. Most smaller reactors range from 50 Megawatts to 200 Megawatts currently however plans are well underway for units in the Micro class of around 4 Megawatts.

A country the size of Australia with spread population incurs tremendous distribution costs. In short, it costs lots of money to get energy from one place to the other.

Options need to be found for alternative ways of doing it – and these tiny nuclear power plants provide a cost effective solution.

To many, the word Nuclear immediately translates in images of World War 2’s man-made need to prevent tyrannical expansionism, morphing into, Hiroshima, Nagasaki, Three Mile Island, Chernobyl or Fukushima. It is good to consider a few points to provide some context.

Firstly, the nuclear event is not exclusively “man-made”. Mother Nature has been doing it for eons.

Around two billion years ago in Gabon, a number of natural Nuclear Reactors spontaneously began operating “Those nuclear reactors are remarkable because despite their modest power output, they continued to operate in a stable manner for up to one million years.

Further, at the site of the Gabon reactors many of the radioactive products of the nuclear fission have been safely contained for those two billion years in a rock catacomb.

This provides evidence that long-term geologic storage of nuclear waste is feasible.”

Gabon is in West Africa but there are a large number of sites where this has been going on in a stable way for thousands of years.

The late Mr Robert John Hawke was a champion of the Nuclear Waste opportunities for Australia. Unfortunately, he has passed without seeing what perhaps would have been his greatest legacy fulfilled.

The reason given for not entertaining the option of Nuclear for our largest defence contracts was the oxymoronic statement that: “there is not a Nuclear industry in Australia.” Well, there is a simple solution. Create one.

Australia holds around 1/3 of the current terrestrial preferred raw material for Nuclear Power Generation. This is as a result of the structure of our continent and its ageing. Our export of these resources has had a chequered career in the past and will continue to have.in the future.

However, on a world-wide basis Nuclear power is providing the single most sustainable way for millions and millions of people to move out of poverty. There has to be a way of harnessing these issues for the benefit of all.

Australia has been assessed as the optimum site for a large repository of the worlds already large and increasing waste pile of nuclear detritus. This is based on stability of the land mass, political stability and other factors.

If we could start a programme with a cyclical concept of delivering raw material and accepting waste from a number of the worlds power generators, we could establish a sustainable Nuclear Industry in this country and join the real world.

As a catalyst we need to open up the debate on power generation. That is easy to do. All it would take is for an amendment to be passed in the Federal Parliament deleting the four words, “a nuclear power plant” in section 140 A (1) of the Environment Protection and Biodiversity Conservation Act 1999 (Commonwealth).

Any Nuclear development would of course be subject to All of Australia’s stringent environmental and safety requirements.

Nuclear energy is a readily deployable, zero emissions, base-load energy supplier and it shouldn’t be excluded from Australia’s energy mix.

Now, that sounds familiar. Talk to your local member now and ask them to move the above amendment as a private members bill.