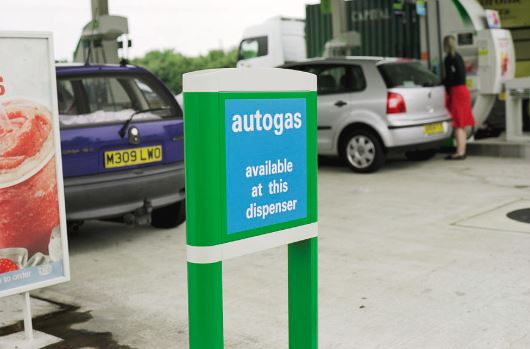 Have a number of seemingly unrelated facts and events opened up “The Perfect Storm” scenario for this country?

We have instituted policies which progressively moved our refining of petroleum products offshore.

We did nothing to increase our storage capacity and as a result have allowed our petrol/diesel stock to fall lower and lower. Currently we have the following available.

Over the last 5 years we have allowed our LPG Autogas industry to evolve into the red-haired stepchild of the major retailing chains and take on a pariah image.

Last winter in Melbourne warnings were issued regarding high levels of polluting particulates in the air quality. The wearing of face masks is becoming more and more common as both Melbourne and Sydney move into mega-city status. Much of Air Pollution is directly attributable to vehicle emission.

Migration is an integral part of our economic management strategy and many of the new arrivals will be settled in Melbourne or Sydney thus becoming subjected to – and contributing to –high pollution and inherent health concerns.

On the positive side we have huge reserves of LPG Autogas. This is the product that goes under various names but is mostly made up of propane and in some instances, butane. LPG is not LNG. That product is methane, itself the subject of interesting research

LPG burns cleaner than any other fuel for internal combustion engines.

We have huge supplies of our own cleaner burning fuel. We have massive problems with air pollution in our cities which is getting worse. Why then have we turned a blind eye to the growing demise of the LPG industry and the vehicles associated with it.

Hundreds of models of LPG powered cars are available over a broad range of European, Asian and North American markets. Yet we see a removal of outlets of LPG in every regional area of Australia. We see new petrol retail sites opening without provision for LPG outlets.

This Catch 22 farce is becoming Pythonesque in its absurdity. The retailers claim to be downsizing because of demand drop and consumers say whoops not getting on board because of lack of outlets.

Many large fleet owners have replaced ageing LPG units with Hybrids because of Vehicle industry reluctance to include medium sized LPG units in their marketing mix.

One adventuresome local group has one-upped the industry by retro fitting a Toyota Camry Hybrid with LPG thus improving costs by some $3.25/100km PLUS running a much cleaner vehicle. Diesel is not a clean fuel and has the stigma of carcinogenic emissions.

Since 2014, the incentives to convert from petrol to LPG were allowed to lapse, and there was an impost of excise on LPG. This has meant that the cost savings have not been as good as before – but, they are there., Despite shocking mismanagement however, the fuel is also here, and that is one important point. The other, is that by us embracing the technology, a sizeable chunk of health issues can be avoided for the unfortunate residents of our cities.

To fix this problem, the first thing to do is to put the brakes on the dismantling of our retail outlet system. The second is to ensure that consumers in Australia have access to the latest LPG models. For sure I am a free trader but sometimes these things need to be kicked into happening. We should provide two programs for retro fitting in general. One directed at the Commercial sector and one for Private Motorists. We should also provide incentives for pensioners to retrofit their vehicles.

Oh! and did I mention the recent event when tankers were blown up in the Middle East? This is the real world and it is happening now; it may get worse or it may get better. Why should we be put at risk because we have allowed our best and cleanest source of energy for this sector to die.  Our Politicians have made us reliant on others to keep us secure and operating. That is a nonsense and a bloody awful choice.