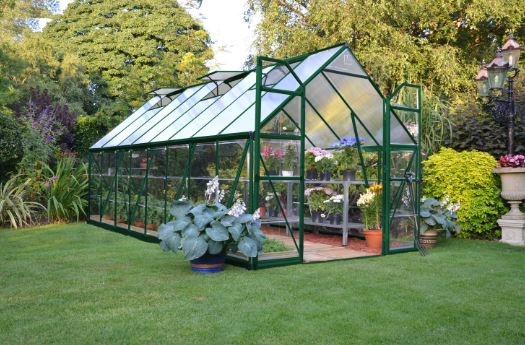 The Demonising of Carbon and the emergence of the Renewables cult.

In 1859, John Tyndall determined that coal gas, a mix of methane and other gases, strongly absorbed infrared radiation.

Methane was subsequently detected in the atmosphere in 1948, and in the 1980s scientists realized that human emissions were having a substantial impact on atmospheric methane levels

In 1973, British scientist James Lovelock speculated that chlorofluorocarbons (CFCs) could have a global warming effect.

In 1975, V. Ramanathan found that a CFC molecule could be 10,000 times more effective in absorbing infrared radiation than a carbon dioxide molecule, making CFCs potentially important despite their very low concentrations in the atmosphere.

While most early work on CFCs focused on their role in ozone depletion, by 1985 scientists had concluded that CFCs together with methane and other trace gases could have nearly as important a climate effect as increases in CO2.

(CFCs) have no natural source. Instead, they were entirely synthesized for such diverse uses as refrigerants, aerosol propellants and cleaning solvents. They were first created in 1928.

The War on CFCs

In the 1980s, a global effort was undertaken to halt their production due to the discovery that they can destroy stratospheric ozone This effort was extremely successful for a while.

However, their long atmospheric lifetimes determine that some concentration of the CFCs will remain in the atmosphere for over 100 years.

Since they are also a greenhouse gas, along with such other long-lived synthesized gases as CF4 (carbon tetrafluoride), SF6 (sulfur hexafluoride), they are of concern.

The “Montreal” agreement was signed in 1986/7 and the effect was very real. The levels of these gasses reduced, even if it was delayed. The following headline appeared in 2013.

by University of Waterloo

This was up from 403.3 ppm in 2016 and 400.1 ppm in 2015. Concentrations of methane and nitrous oxide also rose, whilst there was a resurgence of a potent greenhouse gas and ozone depleting substance called CFC-11.

This gas is regulated under an international agreement to protect the ozone layer. Remember this MOFO has an impact 10,000 times more potent than CO2.

I really don’t know why I am telling you this because no doubt you would have read it all in your local press. NOT

CFC-11 is a potent greenhouse gas and a stratospheric ozone depleting substance regulated under the Montreal Protocol. Since 2012 its rate of decline has slowed by roughly two thirds by comparison with the preceding decade.

The most likely cause of this slowing is increased emissions associated with production of CFC-11 in eastern Asia.”

The following is from The WMO Global Atmosphere Watch Programme

This program coordinates systematic observations and analysis of greenhouse gases and other trace species.

Fifty-three countries contributed data for the Greenhouse Gas Bulletin. Measurement data are reported by participating countries and archived and distributed by the World Data Centre for Greenhouse Gases (WDCGG) at the Japan Meteorological Agency.

The World Meteorological Organization is the United Nations System’s authoritative voice on Weather, Climate and Water

So the questions are.

Contrary too much of the arrogant hoopla “The science is not in”.

Whilst all of this data has been publicly available, the zealots prefer to march to the tune of the globalists. They demonise CO2 as a lucrative means to generate fear and ensure the attainment of other agendas.

In the meantime, aged pension enforced citizens are unable to afford energy costs for heating in a cold winter in the so called “lucky country.”

Hundreds of millions of our fellow human beings are deprived affordable energy in any form because low-cost coal fired generators are withheld from them.

Successive generations of students are being taught that blindly following a hypothesis is what science is all about. The reality is, that indeed it IS NOT.

Some of the fragile amongst us are paraded as gurus at an age when they should be receiving care.

Instead, they are used for emotive blackmail in shameless propaganda and demonstrations. Amazingly, there is not a sign of shame anywhere.

If any project has the tag “renewable” on it, then the salivation begins. If I did not have more respect for animals I would be tempted to add. “like, feeding time at the zoo”.

They cannot help themselves. We are now at the stage where a number of our electrical networks do not have enough baseload capacity to support our needs.

Victoria has a large desalination plant just waiting to solve the looming water crises which is caused by mass migration. The irony is, that there may not be enough power to run it.

Another extension lead is mooted for Bass Straight, so that Tasmania can plug into the grid on the mainland. How can you share what you don’t have?