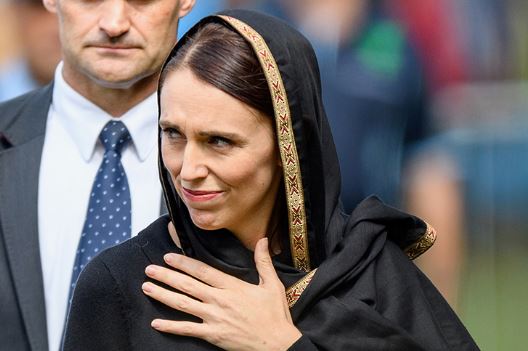 Whilst Australia has had plenty of intense coverage of boat smuggling, this has not been the case in New Zealand.  It has never been too far from view, however.

Below is a quote from an article by Michael Bachelard when Tony Abbott was Prime Minister.

“Jakarta: People smugglers in Indonesia are mounting their first credible attempt to ship asylum seekers on the hazardous voyage to New Zealand and circumvent the Abbott government’s Operation Sovereign Borders.

Four men – two from Bangladesh and two from Afghanistan – were caught last month by the Indonesian immigration department in Jayapura, West Papua, on their way to get a boat to New Zealand.

Well, Tony Abbott is no longer Prime minister of this country and we have seen New Zealand sign the Global Compact for Migration with a simpatico Left-wing regime.

We now have a brewing “climate change” promotion in full swing. This is stirring the potential for environmental migration pressure to take hold. At the same time the continuing menace of terrorism is not going away.

We were recently admonished by both Indonesia and Malaysia for supporting the move of the Israeli embassy from Tel Aviv to Jerusalem. It was reported that their advice was to follow the Muslim way or accept more terrorism?

Is our foreign affair decision making any of their business? Is this advice a kind of veiled threat by those in the know?

Under our Trans-Tasman arrangements New Zealand citizens can arrive in this country and receive automatic entry under a Special Category Visa (SCV). They only need a declaration on entry documents attesting to good health and character.

At the moment, to become a New Zealand citizen you need only to have been there for 5 years (recently lifted from 3) and to have been a good citizen. You also need to affirm that you are going to live there.  This process seems to be quite simple with car or furniture ownership, supported by a lease or similar, as seemingly adequate.

If the detainees held in Australia’s offshore detention centers were to have their status altered from “asylum seeker” to “irregular migrant” they would then move from the Global Compact on Refugee to the GCM.

That would place a perceived obligatory responsibility for signatories of the GCM to do something about re-settling them. New Zealand is of course a signatory.

New Zealand could decide that there was justification to grant citizenship to these “irregular migrants.”

They could do this by accepting a “time-spent” rationale regarding their detention and rearranging some clauses to address their current requirement of “intent.”

Once they have been granted New Zealand citizenship, these people would be free to hop on a plane or boat, New Zealand passport in hand, and land here to receive their SCVs.

They would no doubt be followed by “environmental migrants” who could gain New Zealand citizenship in the future.

That is not to mention the hundreds of thousands of New Zealanders currently holding passports who are growing increasingly alarmed at the direction their country is going in. Others might follow who do not think it is embracing new awakenings fast enough.

Things are now very different in 2019 to 1973 when the Whitlam/Kirk arrangements were forged, but the relationship with New Zealand is changing. We must make sure that our legislative support is in line with reality. Chosen Leaders are sometimes a curse as they bring their pre-ordainment with them.

Agenda 2021 and its successor Agenda 2030 have very firm goals for UN objectives and are alive and well in the minds of the Globalists.

Some years ago, the European Union identified that there would be a projected population loss into the future as birth rates continued to fall.  In a poorly developed policy, they decided to attract migrants to address that loss.

They opened their borders and hundreds of thousands of difficult to assimilate migrants flooded into countries that were ill equipped to cope with the influx.  Is this what we want for Australia?

How can we leave our security in the hands of others? It is our country and we should make the rules that suit us. In a changing world we must be ever alert to every nuance that impacts us and plan accordingly.

To those of you who may think that this is extreme I would just remind you that five or so years ago, if you were told that a “privately controlled food tax would be applied and its revenue would be distributed amongst people, many of whom wish this country harm, you would have probably said “No Way”.

Well now it is just about universal on everything that you eat, and all citizens of this country pay it. It’s called Halal and Larry had a piece on March 3, 2015 about it, highlighting the approaching reality.

Sadly, not many listened.

PART II – IS TRUMP REALLY PLAYING 4D CHESS WITH THE...