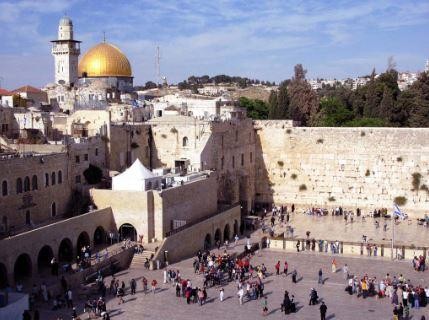 There is a big difference between a city being sacred in the eyes of God and it being a sacred Islamic city.

Jerusalem is home to around 400,000 Muslims, but is it a sacred city according to Islam?

This is a question the majority of Muslims within the political and academic world try to avoid, simply because it opens a rather uncomfortable discussion. In fact, a Muslim asking such a question could face serious consequences; such as society doubting in his/her faith.

Until 2014, I was an Islamist who abhorred Jewish people and was open to waging war against them. Today, however, I am friends with many Jewish faith leaders.

This transition wasn’t political, it was rather theological. In brief, I started to question certain claims taught to me by my teachers and Muslim community.

I began by asking myself the question, does Jerusalem really belong to Islam and Muslims?

To answer this vitally important question, we need to inquire how cities become sacred according to Islam.

Throughout human history, every religion has been associated with an area that has been sanctified, respected and revered.

Islam is no different. There are tens of sacred cities in Islam, such as Mecca, Medina, Qum, Karbala and Najaf – due to clear verses of the Koran acknowledging their glory or sayings of Prophet Mohammad assuring Muslims of their exaltation. 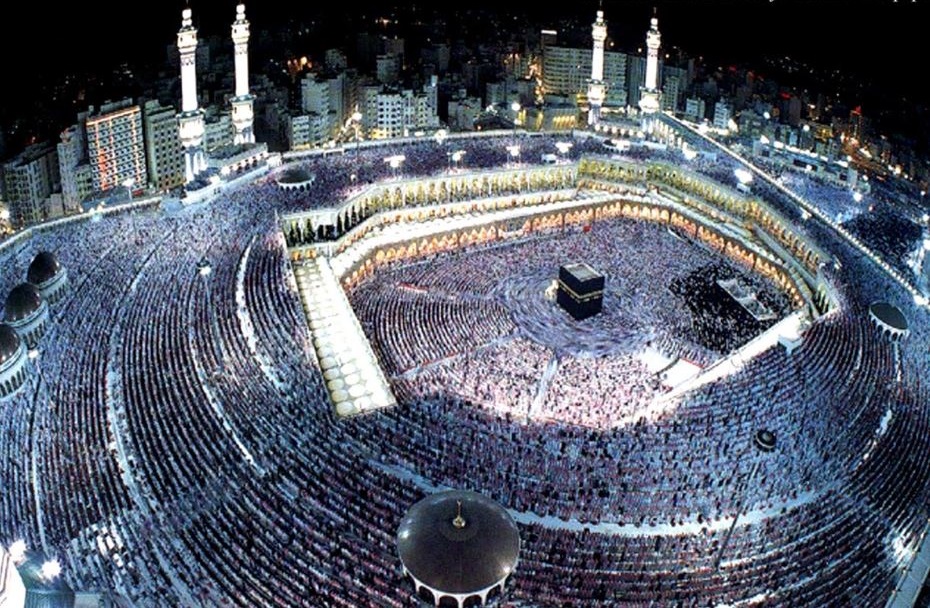 There is a big difference between a city being sacred in the eyes of God and it being a sacred Islamic city.

For example, all prophetic tombs, birthplaces and areas where miracles took place are considered sacred in Islam, but they are not specifically Islamic locations. A sacred Islamic location is a location wherein a significant Islamic event has taken place by either Allah or Prophet Mohammad.

The Holy Koran states very clearly that the Holy Land, Jerusalem, belongs to the Jewish nation of Moses, the Israelites:

“And [mention, O Muhammad], when Moses said to his people, “O my people, remember the favor of Allah [God] upon you when He appointed among you prophets and made you possessors and gave you that which He had not given anyone among the world” (Koran: 5:20 onwards). 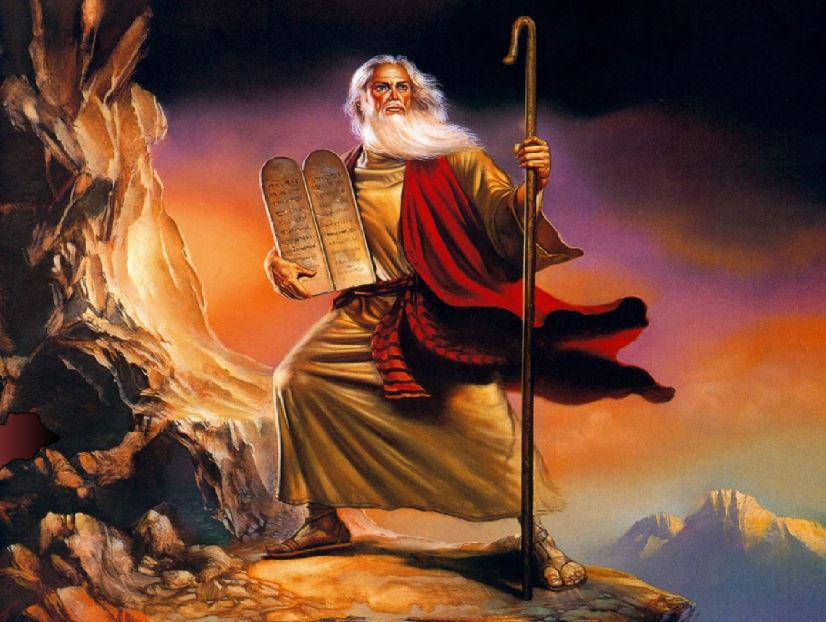 The above verse also makes it clear that God “had not given (this land to) anyone among the world” other than the Jewish nation.

From this verse, and others of similar context, we understand that Jerusalem is a sacred city according to God, but it is not a sacred Islamic city, due to the fact that its sacredness was established before the existence of Islam.

After the emergence of Islam, in the year 621 CE, it is believed that Prophet Mohammad took a miraculous and spiritual night journey to Al-Aqsa Mosque (the Farthest Mosque). This event is reported in the Koran in the following verse:

“Exalted is He who took His Servant by night from the Sacred Mosque (Mecca) to al-Masjid al- Aqsa (the Farthest Mosque), whose surroundings We have blessed, to show him of Our signs…” (Quran 17:1). 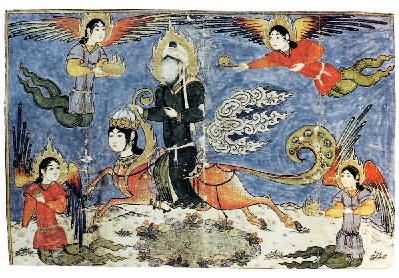 Two vital matters need to be addressed regarding the above verse:

1. Prophet Mohammad traveling to a location does not make that location “Islamic.”

2. There is little evidence that “Al-Aqsa Mosque” is actually in Jerusalem, and there are a large number of Muslims who believe that “the Farthest Mosque” is a reference to a mosque in the heavens, not on earth; due to the fact that the current Al-Aqsa Mosque did not exist during the lifetime of Prophet Mohammad, making it impossible for him to have visited it.

Messengers of both Judaism and Christianity had arrived in Jerusalem to preach their scriptures centuries before Prophet Mohammad.

Therefore, it cannot be historically accurate to say that Mohammad brought Islam to Jerusalem before them.

Up until the migration of Mohammad to Medina in 622 CE and the official establishment of Islam therein, Islam was a minority religion when compared to the two well-established religions of Judaism and Christianity.

Besides, the citizens of Jerusalem who converted to Islam merely changed their own faith, not the entire history of Jerusalem.

Thus, neither Islamic scripture nor history claim that Jerusalem is a sacred Islamic city.

In May 632 CE, Prophet Mohammad appointed Usama ibn Zaid as the commander of his army to respond to the Romans in an agreed-upon battle within Palestine.

The next day Usama set out for his expedition, but he then learnt that Mohammad had died and therefore he returned to Medina.

Caliph Abu Bakr then ordered Usama to increase his army to 3,000 men and to attack the inhabitants of the Kingdom of Moab and Byzantine-held Darum, to kill or capture as many as he could and Usama did so.

This event proves that up until the demise of Prophet Mohammad, there were no Muslims in what is today known as Palestine, and that it was inhabited by the Romans of the Byzantine. 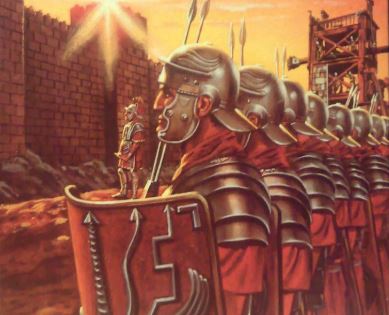 Also, Prophet Mohammad would not wage war against a city full of Muslims. In reality, Islam as a religion officially came to Palestine in the year 636 CE, four years after Mohammad’s death and during the reign of the second caliph of Islam, Omar.

The Islamic caliphate conducted an attack on Jerusalem, which was ruled by the Byzantine Romans. The city was placed under a four-month siege commencing in November of that year.

After four months of hardship and butchery, the Orthodox Patriarch of Jerusalem, Sophronius, surrendered Jerusalem to Caliph Omar in 637 CE.

When Caliph Omar realized that Islam was still a minority religion in the region, he adopted the jizyah system, forcing Christians and Jewish people to pay tax to the Islamic caliphate.

After conducting a massacre of the citizens of Jerusalem, our Caliph Omar came to Jerusalem to appoint his governors.

He then built what is known today as “the Aqsa Mosque,” which many Muslims mistakenly think was built by Prophet Mohammad. 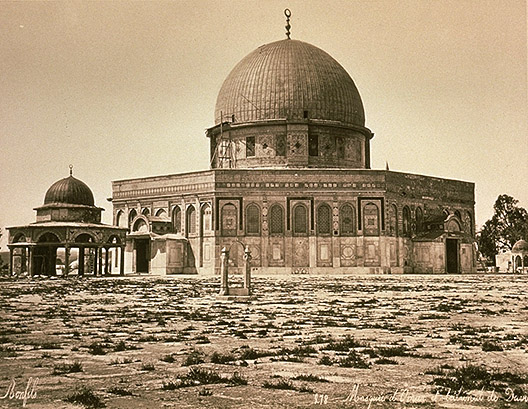 The mosque in Jerusalem with its golden dome is known to Muslims as “Qubbat al-Sakhrah” (Dome of the Rock), and it was completed in 691 CE by the Umayyad Dynasty, the following Islamic caliphate.

It is arguably not permissible for Muslims to pray within Al-Aqsa Mosque and the Qubbat al-Sakhrah, as they are built upon occupied and invaded land. 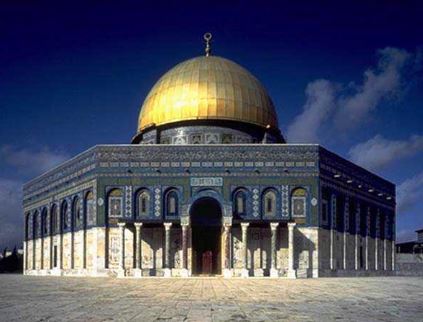 Al Aqsa mosque after 1967 when the Jews recaptured Jerusalem

By the ninth century, the Fatimid Dynasty, a Shia Islamic caliphate, ruled a large area of north Africa. They were also terrorists who invaded Palestine and massacred Christians in Jerusalem for siding with the Romans of the Byzantine, who had attempted to regain their conquered land.

The notorious caliph of the Fatimid Caliphate, Al-Hakim, caused much damage to the entire region, even killing John VII, the Patriarch of Jerusalem, a provocative act that laid the groundwork for the First Crusade. Due to the defeat of the Crusaders, Muslims became the majority, by the sword and not by the pen. 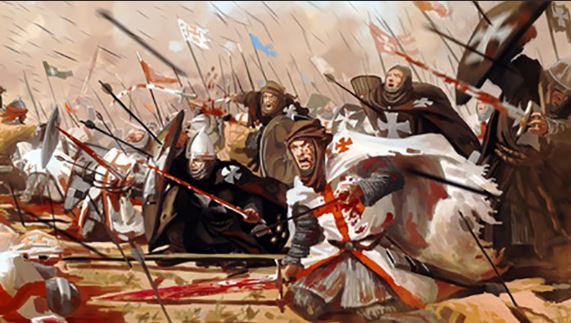 By this time, the entire Mediterranean coast of Palestine had been captured, followed by a series of massacres of the Christian people and a genocide that spread all the way to Damascus and Beirut.

Islam became the established religion of Palestine by the ninth century, and became the majority religion of the region throughout the Mamluk Era, between 1250 and 1516.

Therefore, we Muslims did not enter Palestine as preachers and convert its nation into Muslims. We murdered their leaders and conducted serial massacres led by both Sunni and Shia terrorist Islamic caliphs.

The citizens of Palestine may convert to Islam, but in no way can Palestine be considered Muslim land. Of course, many may dispute this position, but the fact is that the Jews were in this land long before even Christianity arose.

Their ancient cultural links remain unbroken, as in the saying each Passover, “Next year in Jerusalem.”

Our Arab-Muslim ancestors came out of their deserts as conquerors and not as learners, and as guiders who do not seek the guidance of others.

They believed that they had sufficient knowledge and wisdom, and that they did not need to learn anything from others. This delusion of my co-religionists persists to this day, despite the fact that the world has changed.

On the other hand, I do not understand the Muslim struggle for Jerusalem. Islamic laws strictly prohibit relieving oneself while facing Mecca, in fact, toilets in all Islamic countries and most Muslim homes do not face Mecca, out of respect to the holy city.

Yet Bukhari reports that our Prophet Mohammad used to deliberately and repeatedly relieve himself while facing Jerusalem, even though he could have faced another direction instead.

Does it make sense that Palestinians are dying for Jerusalem when their own beloved Prophet used to prefer defecating toward it? 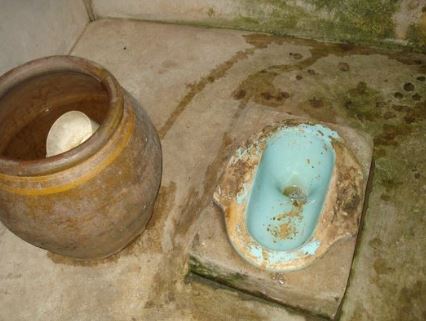 Whether Palestine is Jewish land or whether Israel is a state are two completely different debates. A Muslim may reject Israel being a state, but cannot deny the fact that the entire region, including Palestine, is in fact Jewish land.

Article republished with kind permission of Imam Tawhidi. This article was first published in the Jerusalem Post.

Chinese-Australian politician complains that response to coronavirus is discriminatory