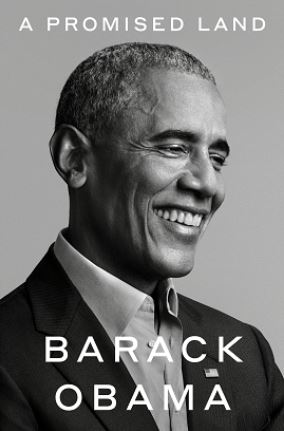 The first question the fawning Scott Pelley of 60 Minutes asked former president Barack Obama during their interview this past Sunday was this: “What is your advice in this moment for President Trump?”

Pelley was referring specifically to Trump’s continued challenge to the posted results of the November 3rd election. “When your time is up, then it is your job to put the country first and think beyond your own ego and your own interests and your own disappointments,” Obama pontificated. “My advice to President Trump is if you want, at this late stage in the game to be remembered as somebody who put country first, it’s time for you to do the same thing.”

More specifically, Obama insisted that Trump should have conceded no more than two days after the election. “When you look at the numbers, objectively, Joe Biden will have won handily,” Obama continued. “There is no scenario in which any of those states would turn the other way and certainly not enough to reverse the outcome of the election.”

Although Pelley was interviewing Obama about his new memoir, A Promised Land, neither of the two obviously thought it prudent to share with viewers how Obama won his first political campaign, a story that Obama tells in his new memoir.

Obama’s political rise began with the fall of one Mel Reynolds, a Democratic congressman from Chicago who made the rookie mistake of getting caught having a sexual relationship with a chatty 16-year-old campaign worker. This led to his indictment by a Cook County grand jury on criminal charges ranging from child pornography to obstruction of justice.

In Chicago, given that it takes an indictment to dislodge a sitting member of Congress, there was a Yukon-worthy rush to fill this open seat.  A likely candidate was Alice Palmer, the state senator from Obama’s district and something of a mentor to Obama. As Obama tells the story, he filed for her Senate seat with her blessing once she declared for Congress. The fact that Palmer was a fellow traveler, if not an outright communist, is a story for another day.

Unfortunately for Palmer, Michelle Obama’s family friend, Jesse Jackson Jr., also decided to file for the seat and bested Palmer in the primary. Like Reynolds, Jackson’s congressional career led straight to the hoosegow. In 2013, as the New York Times reported, “the popular young Democratic congressman” was sentenced to 30 months in the slammer and his wife 12 months for living “lavishly” off campaign donations and failing to report more than a half million on their tax returns. This apple did not fall far from the Jackson family tree.

Having lost in the primary, Palmer filed anew for her old Senate seat, and here is where things got sticky for Obama. “A few of her longtime supporters asked for a meeting, and when I showed up they advised me to get out of the race,” writes Obama. “The community couldn’t afford to give up Alice’s seniority, they said. I should be patient; my turn would come.”

Obama chose not to think beyond his own ego and his own interests and his own disappointments. While trying to rationalize why he should stay in the race, two of his supporters showed up “looking like they’d won the lottery.” Given the prevalence of voter fraud in Chicago, these veteran pols did need much in the way of luck. They just had to know where to look.

The one supporter said of the signatures on Palmer’s petition: “They’re terrible. Worst I’ve ever seen. All those Negroes who were trying to bully you out of the race, they didn’t bother actually doing the work. This could get her knocked off the ballot.”

Writes Obama: “It was true; the petitions Alice had submitted appeared to be filled with invalid signatures: people whose addresses were outside the district, multiple signatures with different names but the same handwriting.”

After months of hearing there is no evidence of voter fraud anywhere, young readers have to be shocked to learn just how casually Democratic politicians resorted to fraud (and still do) in cities like Chicago.

When Obama wavered about challenging Palmer’s signatures, a fellow supporter upbraided him. “If you let this go, you might as well go back to being a professor and whatnot, ’cause politics is not for you,” she told him. “You will get chewed up and won’t be doing anybody a damn bit of good.”

Contrary to the advice he is now giving Trump, Obama did not let it go. He filed a challenge with the Chicago Board of Election Commissioners.  Not only did the challenge take out Palmer, but it also eliminated “several other Democrats with bad petitions.” Obama ran unopposed in the Democratic primary and faced only token Republican opposition in the general election. A career was born.

“Whatever vision I had for a more noble kind of politics,” writes Obama in his memoir, “it would have to wait.” That day has never come. Democratic politics in particular remain as mired in corruption as they were when Obama first ran for office 25 years ago, and he knows this.

Trump has chosen to tackle this swamp monster head on. If Obama were not such a flaming hypocrite, he would applaud the effort. “If you let this go,” an honest Obama would tell Trump, “you won’t be doing anybody a damn bit of good.”