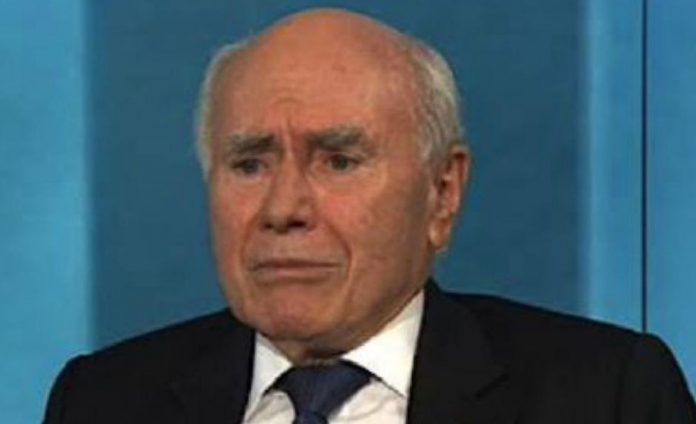 One of the most stupid, inept and cowardly political manoeuvrings of this century was John Howard’s act of giving Malcolm Turnbull the Ministry for the Environment.

This was such a rotten Malcolm Fraser style thing to do. It broke the heart of so many Liberal supporters who were always worried about Howard’s lack of Totalitarian resistance.

The four major reasons for the woeful 2007 win by the incompetent Kevin Rudd were as follows:

1/ Howard’s hopeless conclusion that “The Australian people will never vote in a Labor Federal Government when all the States are Labor.” There is evidence that Howard ran down the State Liberal Arms of the party, purely to achieve this aim.

2/ Howard appointing Malcolm Turnbull the environment Ministry and allowing him to introduce a Carbon Tax – Emissions Trading Scheme. This scheme was devastating to Australia but was likely to be beneficial to Turnbull’s former employers, Goldman Sachs as such schemes would inevitably be run and profited from by large merchant banks.

3/ John Singleton. Singo’s advertising genius is legendary in Australia. He had been close to the Labor Party since his attempt to allow tobacco advertising to continue and the campaign he ran for Kevin 07 was up to his usual standard.

4/ The 2000 GST served to rub out tens of thousands of Self Employed People and Small Business Owning Employers. It created a $7b a year Overseas Internet Goods purchasing scheme which devastated OZ manufacturing, the OZ rag trade, OZ Manchester – in fact, everything OZ.

Had Howard fought 2007 Campaign on a Anti Carbon Tax basis he would have saved Australia from the disastrous Rudd and Gillard years.

Howard did not do that because he was too frightened of Turnbull calling a Spill on him.