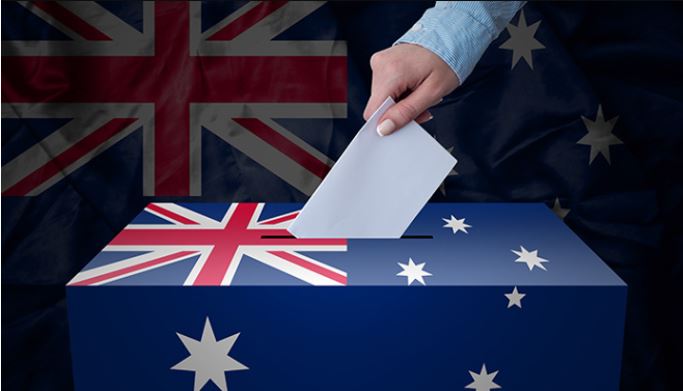 CONTINUED FROM VALUE YOUR VOTE PART 3 –

Compulsory Preferential Voting appeals to political advocates. A Political Advocate is a concerned voter who really wants to help influence an Election Result through active participation in the Campaign Process.

A Political Advocate should have a natural sales capacity, observational skill and a non-argumentative nature.

Political Advocates actively seek out undecided voters or non-motivated voters to bring those “swingers” and “indifferents” on side.

When a rabid Labor Voter is encountered, a smart Conservative (Anti-Socialist) Political Advocate knows to quietly back away and leave alone.

A rusted on Labor Voter is not worth the time, and opposition could motivate them to help the Labor Candidate.

What Socialism does is convert the entire population into either Slavers or Slaves.

In difficult or challenging circumstances Socialists react and Capitalists Create.

Socialists are problem focused and capitalists are solution focused. Whatever you concentrate on grows.

A person should dwell on a problem for sufficient time only to determine a solution.

Then the solution is concentrated on and the problem dissipates.

Unfortunately, as a baby I was smacked with polio. The upside is that I learnt “Observation Skill”.

That gave me the ability to observe others in action so as to figure out how I would do the task.

It also meant that my time exposed to the “Equalism” Socialist brain washing of School Teachers was very limited.

As a result, I am mostly uninfected with problem dwelling, self-apology and limited goal setting capacity.

I also avoided a crippled work ethic that children who attended full time school are often afflicted with.

There are many who spout ridiculous slogans like “One vote one value” or “The preference system is dud” or “The two Party Preferred System keeps the Liberal Party and the Labor Party in Power” or “Liberal and Labor are the same” or “The Nationals are Agrarian Socialists.”

Instead of regurgitating these empty slogans, people need to instead dwell on the fact that the answer does exist.

The wise approach is as follows: “When I bother to recognise a problem, I’m going to work on determining a Solution. This is not a justification for the problem, it is not a way of accepting the problem or berating the problem – the aim should be to dissipate the problem by making the solution grow.”

The reality of Compulsory Preferential Voting is that there is nothing wrong with the recipe.

What is wrong with Compulsory Preferential Voting is how people treat and utilise it.

What creates Political Advocates is the joy of determining solutions to problems, watching the solutions grow and seeing the problem dissipate.

The downside of problem concentration is that the problem grows and creates anger, abuse and blame.

From those negative emotions, a reaction grows – the frown the growl the grimace, the wry face, the smirk and the look away eyes.

Eventually, all we are left with, is a complete absence of workable answers and creativity.

That’s why Socialists advocate for those approaches. That’s why they taught you to think the way you do.

Socialists always want their slaves and potential slaves to react. They never want them to create.

The chances are that if you are reading this that you also want to ensure Election results that keep Labor out of office.

That means that you are a good person who cares about Australians and the defence of the defenceless.

Row the boat, value your vote. When the galley gets going, more and more people will climb out of the sewer waters of socialism’s reaction and row to freedom.

Together, we can use capitalist creativity to solve any misunderstanding of Compulsory Preferential Voting.

The small parties and conservative independents (the Emerging Political Forces or EPFs) will efficiently and effectively use Compulsory Preferential Voting System to ensure that EPF’s at the least command the Balance of Power in Parliaments and keep Labor out.

Hopefully, in time, they will maximize the benefits of Compulsory Preferential Voting so that that the EPVs together can achieve Lower House majorities and form Governments.