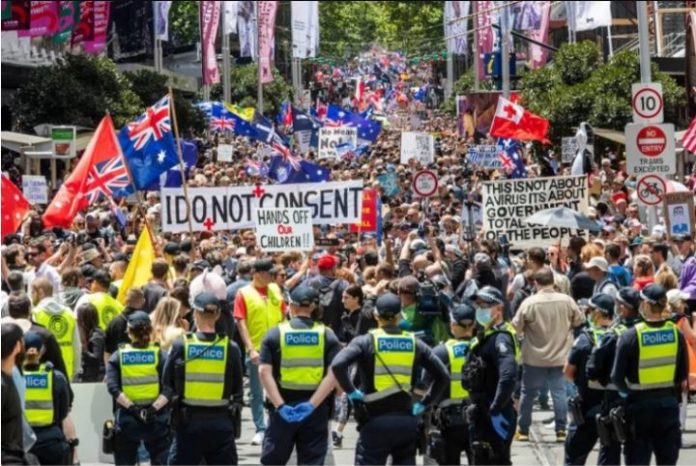 They want to be shown clear, concise and achievable steps that naturally conclude in the fulfilment of a solution that enables their basic freedoms to be restored.

They also want their livelihood and their Nation preserved against the impost of Big Government and Big Business.

The employees of SEE people are fearful as well.

These employees chose to work for Self Employed Employers, really as apprentice employers to learn the skill, the work ethic and business method of operation.

They also want to grow their own aspirations to increase their income by gaining promotion through to management and hopefully one day also making the break for serious self-determination by becoming self-employed as well.

These Employees of SEE people are the very future life blood of our county.

They are as vitally important as the current crop of SEE people are the very backbone of the wealth creation of our Nation.

A SEE person is a Self-Employed Employer who treats their staff like family, who today struggles to stay in business and so keep their employees employed due to the determination of socialist Governments to decimate employers who employ non-Union Labor.

Covid has been used as an excuse by Socialist Governments to drive the SEE people broke. They wanted to transfer the employees who worked as apprentice employers into jobs for Big Business and Big Governments.

Those are the places where Union Membership and entitlements are the focus and increasing income and gaining knowledge and skill and wisdom is all over socialist rover.

So, the Leaders of the wide range of freedom movements that have emerged have harvested interest from concerned citizens who are fearful for the future.

These citizens see pending economic and family disasters with increasing pressure to take the jab.

Unfortunately, there is growing evidence that taking the jab will result in being required to continue to be jabbed with no reassurance and certainly no evidence that future health issues will be improved instead of harmed.

We do know that more people have died from the jab in Australia than from the Covid.

So, let’s start from Checkmate. Lateral thinking is the solving of seemly insolvable problems by working from the desired result backwards and that’s what I intend to do now.

The desired result is a prosperous peaceful country where there is protection against internal and external aggression that will rob us of our freedoms and our country.

Where taxation is not planned in such a way to stop people becoming SEE people and moderated in such a way to benefit Australian Families and Family Businesses and provide due respect and economic congratulations for entrepreneurship.

The Queensland Labor Premier is a dedicated socialist of the worst order. Signs calling her a facist are common.

Her Polling staff told her “Locking down the borders and stopping the tourist industry will win you the election” what the Premier knows is that SEE people and their staff don’t vote Labor.

So what the Labor Party has done is attack the very people who employ the majority of Australians.

The solution is to vote in anti-totalitarian, freedom loving politicians who are dedicated Anti-Socialists who will protect SEE people from Big Govt and Big Business.

We need people in power who will work to Restore Australian Manufacturing (RAM) and cease to allow people to migrate to Australia who plan to turn Australia into a socialist poverty trap.

That means that we have to remove those that want socialism from the Parliaments and that is easy.  It looks hard to do, but it isn’t.

These terrible people had themselves elected and with a forthright plan. They can be replaced with the ballot paper.

Having the balance of power is the first step.

The goal is to dissipate the Socialist Labor Party and the Marxist Greens, to reduce the Liberal Party into Opposition and have the Freedom Parties as a Coalition Government.

Anyone who imagines that Australia can be changed by any method other than with the ballot paper is as wrong and as bad for Australia as every Labor Voting Socialist.

60% of all people attending Freedom Rallies will volunteer to be Street Representatives for their Street to campaign for candidates who say and act on the simplicity of the obvious.

I will give it to you in three sentences now.

The voting system whereby every box on a ballot paper must have a number written in for a valid vote is the very best system of democracy in the world and the only system where majorly view democracy is realised.

Your number ONE preference gets paid cash from a taxpayer fund steal called Electoral Funding. Therefore, you should choose wisely your Number One.

The safest number ONE should be the candidate who says “My How To Vote Recommendation is how I am going to be voting myself and I will be preferencing the freedom Candidates who also show Greens Last, Labor 2nd Last and Liberals 3rd Last.

Sadly, there is considerable lack of understanding around these issues. It is quite common to hear the following idiotic opinions:

“All politicians are the same”

“Bring in one vote one value”

Anyone you hear speaking like this, is lacking in the love and understanding of freedom.

Please feel free to get this draft speech to every Freedom Rally Speaker you may know.

VALUE YOUR VOTE PART 3. OUR VOTE IS THE KEY TO PRESERVING FREEDOM (richardsonpost.com)

PART III – TAKING BACK OUR WORLD FROM THE VANGUARDS